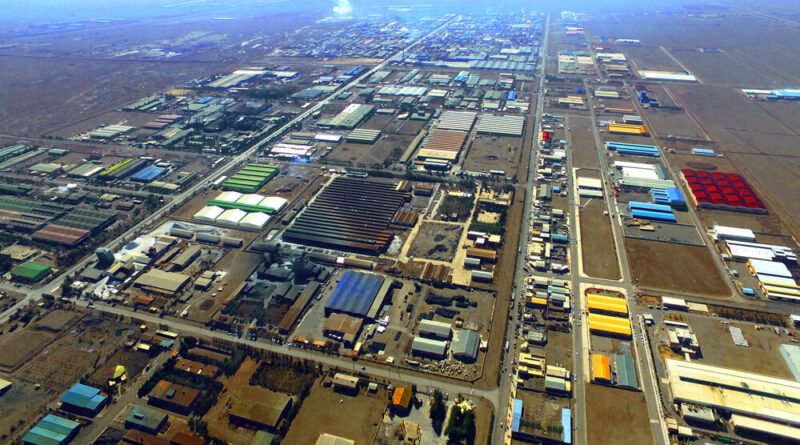 It is impossible not to think of maquilas when one hears talk of Special Economic Zones (SEZ). The first thing that comes to mind is cheap labor, violation of labor rights, increased worker exploitation, low or no taxes and exports. This is what characterizes an SEZ according to the World Bank manuals.

Let us ask ourselves the following question: What is it that would make large foreign capitals move so that, instead of investing in their countries, they come to Venezuela or any other nation? Obviously the maximization of their profit. In a capitalist system, given the labor-capital contradiction, profits will be higher to the extent that wages are lower.

I am concerned about the naivety of those who affirm that there will not be any labor deterioration in the SEZs when it is precisely this aspect that guarantees the highest profits for capital. In any case, and since the deputies of the National Assembly (NA) assure that this law will not violate the constitutional rights of Venezuelan workers and that there will be no exemptions to the Organic Labor Law, the suggestion, so that there is no doubt, is that they make it explicit in the bill. Put it in writing.

What else would make the big foreign capitals enthusiastic to “invest” in our country? That after having obtained extraordinary profits, they do not have to hand them over to the State through taxes and/or tariffs. This is clearly established in the SEZ bill: “they may have the automatic, total or partial refund of taxes for a period of up to ten (10) years” (art. 19). In this regard, what more tax exemptions can be offered to transnational corporations if, since 1999, they do not pay taxes in our territory under the provisions of the Double Taxation Agreement?

Then, for what other reasons would they come? Most probably for what they have always come: to capture cheap foreign currency from the State and to live off the oil income. In the draft law of the ZEE they took care to explicitly guarantee this by assuring them their own exchange rate regime, of free convertibility, independently of what is decided and governed in the rest of the country (art. 25). We suggest reviewing this article. In order to guarantee the principle of territorial integrity, the monetary, financial and exchange system must be unique and equal throughout the territory.

If we look closely, the above three points are not new in our country. So, what makes the difference with this SEZ bill? Why would they come in spite of the economic blockade? There are two issues that concern me: 1) our natural wealth and 2) our territorial integrity and sovereignty.

In the public hearing held on May 262 on this law, it was informed that those territories with large deposits will have priority to establish the SEZs. This is also established in articles 5 and 8 in its numeral 2 of the draft law. We are concerned about the Orinoco Oil Belt with the largest oil reserves in the world and the Orinoco Mining Arc which has the 2nd largest gold reserves in the world (7 thousand TN), the 6th largest diamond reserves (33.8 million TN), as well as one of the largest coltan reserves in the world, among many other minerals. We are also concerned about our coastal fishing riches.

In any case, for the peace of mind of all Venezuelans, if the law is approved, it should be made explicit that all natural wealth belongs to the people (art. 12 of the CRBV), that any mixed association must have a majority shareholding of the State, and that they must pay high taxes and royalties for the exploitation of our resources.

It is not clear in the bill how special these SEZs may be in terms of the legal system and the justice system that governs them. Master Luis Britto says “Sovereignty is the perpetual and supreme power of a political body to give itself its own laws, to apply them with its own organs and to decide the controversies on such application with its own courts.”

It is suggested to clearly establish that under no circumstances will differences and conflicts be settled in alternative means of justice and with arbitration agreements. Likewise, it should be made clear that these zones will be governed by the laws of the Republic, therefore, any exception to guarantee this “special” condition must, necessarily, be approved by the legislative power.

RELATED CONTENT: The Importance of Wages for the Millions of Working Venezuelans

I am alarmed that what is special is so special that the SEZs, having their own special legislation, alternative justice systems, different economic, financial, monetary and exchange systems, but also in areas with abundant natural and border resources, function as autonomous territories, violating the territorial integrity, the security of the Nation and our sovereignty, to the point of possible secession attempts. This is a very delicate aspect that should be protected in the bill to avoid misinterpretations.

The possibility that the transnationals do not deliver to the State the foreign currency obtained from the exports of our natural wealth and what they manufacture in our territory is also a cause for concern. The percentage of foreign currency that they are obliged to deliver to the State must be established, in addition to guaranteeing the principle of the unity of the national treasury. Otherwise, how would it be possible to comply with what has been sold to us with this law: “that foreign currency may enter in order to be able to increase salaries.”

It worries me that, as we say in these parts, the National Executive is being blamed for the SEZs. According to the bill, it is the President of the Republic who has the exclusive power to create, by means of a decree, the SEZs (Article 7). This decision is so transcendental for the Security and Defense of our Nation that it should not fall on one person alone. It should be the product of a debate in the National Assembly. Furthermore, the creation of SEZs implies establishing exceptions to what is established in the laws, which is the exclusive competence of the legislative power. It is suggested to review this aspect.

At this point, it is not very clear to me how this law would allow the cessation of the unilateral coercive measures, as some deputies claim. Why would imperialism lay down its most powerful weapons, the genocidal blockade and the criminal attack on the bolívar, if this law were passed?