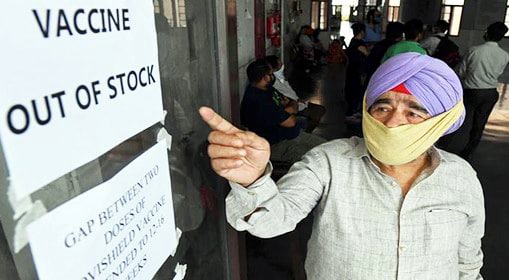 In two months 241 million doses of COVID-19 vaccines will expire, not counting the 34 million that have already expired and were discarded in the USA. These 241 million are part of the 1.2 billion doses left over in the US, Canada, UK, Japan and the European Union, which are also about to expire and will go to the landfill if they are not donated and applied before December of this year (Arirfinity report on COVID-19 vaccine prognosis and expiration for 2021 and 2022).

Despite this, the rich countries and members of the G7 continue to close contracts with pharmaceutical companies to purchase COVID-19 vaccines. According to the purchase schedule until June 2022, and if they apply a third dose to their population, they would have 2.228 billion vaccines left over and most probably expiring by the middle of next year, an amount equivalent to 41% of the 5.4 billion doses required to vaccinate 70% of the population of low- and middle-income countries. Of these 2.228 billion excess doses, 40% will be in US stockpiles, 5% in the UK (121 million), 45% in EU countries (999 million vaccines) and 5% in Canada (111 million) (Airfinity).

The fact that 1.2 billion vaccines are expiring in rich countries while more than half of the world’s population is waiting to be immunized is one more manifestation of the great and inhumane inequalities that characterize the economic system that prevails in more than 95% of the world’s countries. It is one more sign, among many others, of the failure of capitalism to respond to the majorities, the same one that, based on exploitation, gives priority to the profit of a few over the lives of many, the same economic system that some insist on defending and describing as successful because of its supposed “efficiency.”

In this regard, Tedros Adhanom, director general of the World Health Organization (WHO) said: “I must be frank: the world is on the verge of a catastrophic moral failure, and the price of this failure will be paid in the lives and livelihoods of the poorest countries.” He denounced that—even as they advocate for equitable access—some countries and companies continue to prioritize bilateral agreements, bypassing the COVAX mechanism, which is leading to higher prices and greater profits for industry at the expense of less access for the people.

To date, 7.5 billion doses of COVID-19 vaccine have been produced including production in China. About 1.5 billion a month are being produced, apparently the pharmaceutical industry has accelerated production. At this rate, over 12 billion will have been produced by December 2021 (Airfinity). It is the case that, worldwide, 11.3 billion doses are required to immunize 80% of the population over 12 years of age. This means that, if the rich countries did not accumulate and concentrate vaccines that end up expiring in their warehouses and, on the contrary, if there had been a fair, i.e. humane, distribution of vaccines, not only would we have been able to reach the immunization goal before the end of 2021, but we could have avoided one million deaths between now and June 2022. Since the pandemic began, 4,757,000 people have died.

The ever-increasing accumulation and concentration of capital, and therefore of power, is one of the objectives and main characteristics of the mode of production that prevails in the world today, no matter at the expense of what, or rather, at the expense of whom and how many. Humanity has reached the point that, in this superior phase of capitalism, concentration, and with it inequality, is so barbaric that not only 1% of the world’s population appropriates 84% of what the working class produces (OXFAM), but five private companies have today the monopoly and the power to decide who lives and who dies in the world, we are referring to Pfizer/BioNtech, Moderna, Astrazeneca, Johnson & Johnson and Novavax, which share 45%, 24%, 12%, 12% and 6% respectively of the $100 billion world market in COVID-19 vaccines—power that, obviously, is above that of the rulers and the UN itself. We refer to the facts.

The proposal put forward this week by Joe Biden at the 76th National Assembly of the UN to buy 500 million more doses of vaccines from Pfizer to donate them to poor countries, is not only immoral and shameless, when they have just thrown away 34 million expired doses and when 576 million doses that are due to expire between now and December 2021 in that country could meet the same fate, but it ends up being a trap to continue guaranteeing sales, profits, and power to the pharmaceutical companies.

The real solution to the pandemic is not charity, but to intervene in the cause of inequality in access to vaccines. We are referring to elimination of the monopoly of the pharmaceutical medical complex which, in turn, involves lifting one of the most inhumane mechanisms invented by capitalism to legalize and legitimize the greatest concentration of capital and with it such monopolies/private powers: intellectual property rights and patents.

The issue of the concentration of capital resulting in private monopolies is so perverse that the fathers of monetarism/neoliberalism (the most savage of capitalism) themselves recognize it. Friedrich von Hayek, wrote in his book The Foundations of Liberty: “… whenever there is a danger of a monopolist’s acquiring coercive power, the most expedient and effective method of preventing this is probably to require him to treat all customers alike, i.e., to insist that his prices be the same for all and to prohibit all discrimination on his part.”

For his part, Milton Friedman, a disciple of Von Hayek, wrote in his book Capitalism and Freedom: “… The choice between the evils of private monopoly, public monopoly, and public regulation cannot, however, be made once and for all, independently of the factual circumstances. If the technical monopoly is of a service or commodity that is regarded as essential and if its monopoly power is sizable, even the short run effects of private unregulated monopoly may not be tolerable, and either public regulation or ownership may be a lesser evil.” In this capitalist world we live in, and in the midst of the worst pandemic, the immoral governments of the rich countries oppose the elimination of patents, and on the contrary, they insist on legalizing the monopoly and power of the private pharmaceutical industry, no matter how many die.

Featured image: Vaccine out of stock in India