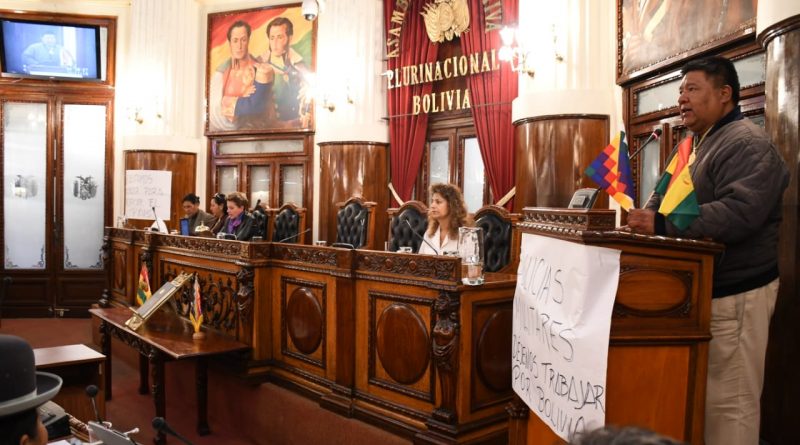 Sergio Choque , leader of the Al Socialismo Movement (MAS) bench, which has a majority in parliament, was elected early Thursday as president of the Chamber of Deputies of Bolivia, a country in political crisis after the coup against Evo Morales. In a session held on Wednesday night and early Thursday, Choque reported that he reached consensus between the parliamentary fraction of the MAS and Deputy Inés López, of the Democratic Unit (UD) flock, to gain the support of the plenary session to assume the presidency of the Chamber of Deputies for this legislative period.

In his first declarations as head of the lower house, Choque asked “the mobilized sectors to calm themselves (…) we can no longer keep confronting each other”.

RELATED CONTENT: Morales: Bolivia Suffers an Assault to the Power of the People

He criticized police repression against supporters of former president Evo Morales, who is in exile in Mexico.

He also announced that he will introduce a bill in the House to send the Army back to its barrack. Choque denounced “a world where fundamental rights are being violated, the right to free expression, to life and education, rights that have been violated by this coup in complicity with the police and the armed forces.” In the elections of October 20, the MAS, led by Morales, obtained more than two thirds of votes in the two chambers of the Plurinational Assembly (parliament) of Bolivia.

Morales, who won the presidency to a fourth term, was forced to resign last Sunday, after violent protests and the “suggestion” to resign made by both the police and the armed forces.