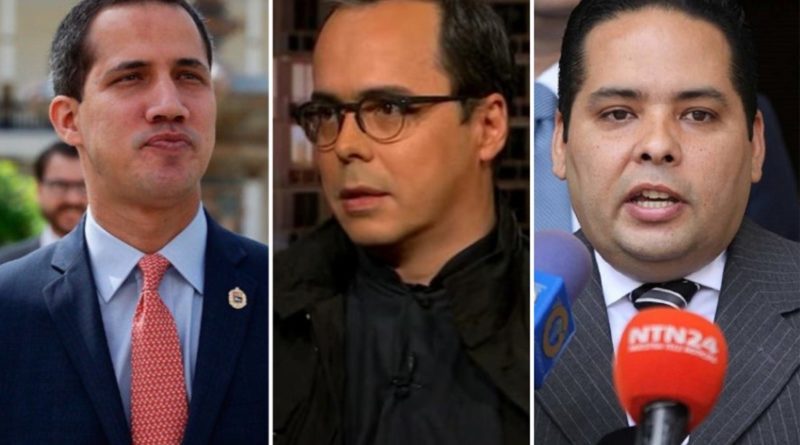 This Monday, the deputy and fugitive from Venezuelan justice, Sergio Vergara, resigned from the position of “Presidential Commissioner” that he held under the virtual “interim” presidency of Juan Guaidó.

In the letter that the deputy published, quite ambiguous and contradictory, he initially recognized the Washington promoted strategy of “all options on the table” to overthrow the legitimate president of Venezuela, Nicolás Maduro.

“All options are on the table, it has not been a mere phrase to impact headlines,” Vergara said in the letter of a phrase used by the US government and its president, Donald Trump.

Similarly, Juan José (JJ) Rendón resigned from the position of “chief strategist” within the fantasy and coup “government” of Guaidó.

Deputy Juan Guaidó issued a statement through the National Assembly (AN) accepting both resignations. Last week one of the most important political parties, forming the core anti-Chavista alliance known in Venezuela as G-4, demanded the resignation of these two operators, making evident the cracks within Venezuelan opposition after the mercenary adventures approved by Guaido. It is to be seen if this move eases the political turbulence inside the G-4.

The two former “officials” and Juan Guaidó were involved in the coup attempt with mercenaries to assassinate President Nicolás Maduro and other senior government officials that was neutralized on May 3.

Featured image: From left to right: Deputy Guaido, Juan Jose Rendon and Sergio Vergara. All invorlves in the US led mercenary operation on Venezuelan shores.