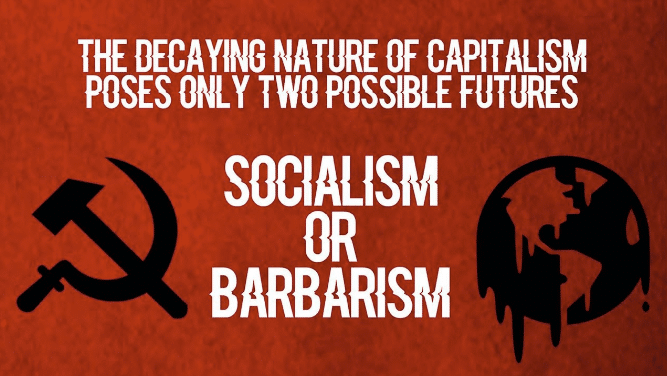 “With every forced postponement, the capital’s systems contradictions can only be aggravated, bringing with them even greater danger for the very survival of humanity. If the next century is really going to be capital’s triumphant “American century,” there will be no more centuries for humans afterwards, let alone a full millennium.

Given the present stage of development, with its greatly intertwined problems crying out for a lasting solution, only a universally viable approach can work. But despite its enforced “globalization,” capital’s incurably iniquitous system is structurally incompatible with universality in any meaningful sense of the term.”

If there were any doubts left that capitalism, even “good” social democratic capitalism, was incapable of meeting the most basic human need, i.e., protecting life, Covid-19 has crushed them. If before the pandemic already around 50% of the world population had substandard or no access to health care, access has now worsened, as chronically underfunded public health care systems are unable to meet Covid-19 and even non-Covid-19 health needs, and basic prophylaxis or treatments against the disease are overridden by the “eggs-in-one-single-basket” approach of patent-protected vaccines. Isolation, depression, and sheer despair are leading millions throughout the world to take away their own lives, whether in poor countries like Bangladesh, or in ostensibly “developed” ones like the United States. If, as sociologist Michael Harrington noted, at the height of capitalism’s Golden Age millions of Americans languished in poverty, its neoliberal version elevated its incapacity to meet basic human needs to unprecedented heights.

In contrast, China, a socialist country, rose from the ashes barely four months after the Wuhan outbreak, and has been, for over a year, exhibiting spectacularly low Covid-19 deaths, supported by a thriving economy “open for business”. Indeed, less than a year into the pandemic, in November 2020, China proudly announced to the world that over 850 million of its citizens would no longer experience extreme poverty and would instead be able to fully enjoy the right to a dignified life. Socialist Vietnam has also been recognized for its quick, efficient, and successful approach to the pandemic. Venezuela, Nicaragua and Cuba, countries with socialist governments, display the lowest rates of infection and death of Covid-19 in Latin America. These successes are being achieved despite the brutal sanctions imposed on them by the “democratic” West – from the longest blockade in modern history in the case of Cuba, to the savage sanctions regime on Venezuela that is preventing the country from receiving the vaccine shipment from COVAX that it purchased and has already paid for.

Even the prestigious medical journal the Lancet, always quick to remind readers that the enlightened West should be concerned with human rights in China, has admitted that countries seeking to eliminate, rather than mitigate, the virus, had been significantly more successful in protecting not only lives but also livelihoods. Predictably, the Lancet managed to keep China out of the comparison, the very country that has shared with the world the “elimination” model. Let us also note that socialism is at least as capable of protecting “negative rights” as are so-called Western democracies, where demands for those rights are squashed in the streets of Paris, the death of black and brown people is normalized in the streets of the United States – alleged to lead the “Free World” against “authoritarian threats” – and crimes against humanity – in Palestine, Yemen, and Colombia, to name a few – are perpetrated with impunity by those to whom these democracies offer political, legal, economic and media cover.

The World Health Organizations has warned that Covid-19 will not be the last pandemic, not even the most lethal one, that vaccines, even if distributed equitably, are not likely eliminate Covid-19 or future, predictable pandemics, and that we, i.e., the world community, can learn from our mistakes, to be better prepared next time to protect human lives. But if the social, economic, and political relationships that structure the lives of millions of us are embedded in a globalized capitalist system, can we hope the system will learn? And if so, what will it learn? It certainly will not learn to protect human life – it never was its goal. This is why as recent as May 29, 2021, socialist countries like China, Vietnam, Cuba, Venezuela and Nicaragua had limited Covid-19 deaths to 3, 1, 83, 91 and 29 per million compared to 1,860 in the USA, 1,873 in the UK, 670 in Canada and 1,672 in France – exemplars of so-called capitalist democracies – even as wealth has concentrated to obscene extremes. These extraordinarily poor health outcomes at the pinnacle of the capitalist world do not indicate the failure of capitalism but rather its resounding success.

If “really existing capitalism” had managed to contain the pandemic as competently as “really existing socialism”, millions of lives would have been spared. With vaccines in the horizon, the incompetence of capitalism to protect life is once again in stark display, with, according to WHO Director, the specter of vaccine apartheid looming in the international horizon. Why? Because the capitalist West, when it is not hoarding vaccines, is using the weapons of “free trade” to impose protectionist barriers rebranded as “rights” to prevent the poor of the world to share in the wealth of taxpayer-funded knowledge to develop their own remedies. Unsurprisingly, while in wealthy countries like Canada as of June 2021 65% of the population had received at least one dose of a Covid-19 vaccine, in Sub-Saharan Africa less than 1% of the population had. We also know well that capitalist forces will not tolerate “the threats (or hopes) of good examples”, one like China, poised to distribute millions of doses for free to those left behind by capitalism, or like Cuba, committed against all odds to continue displaying its extraordinary medical solidarity – one that should put the capitalist world to shame.

We must demand change and fight for better alternatives. If not now, when? 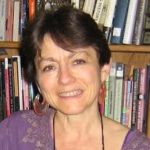