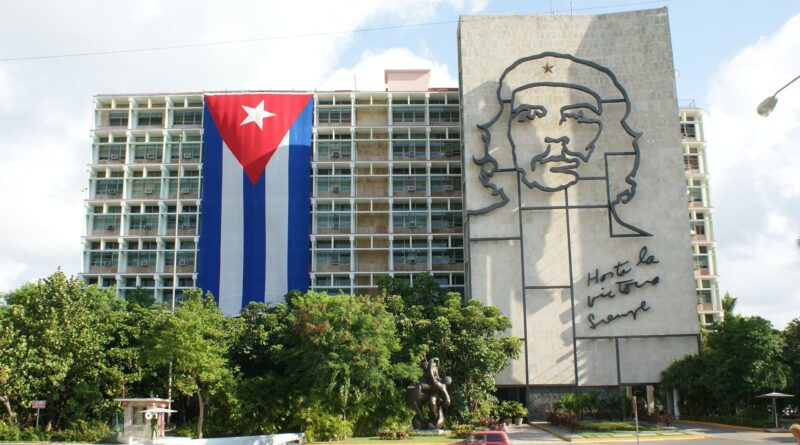 Never underestimate the cynicism of American corporate media. As the Scotland-based historian Helen Yaffe recently observed on Counterpunch, the socialist state of Cuba currently has five COVID-19 vaccines in clinical trials “and is set to be among the first nations to vaccinate its entire population.” Further: “Cuba has gone on the offensive against COVID-19, mobilizing the prevention-focused, community based public healthcare system to carry out daily house visits to actively detect and treat cases and channeling the medical science sector to adapt and produce new treatments for patients and COVID-19 specific vaccines. These advances bring hope not just for Cuba, but for the world.”

Cuba has one of the lowest COVID-19 infection rates and one of the lowest COVID-19 death rates in the Western world. The relatively small island nation is the only Latin American country to have developed its own vaccine. We can expect Cuba to export its vaccine, as it has long exported its surplus medical workers, to other nations within and beyond Latin America. By the end of the year, the island nation of 11 million should be able to produce 100 million doses.

The Cuban accomplishment, achieved despite the United States’ draconian blockade, is remarkable. As Jaffe notes, it’s all about the socialism, the creation of a society outside and against the rule of imperialist capitalism. “Cuba,” Yaffe writes: “has become a world-leader in biotechnology because it has a socialist state with a centrally planned economy, that has invested in science and technology and puts human welfare before …capitalism and greed…. it is the absence of the capitalist profit motive which underlies the outstanding domestic and international response to COVID-19 by socialist Cuba…”

Indeed. Socialist Cuba, founded in part by a Marxist physician (Che Guevera) who said that love for one’s fellow human beings was at the heart of being a revolutionary, puts humanity first, without concern for private accumulation and return. Imagine.

RELATED CONTENT: Another Weapon in the Cultural War Against Cuba

But journalists Anthony Faiola and Ana Vanessa Herrero, reporters at the longtime CIA-affiliated Washington Post, know better. All they can see in socialist Cuba’s humanistic COVID-19 achievements are an attempted “public relations coup for an isolated country that was added back to the U.S. list of state sponsors of terrorism in the final days of the Trump administration.”

The Yankee journalists with Hispanic names comment not on the many lives Cuba’s vaccines will protect and save but on how the Cuban vaccines “could make Cuba the pharmacist for nations lumped by Washington into the ‘Axis of Evil’ and ‘Troika of Tyranny’” – Iran and Venezuela.

Faiola and Herrero have nothing to say about the vicious Orwellian absurdity of Washington designating Cuba a terrorist state and lumping Cuba, Venezuela, and Iran into a “Troika of Tyranny – or of Washington’s longstanding enforcement of Cuba’s “isolated” status (punishment for the unforgivable sin of breaking off from U.S.-imperialist rule).

But the imperial scribes Faiola and Herrero are happy to quote the right-wing Cuba critic Eric Farnsworth, vice president of the U.S.-dominated Council of the Americas, on how Cuba’s vaccines will “soften the image of a country that’s being accused of doing some pretty bad things. It undermines the message that Cuba is a broadly authoritarian country that can’t produce anything good,” Failoa and Herrero write.

And who puts out that slanderous image and message of Cuba, a beacon of humanitarian and egalitarian policy and values? United States propagandists like Eric Farnsworth, of course, with help from their good friends at the Washington Post and other major U.S. media outlets.

The Post reporters also accuse Cuba of trying to profit from “vaccine tourists” and vaccine exports, as if there would be something wrong with the socialist nation trying to pay for its outstanding experiment in non-capitalist life over and against Uncle Sam’s brutal embargo and sanctions.

Never mind that, as the reporters note, Cuba “will provide its vaccines free or at cost to poorer nations.”

Oh, “But,” Faiola and Herrero write, “it could charge a premium to others, making money in a manner similar to the profits it reaps from its medical brigades, or emergency teams of doctors and nurses experienced in combating global outbreaks and dispatched in large numbers last year to aid hard-hit countries in the coronavirus fight.”

Profits for who? For Cuban Big Pharma executives living in grand, super-opulent mansions, with armed security personnel guarding absurdly wealthy occupants against desperately poor masses living in sprawling slums like the ones that pockmark Latin American cities like Bogota, Quito, Lima, Sao Paolo, and Rio de Janiero? No, for the Cuban socialist state and its extraordinary medical-industrial complex and educational system, which serve a nation that remarkably combines a high standard of living with a low carbon footprint.

“A successful vaccine.” Faioa and Herrero observe, “could become a vital new source of revenue for Cuba, which has been suffering a brutal economic crisis that has citizens waiting hours in line to buy scarce food, soap and toothpaste. The economy worsened under Trump-era sanctions that tightened the long-standing U.S. economic embargo of Cuba by curbing remittances, scaling back U.S. flights, ending cruise ship passenger traffic and further complicating Cuba’s access to the global financial system.”

Well, gee, then let’s wish Cuba well in its vaccine development, no? Let’s end the embargo and remove the sanctions in order to help assist this remarkable island nation in its noble effort to fight death and disease, yes?

There’s no positive endorsement of Cuba’s achievement to be found in Failoa and Herrero’s report, of course. Their story ends with a quote from a Cuban government opponent who says that “Cuba thinks that this vaccine will give them political credit. If anything, this will serve as [more] propaganda.”

Imperial cynics and propagandists can only see the world through the lens of cynicism and propaganda, which they project on to others.