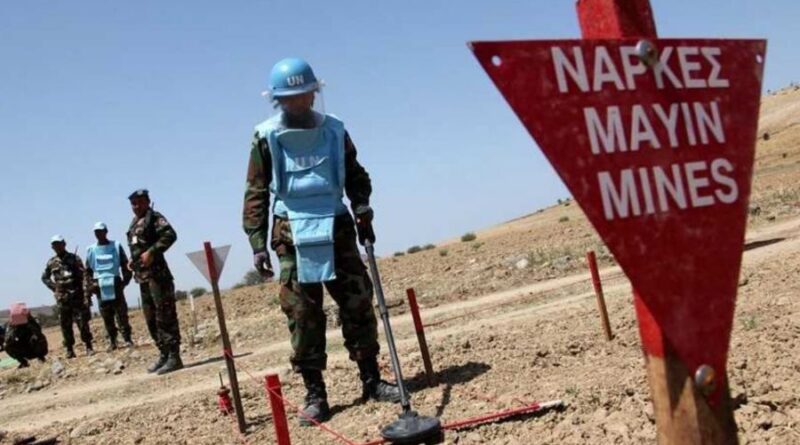 This Monday, April 5, it was reported that the Venezuelan government requested United Nations (UN) cooperation to eradicate the antipersonnel mines placed in Apure state, bordering Colombia, by drug trafficking groups from Colombia.

In this regard, Venezuela’s Foreign Affairs Minister, Jorge Arreaza, sent a letter to Ilene Cohn, deputy director of the UN service in charge of this range of issues. Arreaza recalled that on May 27, 2013, Venezuela was declared a landmine-free territory.

In this sense, the Minister of Defense, Vladimir Padrino López, stressed that the text of the letter indicated that Venezuela has complied with all of its international commitments and obligations under the convention on storage, production, and transfer of antipersonnel mines and their destruction.

“In this letter, the United Nations is officially requested to provide its impartial experience and knowledge to the Bolivarian National Armed Forces, that is entrusted with the defense of our country by the National Constitution,” said Padrino, “particularly through the provision of technical assistance and advice.”

Likewise, he confirmed that according to the most recent report, the FANB has already deactivated 16 of these explosive devices in areas surrounding the town of La Victoria, Apure state. He recalled that these mines put not only military personnel at risk, but also the civilian population, including children who live in the area.

Padrino López added that the FANB has training and instruments to clean up the entire conflict area in Apure state, for which they remain deployed in the region. However, he confirmed Venezuela’s interest in maintaining greater interaction with the United Nations to ensure adherence to current procedures and standards in place for this issue.

Coexistence and binational peace
Similarly, Minister Vladimir Padrino López, made reference to another letter sent by the Venezuelan government to the UN Secretary General, António Guterres. In this letter the ministry stated its opinion that the current situation on the border between Colombia and Venezuela exceeds historical parameters.

“It is necessary to work together to put an end to all those activities that irregular groups carry out on our borders, on the fringes of the law, undermining the security and well being of civilian populations on both sides,” said the letter. 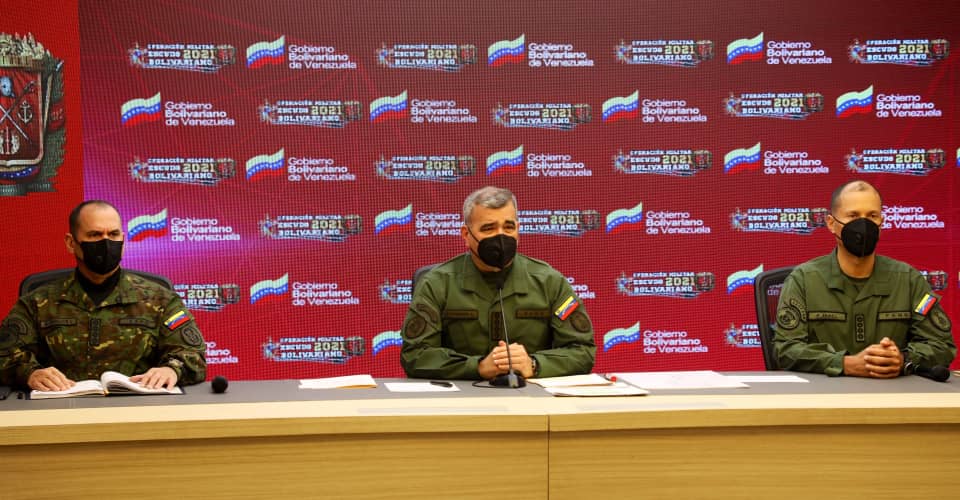 Likewise, Venezuela issued a request to the UN Secretary General to interpose his good offices with the Colombian government to establish a direct and permanent communication channel to facilitate the resolution of binational issues.

Padrino also explained that President Nicolás Maduro asked to send another, broader document to the director of the United Nations Security Council. This statement explains in detail the criminal techniques that terrorist drug traffickers have employed in Apure state.

“The letter says that we must acknowledge the truth: Colombia has decided to return to war,” he added.

More alleged displaced Venezuelans in Arauquita (Colombia) than the entire population of La Victoria
In connection with the media narrative launched from Colombia and replicated by mainstream media about the humanitarian situation of some residents of La Victoria who sought refuge on the Colombian side of the border, the Venezuelan minister did not deny this version of events, but clarified that the statistics in these reports do not make sense to him in terms of real numbers.

Padrino stressed: “According to the census, 3,500 people live in La Victoria, but they say that 6,000 people traveled to Colombia [seeking refuge], and immediately the Colombian Minister of Defense went to do a show there.”

The Mayor of La Victoria, José Maria Romero, pointed out last Sunday that Colombian authorities have imposed restrictions on the return of some displaced Venezuelans, using the surge of COVID-19 cases in the area as a pretext.

Experts argue that Colombian authorities need incidents like this to keep collecting international funds that most of the time end up in the wrong hands, and also to push their anti-Venezuela and anti-Chavista campaign promoted in tandem with the United States.