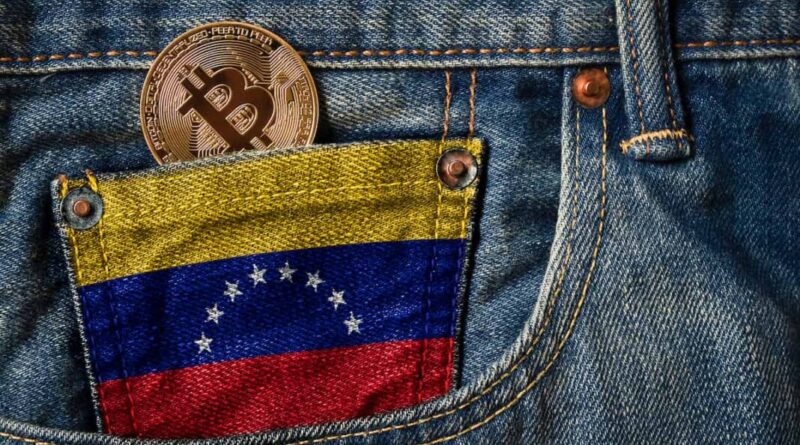 The head of the Southern Command, Craig Faller, acknowledged in a press conference that in Venezuela the use of cryptocurrencies has increased to evade sanctions and the financial and economic blockade imposed by the United States, reported last Monday, October 5 “Miami Diario” on its Instagram account.

Faller linked the increased use of cryptocurrencies in Latin America to the Venezuelan government. In addition, he said that Southern Command is focused on investigating this growth of the crypto ecosystem in the region.

“That 60% of the world’s cryptocurrencies are in the Southern Hemisphere has to do with Venezuela,” and also with the participation of Iran, Faller said. That is why it is doing a “center of gravity analysis,” he added.

Reactions to Faller’s statements.
After Faller’s statements, published on Instagram by various media, the reactions of users on this social network began. “It seems perfect to know that cryptocurrencies cannot be tracked by any country and confiscated … that is freedom, not the garbage of dollars that if they want to, they take it away from you without being able to do anything or they block your access to your trading system …”, tweeted @axelerum.

For their part, spokespersons for the Venezuelan Executive pointed out that Faller’s statements revealed “more plans by the US to illegally overthrow, through force and sanctions, the democratically elected government of Nicolas Maduro.”

Venezuela, cryptocurrencies and foreign trade
Morocotacoin reported on September 30 that an Anti-Blockage Law was presented in Venezuela to promote the use of petro, bitcoins and other cryptocurrencies, among other economic measures designed to counter the undeclared US war against venezuela.

“The petro and other Venezuelan and world cryptocurrencies must be taken into account for internal and external trade,” due to the financial and economic blockade that the United States has imposed on our nation, said the Venezuelan executive.

The government also presents in this project a balance of all the damages that the sanctions have caused to the country. They pointed out that “the persecution” of the state oil company PDVSA “has cost the Republic around 65 billion dollars.”

Here you can read the first draft (in Spanish language) of the Anti-Blockade Law.

Cryptocurrency remittances
Due to the blockade, the Venezuelan government and teams in different government agencies have been taking measures to receive remittances through bitcoins and other cryptocurrencies.

A few days ago, the Patria System reported that work began to update both the remittance platform and the currency and cryptocurrency exchange system, Morocotacoin reported on September 3 of this year.