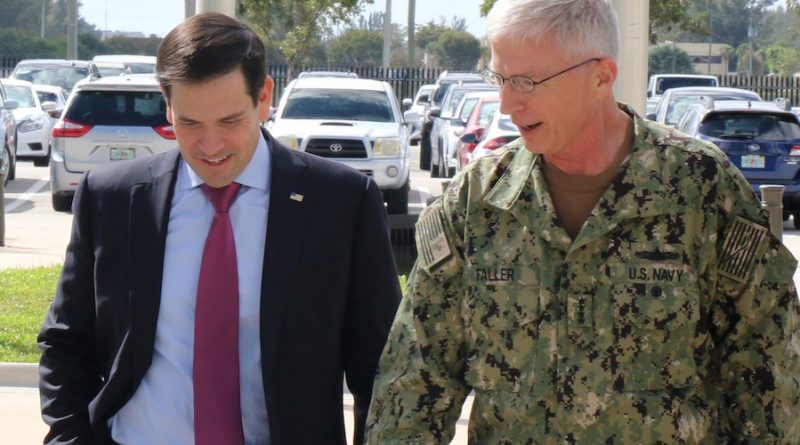 The head of the Southern Command said that the US Navy will implement the political decisions that are necessary to further encircle President Maduro.

Meanwhile the regular Chavista population in Venezuela made fun of this new threat from the US commander that only this year has made at least 3 other similar statements. “We are getting bored here, let’s have them come and we will receive them with roses”, was the saying among Chavistas in Caracas yesterday.

Admiral Craig Faller, head of the U.S. Southern Command, made these statements in Rio de Janeiro during the beginning of the Unitas maritime military exercise, in which nine Latin American countries participate annually, in addition to the United States, United Kingdom, Portugal and Japan.

Diosdado Cabello, the first vice president of the PSUV, has said also several times that the gringo marines might enter Venezuela, “the problem is how they are going to leave Venezuela”, referring to the solid decision of Chavismo and its leadership to give their lives to teach a lesson to the arrogant gringos if they dare step on the land of Bolivar.

“I will not detail what we are planning and what we are doing, but we remain ready to implement political decisions and are ready to act,” Faller told reporters.