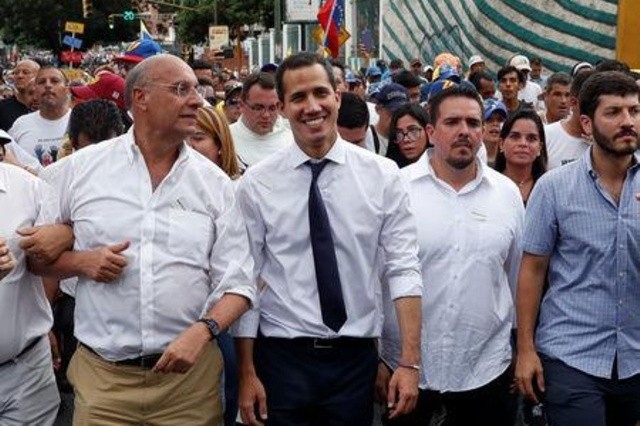 The Venezuelan opposition delegates who are part of the dialogue table with the National Government, under the auspices of Norway, will travel to the United States this week to hold meetings with authorities in that country. The purpose is to review the points addressed in the negotiation process, such as possible presidential elections.

According to four sources consulted by Reuters, the opposition delegates will review with the US authorities the points addressed so far in the dialogue. One of them is a tentative presidential election, according to Reuters.

Last May, the opposition and the National Government initiated the first round of the dialogue process.

However, this approach between both parties was tarnished when on August 5 President Donald Trump signed a new Executive Order against Venezuela to freeze the country’s assets in US territory and imposing a de facto blockade.

The conclusion of these unilateral coercive measures by an opposition sector led Venezuelan President Nicolás Maduro to decide to suspend the presence of the government delegation at the dialogue table in Barbados, scheduled for August 8 and 9.

Reuters sources, three anti-Chavistas and one Chavista, said that during the weeks of talks between representatives of the government and the opposition, held in Barbados, holding presidential elections was proposed.

The opposition presented at the table an agreement for the elections to be held with a prior change in the electoral and judicial powers and within a period of 9 months.

According to one of the sources, the government would have accepted the proposal, but requested a 12 month preparation term, with Maduro as a candidate and with the lifting of unilateral coercive measures, imposed by Washington.

For their part, the United States authorities would be in favor of the elections, but without Maduro being a candidate, this being the point of discussion, according to the information provided by two of the sources consulted.

A delegation from the Norwegian Government was in Venezuela last week to meet separately with the parties in order to try to re-establish the dialogue. However, there is still no date to resume the dialogues, because the government has not answered, said one of Reuters sources.