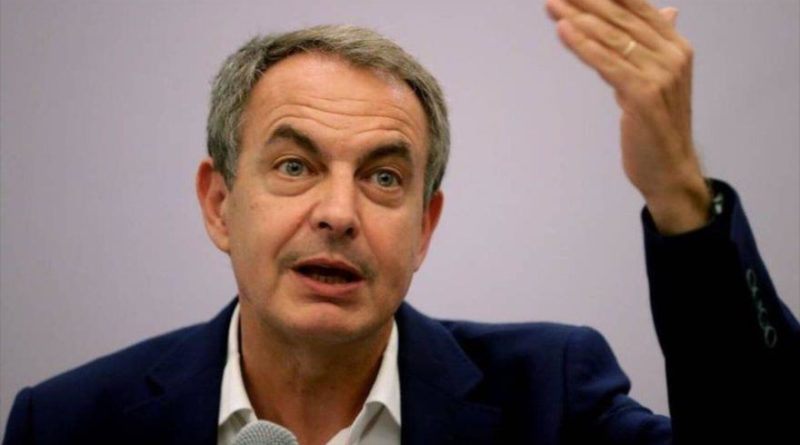 For Zapatero, Guaido’s participation in Operation Gideon has caused repentance among those who recognized him as interim president of Venezuela.

Former Spain Prime Minister José Luis Rodríguez Zapatero believes that there are governments that regret having recognized opposition leader Juan Guaidó as interim president of Venezuela back in early 2019.

“I do not know if they will say it in public, but that reflection is there,” Zapatero said during an interview with the Argentine radio station Radio La Pizarra.

His statements are based on the global disappointment that Guaidó has created, whose leadership has been overshadowed after his participation in the failed Operation Gideon, intended to assasinate Venezuelan President Nicolás Maduro.

The Spanish politician has stressed that, now, “silence” is imposed, which, in his opinion, is equivalent to “lowering the head” of those who made a mistake supporting Guaido, and he has referred to the recent declarations of the US President Donald Trump, about his willingness to speak to Maduro.

“We have seen the statements of Trump himself who later wanted to correct the course. We will not go any further,” he added.

RELATED CONTENT: Puebla Group: Analysis Regarding the Role Played by the OAS in the October 2019 Bolivian Elections

In another part of his statements, Zapatero has stressed that the dialogue between the government and the Venezuelan opposition will give greater stability to the country and will re-emerge strongly, once the political landscape in the South American nation is clarified. In this sense, he has reproached the time that has been taken from Venezuelans by reinforcing “one part” through the international community, instead of promoting a true process of dialogue.

“Venezuela, a country that at the moment receives political, economic and social oxygen, will reemerge with force. It has great potential. Human quality. A lot of people will come back,” stressed the former president.

Zapatero has also valued the unswerving will of the Venezuelan people to maintain peace, which, despite conflicts, interference, messages from outside, has not wanted confrontation. “They wanted to keep the peace,” he said.

Since 2016, Zapatero has worked as a mediator, which has resulted in the release of some political prisoners, but which ended in failure in 2018 because the majority of the opposition perceived the Spaniard as a figure too close to the Maduro government.