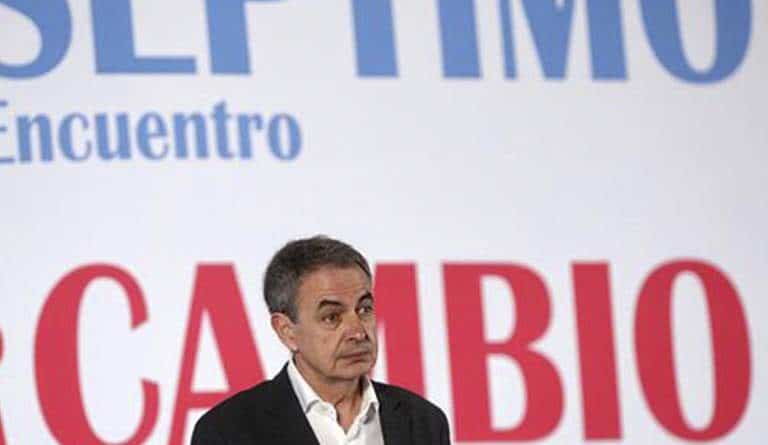 Former head of the Spanish government, José Luis Rodríguez Zapatero, urged a resumption of the meetings between the government of Venezuela and the opposition, in the dialogue known as the Mexico Talks, which were suspended after the kidnapping of diplomat Alex Saab by the United States.

During his participation in the assembly of the Puebla Group, the former Spanish prime minister said that “it is the only way” to advance in solving the problems that the country faces.

“My opinion is that the dialogue that has been taking place in Mexico between the opposition and the government of Venezuela is a fundamental and necessary step,” Zapatero said. “I have always defended dialogue.” The comments were reported by the EFE news agency.

“Dialogue should be resumed,” he said, “to advance in what seems to me to be the most fundamentally important—to recover basic consensus, the spirit of coexistence and the recognition of each party by the other.”

On several occasions, Zapatero has stressed the importance of resuming the dialogue between both parties.

His last call was during the elections on November 21 —when he participated as an international observer—in which he reiterated that the elections themselves were the product of the dialogue in Mexico.

“We will open the door for dialogue to persist,” Zapatero said at that time. “Let us put more emphasis on reunion. Let us all think about the future of this country, of what its people deserve, of overcoming difficulties, of putting good faith above all, because this society in recent years has suffered too much, and it needs a new hope.”

“Thinking of the continent, the election of Chile is very significant,” Zapatero commented. “I think that the extreme right will not win. I also think that Bolsonaro will lose, and even in Colombia there may be a change.”

Zapatero also insisted on the need for the integration of Latin American countries: “Hopefully we will reach an international political community at some point, a kind of global government. But for now regional integration is very important.”