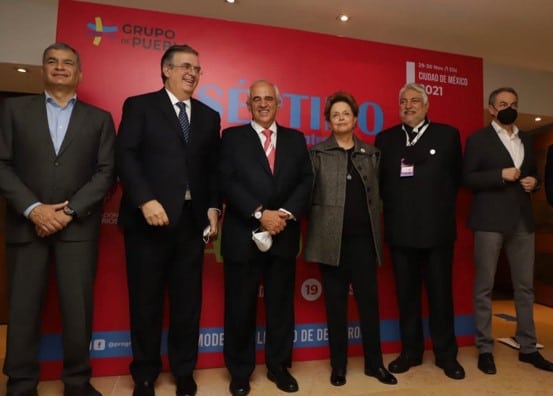 On Wednesday, December 1, the Puebla Group called for leaders to close ranks in the face of extreme right-wing maneuverings in Latin America, in order to defend the victories of the progressive currents in various regional electoral processes.

At a conference held in Mexico with some 200 regional political leaders in attendance, including five former presidents and representatives of 19 countries of the continent, the group debated the day before on the political, economic, and social challenges to be faced in the immediate future.

They also reviewed the main political events that have hampered the advance of progressive and left-wing projects during the last decade, such as the coups d’état against the governments of Juan Manuel Zelaya in Honduras (2009) and Evo Morales in Bolivia (2019), reported Prensa Latina.

Along these lines, they discussed the political trials that, with obvious destabilizing purposes, removed Fernando Lugo from the presidency of Paraguay in 2012, and Dilma Rousseff from the leadership of Brazil in 2016.

These uses of legislative persecution, or lawfare, were applied as a method to prevent leaders and forces of the left from carrying out their political projects, a maneuver also used to rupture institutional order and override the will of the majority.

Such was the case of former presidents and candidates for public office Rafael Correa and Luis Ignacio Lula da Silva, in Ecuador and Brazil, respectively, politically disqualified from participation in elections in order to prevent their victory at the polls, thus clearing the way for right-wing candidates to win.

Another point raised was the recognition of the important electoral victories of the progressive forces, and the need to create and articulate strategies that contribute to the strengthening and the defense of these governments. In this way, they would be in a better position to face common challenges for all Latin American countries, such as poverty and inequality, in one of the richest regions on the planet.

The 7th Meeting of the Puebla Group concludes today, and it is expected that during the course of the day they will issue a statement in which they summarize the most important points discussed and their future plans.