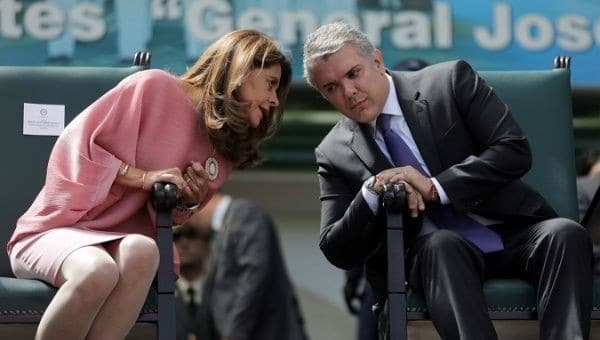 Referring to a study, Colombia’s attorney general says that social leaders who are members of Communal Action Boards are targeted more frequently by paramilitary groups.

Colombian Attorney General Nestor Humberto Martinez says that the greatest number of Colombians murdered over the past two years since the peace agreement was signed are social leaders who serve on Communal Action Boards (JAC).

“The greatest number of (murders) are of members of Community Action Boards,” said Martinez in a statement.

JACs began in the 1950s and are local-level councils where citizens decide upon, plan and develop community projects based on their own needs. The majority of JACs are in rural areas and members include mainly low-income Campesino, Indigenous, and Afro-Colombian members of society.

The information, based on a report from the Office of the Ombusdsman, says that 37 percent of the 431 assassinations between Jan. 1, 2016 and Dec. 31, 2018 were JAC members or leaders.

According to Martinez, the assassinations of JAC leaders is “passively systematic.” The attorney general says that those responsible are paramilitary groups “such as the ‘Gulf Clan’ that works on behalf of narco traffickers and ‘Los Caparrapos’ ” he added.

Other organized crime rings suspected of taking part in the slew of killings over the past two years include Los Pelusos and the Black Eagles. However, 35 percent were killed by individuals with no known links to a criminal ring.

Interior Minister Nancy Patricia Gutierrez says there has been inadequate protection for people who serve as JAC members because there are so many of them.

“There are more than 62,000 Communal Action Boards registered in the country with around four million members making their protection quite complex,” the official said in a statement.

The attorney general assured the public the murders would not go unpunished.

However, the vast majority of the 189 kidnappings over the same amount of time remain immune to justice.

Nearly all of the killings took place in rural areas in departments along the coast, such as Cauca, Valle del Cauca and Nariño that are rich in mineral deposits for mining and have fertile soil that criminal rings seek for growing cocaine, which Campesino and Indigenous people use for growing vegetable and corn crops. These were also the departments that voted against right-wing President Ivan Duque and for left-leaning Gustavo Petro in the country’s electoral run-off last June.

Indigenous people made up 13 percent of those killed and farmers 10 percent. Union leaders and social leaders, Afro-Colombians and LGBTI population were the other main murder victims.

So far this year at least six social leaders have been murdered.

Land rights activists and member of a Victim’s Roundtable Maritza Quiroz Leiva was gunned down on Jan. 6 by armed hitmen who entered her rural home in San Isidro in Colombia’s Caribbean region. Her husband had been killed over the plot of land on which she killed. Prior to his death Quiroz’s husband had recovered the land after having been forcibly displaced from his home by armed groups.

No one was guarding Quiroz’s home at the time of her murder even though she had requested this from authorities after being threatened several times. Duque has offered no solution yet to the systematic killings.