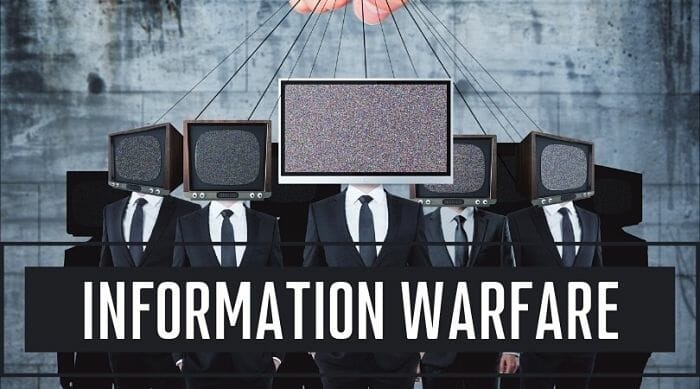 We must ensure that any coup attempt, destabilizing, demoralizing or manipulative action – economic, military or financial – financed by the CIA or its planetary network of accomplices, is immediately reversed and returns to them like a boomerang that explodes in their faces

Let us put the dispute for meaning on the agenda of all our struggles. We must go deeper in the grassroots debate about its means and ways, the agenda of the communicational war (monopolistic and global) but we must develop methods of deepening and argumentation far removed from the hegemonic logic and pedagogy infiltrated in what we understand by communication and by war. It is neither about communication in its generic bourgeois use (almost platonic), nor is it about conventional war. This is where the challenge begins.

In more than one sense, the first skirmishes of a semiotic guerrilla war must take place in our own heads. It is necessary to extract the bourgeois ideological devices that force us to think about communication as it suits the enemy. We must rid ourselves of the ideological subtleties of foolish skepticism – and Superman individualism – from which no one is safe (with due exceptions), given that the vast majority of us have lived exposed, 24 hours a day and for decades, to radiation from the bourgeois ideological Chernobyl in the mass media.

We must get out of our heads any petulance that leads us to believe that we know it all, and that we are common sense experts in media management. This has produced an untold amount of confusion, chaos and wasted time, as a result of the assumption that there are geniuses who are naturals in manipulating the masses. Betting on the charisma formula in addressing the multitudes. A messianic ideology.

Neither its logic, or its aesthetics, can be imitated. It cannot be assumed that by copying their artifices, we will achieve the successes they have. The key lies not in copying them but in fighting them, defeating them from the very heart of their semantic, syntactic and pragmatic contradictions, with our feet planted firmly in the soul of the class struggle and concrete battles, where these are manifested most sharply. They attack us with seductions of all kinds; they attack us with argumentative missiles disguised as slogans; they attack us with enormous repertoires of temptations and luxuries under the cloak of an ideologized aesthetic around commodities and the accumulation of wealth at any cost. Their technological and ideological arsenal has created the semantic spheres of consumption, and moreover, as they attack us by seducing us, they strengthen their arsenals and their fields of meaning, which are nothing more than concentration camps full of kidnapped consciences.

Our social bases need a methodology for self-criticism. There is an urgent need for a deep, decisive assessment of the consequences of the media violence suffered by our peoples. We need a map, or an x-ray of the disaster, reproduced with all subjectivities. We urgently need a thorough effort to evaluate and systematize the keys to our great semiotic victories, from the October Revolution to the present day. This should be a new Universal Charter for the media and cultural emancipation of our peoples, but we need resolute organization and coordination to close the path to the imperial arsenal which is systematically updated to attack more ubiquitously and rapidly. We need tactics and strategies to respond, in real time, to the offensives, but with our own theoretical-practical tools for revolutionary symbolic planning.

If we only produce lamentations (however scientifically based), we are only producing reports on our casualties, losses and setbacks, which the class enemy values highly. We do the work for them of explaining how they harm us. We urgently need a “What is to be done?” in terms of concrete answers for the short, medium and long term. We need the inter, multi- and trans-disciplinary participation of all experts committed to emancipation and ending capitalism. Talented specialists in the struggle against symbolic manipulation and creative forces in the sciences and the arts.

We must ensure that every coup attempt, destabilizing, demoralizing or manipulative action (economic, military or financial) financed by the CIA or its planetary network of accomplices, is immediately reversed and returns to them like a boomerang that explodes in their faces. We need vaccines against bourgeois ideological viruses, and we need a method of symbolic production that advances in the territory of critical, emancipatory, anti-imperialist and anti-capitalist thought. “Fighting Capital”, as the Peronist hymn advocates, for example, and as the entire history of the Patria Grande demands. There is no time to lose. The art of media warfare must be re-conceptualized, rewritten and consolidated as a new and central instrument for the democratization of information and communication. Or we will continue facing the dangers and paying a very high price in the form of absolutely unjust consequences. 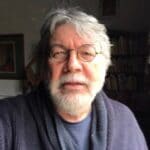 Fernando Buen Abad Domínguez is Mexican by birth, (Mexico City, 1956) specialist in Philosophy of Image, Philosophy of Communication, Criticism of Culture, Aesthetics and Semiotics. He is a Film Director graduated from New York University, a Bachelor of Communication Sciences, a Master in Political Philosophy and a Doctor of Philosophy. Member of the Consultative Council of TeleSUR. Member of the World Association for Semiotic Studies. Member of the International Movement of Documentalists. Member of the Network of Intellectuals and Artists in Defense of Humanity. Rector-founder of the University of Philosophy. He has taught postgraduate courses and conferences at various Latin American universities. He has obtained various distinctions for his intellectual work, including the Simón Bolívar National Journalism Prize awarded by the Venezuelan State. He is currently Director of the Sean MacBride University Center for Information and Communication and of the Institute of Culture and Communication of the National University of Lanús