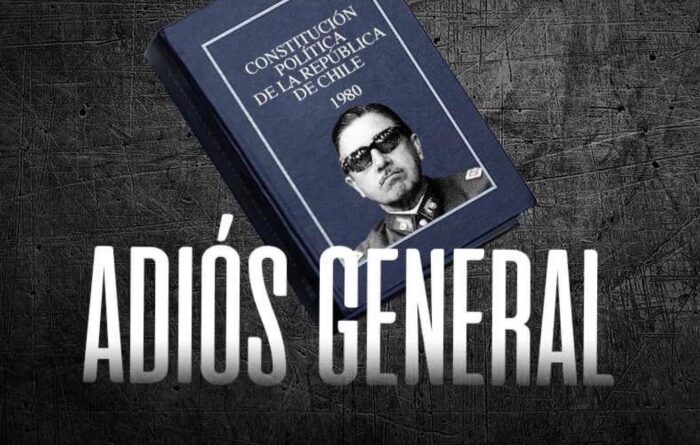 The dominoes have begun to fall for Washington’s paradigm of domination over Latin America. Countries like Argentina and Mexico may still be fairly far away from a revolutionary scenario, but the recent victories for the liberation movements in Bolivia and Chile represent an overall tipping point for the region. One which has been made possible by the previous triumphs for socialism and anti-imperialism in Cuba, Nicaragua, and Venezuela.

In Bolivia, Movement for Socialism (MAS) candidate Luis Arce is to be inaugurated next month after having won the country’s election. This demonstrates the militant strength that the movement has in the face of imperialist violence, with the U.S.-installed coup regime having been forced by the movement into holding new elections. Since the regime has shown itself to be too weak to rig an election or suppress a lower class revolt, it’s certain that the socialists will ultimately continue to triumph even when the imperialists next try to carry out a coup.

In Chile, the people just voted by more than two-thirds to throw out the constitution which was created for them during the Pinochet dictatorship. This means that the era of dictatorship can now honestly be considered over, and that the neoliberal policies which the old constitution enforced are vulnerable to being eliminated by the democratic will of the population-which has suffered on a unique scale from Covid-19 due to these policies.

This development has a limited ability to improve Chile’s material conditions. The proposed new constitution won’t be voted on until 2022, and the country’s capitalist state will put up obstacles towards making the constitution include all the human rights it will ideally enforce. But these roadblocks to equality won’t afflict Chile or the rest of Latin America’s capitalist countries forever. Because the U.S. empire, whose dozens of Latin American interventions in the last century have held most of the region back from developing towards socialism, is on its way towards falling.

The vote in Chile is indicative of the empire’s fall because it represents a larger trend towards anti-imperialist revolt throughout Chile and the rest of the region. Chile’s oligarchic government only agreed to hold this constitutional referendum after anti-austerity protests overwhelmed the country last year, showing that the forces of class struggle are capable of further challenging the country’s capitalist state in the years to come. Across the rest of the region, class struggle is showing the same type of growing strength amid the capitalist world’s descent into economic depression and public health crises.

Less than a year after 2019’s vast wave of Latin American protests died down, new revolts are breaking out. This week, Colombia underwent a national work stoppage over the government’s attempts to reopen schools with little protective measures, as well as protests from indigenous peoples over the country’s human rights abuses. Haiti has been facing near-continuous protests over its illegitimate president’s cancellation of elections. At this rate, it could be only a matter of months before post-Covid oubreak revolts appear in Honduras, Ecuador, Brazil, and the other countries in the region which are suffering under state violence and neo-colonialist overexploitation.

Ollie Vargas, one of the journalists who’s covered Bolivia’s anti-coup resistance movement, remarked something to the same effect this last week: “Yesterday Bolivia, today Chile, tomorrow Ecuador. It’s possible for popular movements to win. Latin America has shown that numerous times in the past 20 years.” The class struggle in Ecuador is already moving towards a victory similar to the recent ones in Bolivia and Chile; Michael Otto of Workers World wrote this week about Ecuador:

This year, the mobilization of the entire police force shows how much the Moreno regime fears a popular uprising. What he fears most is an uprising that unites his two main enemies: the progressive RC [Citizens’ Revolution party] and the Indigenous peoples…his policies of privatization and the government’s inept and criminal handling of the COVID-19 crisis have alienated greater and greater sections of the population…In contrast, [RC candidate] Andrés Arauz has been welcomed by the people wherever he goes. The latest polls indicate that Arauz will defeat right-wing banker Guillermo Lasso on the first ballot, just as Luis Arce won in Bolivia. In both Ecuador and Bolivia, however, the real struggles for power are in the streets.

Across the region, these types of struggles will continue in the coming years. Ones where the indigenous, pro-worker, environmental, and human rights movements carry out uprisings to try to get their governments to elect leftist candidates or enact policy concessions. The perpetual drawback to these types of efforts towards achieving change is that they’re functioning within the confines of the capitalist state, and therefore can’t be revolutionary until the capitalist state within each given country is overthrown. Even in Venezuela, where the anti-imperialist Chavista movement continues to hold onto power after two decades, the fact that the anti-imperialists are working within a bourgeois state gives the country’s forces of reaction a great deal of leverage over the economy and the media.

Racist state violence, bourgeois dictatorship, and capitalist exploitation won’t be banished from the region until socialists, both within Latin America and within the imperial core, gain the strength to carry out a wave of proletarian revolutions. If the U.S. government were to be overthrown, the imperialist power that props up Latin America’s neoliberal regimes and wages war against liberated Latin American countries will be no more. And if communists in Chile, Brazil, and elsewhere in the region succeed at overthrowing their governments, the region will gain powers that function under the formidably strong socialist model of Marxism-Leninism.

Until such victories occur, the best option for the region’s liberation fighters is to work with the immediate practical realities; Bolivia may still be a capitalist state, but the MAS can most quickly gain power through achieving electoral victories like the one it just did. Chile may be a ways away from a proletarian revolution, but this won’t stop the country’s popular movements from perpetually acting to counter the country’s ruling oligarchy. The responsibility of us communists within the U.S. is to sabotage the imperialist machinations of our government best we can, using civil disobedience, propaganda, and ultimately governmental overthrow efforts of our own to weaken the beast.