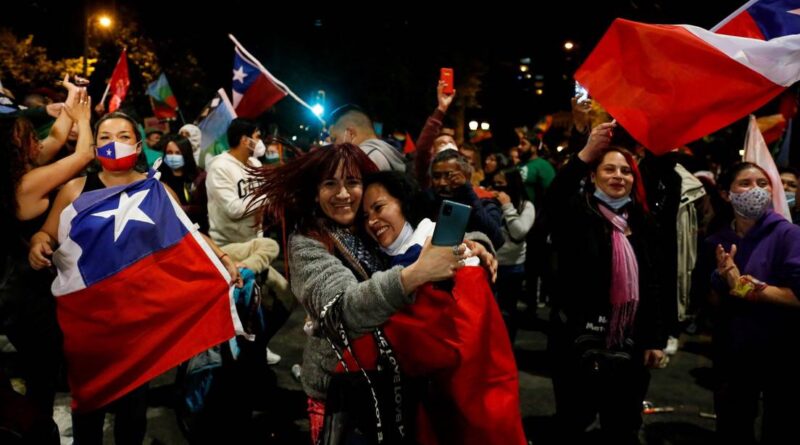 After a twelve-hour election day, the proposal that a Constitutional Convention draft the Magna Carta has also won.

The vast majority of Chileans approved the drafting of a new constitution, which will replace the one that currently governs, and which was an inheritance from the Augusto Pinochet dictatorship, revealed official data from the Electoral Service.

In addition to deciding whether or not they wanted a new constitution, 14.8 million Chileans were also summoned to define whether, in case of winning the “Approval,” the new Magna Carta should be drawn up by a Constituent Assembly made up of 155 citizens, or by a Mixed Convention formed by 86 members of Parliament and 86 citizens elected especially for this new body.

According to the preliminary results 79.05% supported a Constitutional Assembly for which members will be elected by popular vote on April 11 next year. This new body must have parity between men and women and special quotas for native peoples.

The celebrations of the thousands of people who filled Plaza Italia, in the center of Santiago—renamed Plaza Dignidad by the protesters who started the revolt in Chile last year—began as soon as the first results were announced.

RELATED CONTENT: Bolivia’s Great Victory Against US Imperialism and the Immense Challenges Ahead

Postcards
The democratic celebration, which took place without incident, was loaded with emotional placards, such as a young man who assured that he voted “for all those who lost their eyes” in last year’s the repression at the hands of the Carabineros (the Chilean national police force); or the teenager who, because she was 17 years old still couldn’t vote, but dedicated herself to giving pencils to whoever needed them to vote instead of her.

The long lines that were formed in the Chilean consulates around the world were surprising for their unprecedented massiveness, and observers were moved by the celebrations that broke out as soon as the massive results in favor of the “Approval” were reported.

In Santiago, an official from a polling station thanked the young students who started the social revolt in 2019 because, thanks to their mobilizations, thanks to the fact that they jumped the turnstiles to protest the rise in the price of the subway ticket, they managed to allow this plebiscite that will change the history of Chile.

One woman was blunt when interviewed outside the polling place and asked how long she had waited to vote throughout the day. “Thirty years,” she replied, referring to the decades in which a constitution issued during the dictatorship remained in force, despite the fact that democracy had been recovered.

“When the constitution changes, only then will Pinochet really die,” read a poster placed in Plaza Dignidad, while a crowd of young people boasted a long banner addressed to the late dictator: “erasing your legacy will be our legacy.”

Another voter flat-out burst into tears when asked what she expected from the plebiscite.

“I hope for a better country, that is why I am voting, maybe I won;t see any change but I’m happy to come to vote, I hope many people like me can shout that we have come this far, enough of the abuses of power! I hope that for the Mapuches, and me, that we are respected. Thank you for this tremendous example of struggle that those young men did, thank you for having opened our eyes,” she said in a video that went viral.

In the context of the vote, the anthropologist Pablo Lagos Vigueras highlighted the level of participation of Chileans. “We have seen that many people have voted, not like in the presidential or senatorial elections, or for previous deputies. Many young people have also voted,” he said, adding that this participation indicates that society has an interest in politics.