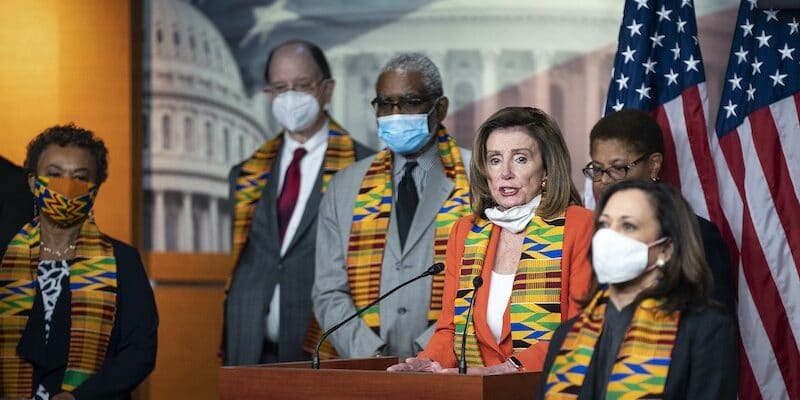 Black politics does not exist in the Democratic Party, because the duopoly system serves only the corporate rulers.

“Clearly, the Democratic Party is the mechanism that spawns and nurtures Black politicians answerable to the Dictatorship of (White) Capital.”

What makes the U.S. “chattering classes” so worthless is their refusal to talk about anything except those subjects that are approved for public discourse by the Lords of Capital, as certified by the high priests of corporate media. If the chattering classes were permitted to discuss truly important subjects – such as, Who Rules? — their yammering might hold some social value. However, the obvious fact of corporate dictatorship is also the great taboo. When the overarching reality of our times – the Dictatorship of (White) Capital, from which all of the planet’s existential crises flow — is verboten, haram, unspeakable, most of what’s left to busy the lips is mindless, meaningless chatter that is utterly useless to the task of fixing what ails society.

The duopoly electoral system is a crucial part of the infrastructure of the Dictatorship of (White) Capital, monopolizing all political discourse so that the people believe that “politics” consists of voting for one of the two corporate brands every two or four years. The huge recent outpourings of humanity demanding profound changes in U.S. racial-economic realities is not considered “politics” by the corporate media. Rather, it is categorized as “protest,” or simply “race” – but not politics, which is the domain of the Democratic and Republican Parties, whose legislative operatives will ultimately process the massed people’s demands into oblivion. The duopoly ensures that nothing escapes those chambers that threatens the Dictatorship of the (White) Lords of Capital. The people’s aspirations cannot become “politics”—and, therefore, practical, doable and publicly discussable projects — without the benediction of Democrats or Republicans: a core corporate position that has the force of fact as long as the people believe it.

“The duopoly ensures that nothing that threatens the Dictatorship of the (White) Lords of Capital.”

That’s why I’ve chosen a long route in getting to the subjects of this week’s column: the threat by dissident Democratic convention delegates to stage a Medicare for All revolt; and last week’s U.S. House vote against cutting Pentagon spending by ten percent. These are actually stories that affirm the Dictatorship of (White) Capital — but which the corporate media monopoly crafts to prove that “the people” do not really want health care as a right and reject a less bellicose foreign policy. Otherwise, why would their elected representatives and presidential nominees ultimately choose permanent domestic austerity and endless war?

Somewhere between 700 (Forbes) and more than 360 Democratic delegates (Politico) say they will register their discontent with the party’s failure to endorse Medicare for All, by voting against the party platform at the virtual convention, next month. The larger figure is said to include some Biden delegates that favor Medicare for All despite their candidate’s vow to veto the legislation if it ever reaches his presidential desk. The real question: why are only a fraction of the delegates to the party’s convention willing to take even a symbolic stand for legislation that is favored by 78 percent of the people that call themselves Democrats? Supermajorities of Democrats also favor a Green New Deal, a minimum living wage, and free higher education, none of which is reflected in the party platform or Joe Biden’s campaign spiel. The people make their policy preferences clear in successive surveys, yet the Dictatorship of (White) Capital prevails on every issue — thus proving that the Dictatorship exists. To speak that truth, however, is haram, and a ticket to the fringes where Greens and other loonies howl majority sentiments at the Moon.

“The Dictatorship of (White) Capital prevails on every issue.”

Black Americans are historically the most peace-minded major U.S. political constituency, yet this is seldom reflected in the voting behavior of Black Democratic legislators, who apparently answer to a Higher Power (White Capital). Of the 48 full voting House members of the Congressional Black Caucus, 20 last week voted Nay on a bill that would have cut Pentagon spending by ten percent across the board – a modest and symbolic reduction. Listed below are the Twenty Black Legislative Minions of (White) Corporate Warlords:

Usually, the Black Caucus vote closely follows that of House Democrats as a whole, under Nancy Pelosi’s whip. But this time the Black members lined up 58 percent for military cuts versus only 40 percent among all House Democrats. Could it be that the “Defund the Police!” demands of street “non-politics” had some small influence on Black Democrats? If so, it was far too weak a response to overwhelming Black public sentiment historically favoring domestic spending over the military.

Please note the asterisks in front of Alma Adams (FL), Lisa Blunt Rochester (DE), Andre Carson (IN), Steven Horsford (NV), and Brenda Lawrence (MI). These Black Reps. are also members of the Progressive Caucus , but they voted to please the Pentagon and to preserve domestic spending austerity — the policy pillars of the Dictatorship of (White) Capital.

Eighty percent of the Black Caucus voted to continue the Pentagon’s program to militarize local police, in 2014, and 75 percent of Black House members supported making police a “protected class,” in 2018. The cops have never been popular in Black America: 89 percent of African Americans told pollsters that the criminal justice system is unfair to Blacks in 2014, when most of the Black Caucus supported militarized cops, and a phenomenal 97 percent of Blacks feel victimized by the “protected class” of cops, today. Clearly, the Democratic Party is the mechanism that spawns and nurtures Black politicians answerable to the Dictatorship of (White) Capital.

The Black liberation movement ended half a century ago with the capture of Black “politics” by the Democratic Party, and can only be revived when the Party is exposed and opposed as an enemy institution in our midst.

Featured image: The Black Caucus and the Dictatorship of (White) Capital 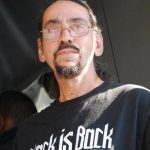