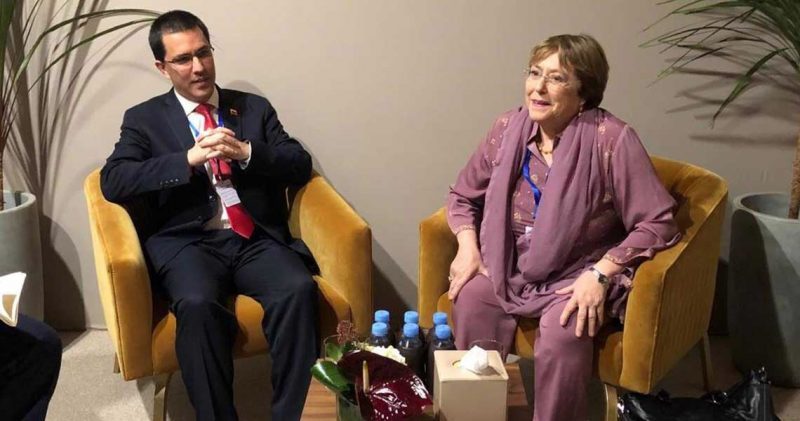 Minister for Foreign Affaires Jorge Arreaza held a meeting with the UN High Commissioner for Human Rights, Michelle Bachelet, as part of the World Conference for the adoption of the Global Pact, which guides efforts to achieve a safe, orderly and regular migration, from Marrakech, Morocco.

Previously, he met with his Bolivian counterpart, Diego Pary, during the celebration of the conference held in accordance with resolution 71/1 of September 19, 2016, entitled “Declaration of New York for Refugees and Migrants”.

In addition, Chancellor Arreaza held meetings with the president of the 73rd UN General Assembly, María Espinoza; his counterpart from Mexico, Marcelo Ebrard, and the Serbian Minister of Social Affairs, Zoran Djordjevic