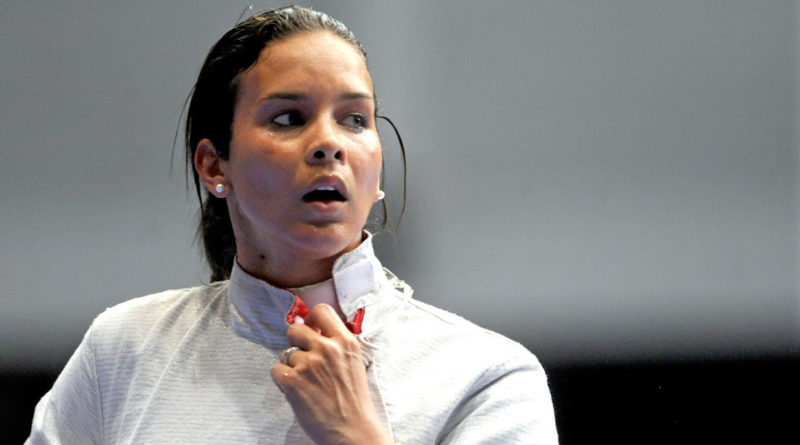 The Venezuelan Olympic Committee has listed the measure of the Canadian government as an act of discrimination.

Venezuelan fencer Alejandra Benítez wrote in her networks that her “dream” of participating for the fifth time in the Olympic Games “vanishes” after Canada denied her visa to participate in a competition prior to the Olympic event.

The Office of Immigration, Refugees and Citizenship of Canada reported that the decision was made in line with the unilateral sanctions that several countries have adopted against officials of the government of Nicolás Maduro.

Canada, which belongs to the Lima Group – a conclave formed by the US to bypass the Organization of American States (OAS) and which does not recognize Maduro as the legitimate president – denied the visa that the Venezuelan former Sports Minister (2013-2014) had requested for Participate in the Montreal Grand Prix, a competition that awards qualification points for the Tokyo 2020 Olympics.

Benítez’ response
Before the disqualifications of those who celebrated the refusal of the Canadian government to grant her the visa, the fencer sent a message, through a video that went viral on the networks: “To those who exclude me, I am sorry for you, cry but I still here, as if nothing hapened.”

In the clip she referred to a shirt stamped with a stencil with the eyes of the late President Hugo Chavez, which she was wearing, and said: “Look, so it hurts more, at my commander’s beautiful eyes, right? Keep barking, because if you keep barking it’s because we’re riding in the right direction. Kisses.”

Official reactions
The Venezuelan Fencing Federation said in a statement that this action was “a form of discrimination,” according to the fundamentals of Olympism contained in the Olympic Charter.

The agency said that the decision to deny the entry visa to Benitez put the classification of the athlete at the Olympic event at “absolute risk” and that “they will take international legal action.”

For its part, the Venezuelan Olympic Committee sent a letter addressed to its Canadian counterparts where it protested the measure, stating that the political differences between the governments of Venezuela and Canada do not have to “affect the Olympic dream of an athlete” that was preparing herself for four years and asked that the situation be resolved with the participation of Benítez “without discrimination.”

The Venezuelan athlete participated in Athens 2004, Beijing 2008, London 2012 and Rio de Janeiro 2016. She has been a junior world champion, has won several medals in the Bolivarian, South American, Central American and Caribbean games, and has been three times a runner-up in the Pan-Americans. In 2019 she won a bronze medal at the 2019 Pan American Games in Lima.