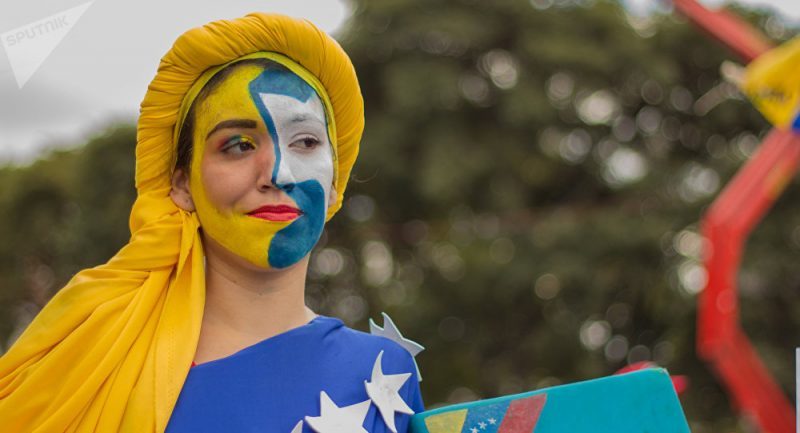 To be a foreigner in Venezuela is to get used to a daily mantra: “And why are you here”.  Eyes wide open in amazement. The unknowns of truisms. “Live, work,” the brave ones respond. It sounds obvious, although for many it surprises.

In my case, that I am Spanish, and due to the brother bond between both countries and their history of going back and forth between their borders, what I am told by the one on the other side of the dialogue after the question, is that now everyone wants to go to Madrid, or Galicia or the Canary Islands; and therefore they do not understand that I left behind the Cibeles or the paella and I exchanged it for the Cuartel de la Montaña or the arepas of Plaza Bolívar.

I usually smile and reply that I like Venezuela, to which they reply, opening their eyes even more and wrinkling their foreheads until they reach the quasi-rigor mortis. It is true that many Venezuelans, in their “exodus”,  have chosen much Spain to start over. And they do not do badly.

According to figures from the College of Registrars of Madrid, in 2018 Venezuelans emigrated in Spain bought a total of 278 houses, 20% more than a year before and more than double the number of operations carried out in 2014. Another interesting fact is that, on average, the apartments that Venezuelans are buying, the so called “economic immigrants”- cost 565,000 euros and are located in the best neighborhoods of the Spanish capital, such as the Barrio de Salamanca or El Retiro.

Most, in addition, pay for them in cash. In this way they get home and residence at a stroke. The ‘Golden Visa’ program, launched in 2013 to attract foreign investment, grants automatic residence to those buyers who acquire real estate for a cost exceeding 500,000 euros.

Lately, when they ask me what I’m doing here with a face of horror and seconds later the string of laments begins, I want to reply that I still do not have more than half a million euros in cash to buy a house in Madrid, and that meanwhile, what I do is work, as any ordinary person does in Caracas, in Barcelona.

Eat different, eat better; or how the crisis has changed the diet of Venezuelans
In my case, in addition, I work as a journalist in a city that does not rest informatively speaking. Here I also live and build my routines and my affections. It does not have much mystery

I am not an exception nor a case study. In Venezuela there are many foreigners who have made the Caribbean country their home. A paradigmatic case is that of Colombia, a neighboring country and a brother by force.

More than five million Colombians arrived in Venezuela during the years of the Bolivarian Revolution, fleeing the war over their territory that devastated their country for decades. To them, former President Hugo Chávez gave them rights that they did not find in other countries. They were given citizenship, access to housing, health, education and any benefit that a common Venezuelan could opt for.

But Colombians are not the only ones who have made history in Venezuela. According to official data provided by Nicolás Maduro himself in a press conference in September 2018, 29% of the population residing in the Caribbean country is foreign.

One of them is Fania Rodrigues. Brazilian, journalist, 34 years old. She is the correspondent of Fato’s newspaper Brasil in Caracas and arrived to the city one year and eight months ago. She is the only permanent Brazilian correspondent in the country. “I did not come as a personal sacrifice,” she says.

RELATED CONTENT: Argentinian and Chilean Citizens Show How Things Really Are in Venezuela

“I had already lived here during the years 2011 and 2012, when Chavez was still alive and this was a different country, I already had an affective relationship with Venezuela, so when they proposed the work to me that was the reason why I agreed to come”, she confesses.

Fania is smiling, intelligent and speaks with that natural charisma that some people have who you would spend hours listening to. “There are many opportunities here, I do not know a single foreigner who has come to Venezuela and has not had a job opportunity.”

She speaks not only of the nationalities that came to Caracas years ago, fleeing from military dictatorships or political and economic crises in their countries of origin, but also from other more recent foreigners, like her or me. During the years of Chávez prosperity, in addition, with the price of a barrel of oil through the roof, “there was a great demand for labor because Venezuela was always a very consumerist country,” she says.

What she likes most about Caracas is “how amazing the city is”. And laughs while affirming that it is a capital with which one usually establishes a too intense love-hate relationship.

Caracas catches and kills at the same time. Elevates and steals serotonin in equal parts. “That feeling is habitual and happens up to several times a day.” Fania calls “surprising” the way in which the city reinvents itself against adversity.

“Sometimes it happens that there is no sugar, for example, and everyone complains, but suddenly you go out and some local producers have set up an agricultural fair at the door of your house and you can not find refined sugar, but panela or Papelón (Venezuelan natural sweeteners) “. The grassroots organization is another separate chapter for her “of which we could be talking for hours,” she says.

What do you have in Venezuela that you do not have in Brazil? I ask. “The political mood. Everything in this country is political,” she replies. “Everybody talks about politics, the baker’s boss, the hospital nurse, your neighbor next door … That does not happen in Brazil, and there’s a constant feeling here that something can happen at any moment. It will make history, that destabilizes us but it excites us at the same time and suddenly one day you realize that precisely that instability is your comfort zone “. Smile again. And me with her.

Sofia is Uruguayan, she is 35 years old and in little more than a week she will be one year in Venezuela. She is a dance teacher and arrived in Caracas after her partner was offered work as a journalist on the international news channel teleSUR.

They packed their bags and ventured to bring their two little ones of two and five years old, Jazmin and Marena. The little one still does not speak but the older one begins to mix accents in her verborrheic demands. Sofia answers bluntly when I ask her what was her impression of Venezuela before coming.

“Catastrophic,” she says. “In Venezuela people are dying, people do not have anything to eat … That’s how I thought, but later I realized that this is not the case, it is a 100% livable country that has certain difficulties, we will not deny it , but they are the product of an economic war and the blockade imposed on their economy. ”

Sofia collaborates with the Ministry of Women in the National Humanized Delivery Plan. Talking with Venezuelan women interested in this topic helped her to investigate and get a better idea about the country before traveling.

The first months, the family lived in Los Dos Caminos, an area east of the city, upper middle class. “When I arrived, I was very impressed by the number of imported cars that I had, it will seem like a chotada [in Uruguay, idiocy] but it made an impression on me.” I was also surprised by the number of exuberant women with aesthetic operations that I found street … “, she says.

“I expected to find very thin, malnourished women, hungry people … But it was not like that, I deduced that this country had a lot of purchasing power and now it does not have it, but I did not see a country going hungry or with the crisis they say it has. I see people who scrape the garbage to eat, but I’ve also seen that in Uruguay, in Argentina or in Bolivia, ” she adds.

Sofia is dark, with abundant curly hair. Her daughters too. Talk about Venezuela while attending the games of the little ones. “What have you’ve learned the most from this country?” She answers when I ask her this question. “Tolerance,” she says without blinking.

And I know why she says it. I feel identified. The tolerance. Patience. We are all better at that after a season here. Venezuela is not an easy country in everyday life. Often the simplest things do not work: an ATM, a point of sale (for credit/debit card payments), internet, electricity, water, services in general.

But after the first desperate sighs and curses from the deepest recesses of the bowels, you learn that it does not matter and that if it can not be now it will be later. If it can not be here, it will be somewhere else, but always, always, it will be.

“I choose to live here because it is personally teaching me to live in an alternative way, I feel that Venezuela is fighting for “good living “,  for equality, in spite of everything, and I feel part of that construction. When I stop feeling this way, I’ll grab my bags and leave, ” says Sofia.

The last story in this piece is Germán Villegas, a 57-year-old Chilean who has been in Venezuela for almost forty years but still retains his South American accent. He arrived in Caracas in the year 1980 with his family. His father fled the Pinochet dictatorship after spending six months in prison.

Germán arrived and did everything: he sold empanadas, juices on the highway,  worked in a coffee shop … He was a merchant, studied Social Communication at the Central University of Venezuela and today works as a public official.

He decided to stay in Venezuela: “Here I built my adult life, I met my wife, I fell in love,” he says.

When Chávez came to power they saw him from California, USA, where they spent a season. “I did not know much about him, only that he was a military man and that made me look at him with suspicion, as it would happen with any Chilean,” he says.

“Then I understood that the Revolution was to organize the people according to a project, that Chavismo is inclusion, I went out on April 11, 2002, when they tried the coup against the Comandante”, he remembered.

Germán would not leave Venezuela despite the crisis. “I think we have a deep sense of fatherland and that we are an example for other peoples, I only think of sending my wife and daughter to Chile if there is a military invasion here, but I would stay to fight for my people, if an old man like me can be of service. ” And he laughs calmly but strong as a concrete stone

Living in Venezuela is to be exposed to criticism and to constant scrutiny from the outside. To the judgment of others and of one’s own that flows alone under the appearance of a routine that is more or less strong and real depending on the day, the moment or the emotionality of the characters.

They is a saying here: “a year in Venezuela is like a dog year, because it is equivalent to seven years in any other place on the planet”. The hours have more minutes or at least they seem and in the end that is what matters.

To seem what it is or to seem without preconditions. Venezuela seems like many things but only those who dare to cross its borders can write its history with rigor. Some of us decided to stay a little longer to help with the longer volumes.