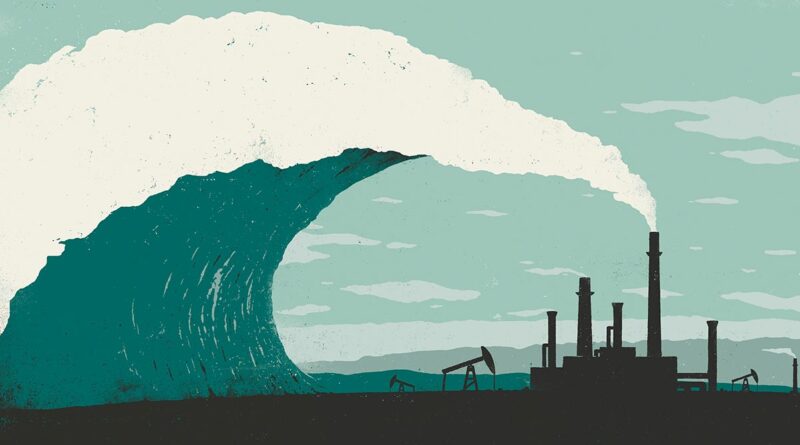 During the Third China-CELAC Forum on Science, Technology, and Innovation, the Venezuelan Deputy Minister for Research and Application of Knowledge, Francisco Durán, said that it is necessary to make a critical reflection on the aspiration of perpetual economic growth since it is not feasible and has caused an extraordinary planetary environmental crisis. In addition, he reiterated that it is still possible to rectify courses and establish which are the real necessities for life and which are fictitious factors that do not justify the environmental impact.

It is a vision that derives from the Marxist idea, expressed by Hugo Chávez, that in order to change the climate it is necessary to “change the system”. It is worth remembering what Karl Marx wrote in the New York Daily Tribune in an article dated May 11, 1858: “Nothing is easier than to be idealistic on behalf of others. A satiated man can easily scoff at the materialism of the starving man, who asks for a mere piece of bread instead of sublime ideas.”

It is worth remembering these words when, with regard to the “ecological transition,” it is the capitalist governments, responsible for the devastation of the planet in the name of profit, that raise the banner of “green conscience.” In addition, in fact, with the same brazenness with which the European Parliament awarded the Sakharov Prize for freedom of opinion to the Venezuelan coup plotters, the United States gave Colombian President Iván Duque a million dollar donation and an award for his environmental advocacy. In Colombia, in 2020 alone, 65 environmental defenders were murdered, while Duque scuttles the Escazú Agreement—a pact signed by 24 Latin American countries that aims to provide greater transparency in information on environmental projects and create the necessary tools to protect leaders who defend the environment.

In the Italian city of Milan, delegates from more than 40 countries met until October 2 to prepare for the next climate summit (COP26), scheduled to take place in November in Glasgow. The Youth4Climate also involved 400 young people, delegates from 186 countries, who drafted a document for COP26. Meanwhile, in order to relaunch the cycle of capitalist accumulation, large multinational groups are focusing on renewable energies.

RELATED CONTENT: The US Empire Wants to Make Climate-Induced Collapse of Civilization Inevitable

To support them, a powerful media campaign which, concealing class interests and the search for an increase in the rate of profit—which in any case will not protect the system from a new deadlock in its valorization process—and tries to present the “necessary sacrifices” as if they were for everyone. Instead, it is not wages that are increasing, but electricity and gas rates. An increase that is also affected by the obligations imposed by the European Union’s emissions trading to reduce dependence on coal.

The planned ecological reconversion, which also implies a digital transition, will lead to more layoffs, other industrial accidents, greater wage compression, and other aggression or blackmails to the countries of the South that possess strategic resources. Meanwhile, oil, gas, and coal account for more than 80% of world consumption. The main source of energy used to produce the gigantic amount of electricity used in the digital sector (between 1% and 3% of global electricity consumption, which could increase five fold by 2030) is coal. And digital pollution is advancing at an even faster rate today.

The “green conscience” of the bourgeoisie ends where their wallet begins, until the popular classes decide to make them pay the bill.

Featured image: The multinational corporations of the industrialized countries of the global North, responsible for climate change, are trying to impose “green conscience” on the poorer countries of the South. Graphic: Sébastien Thibault