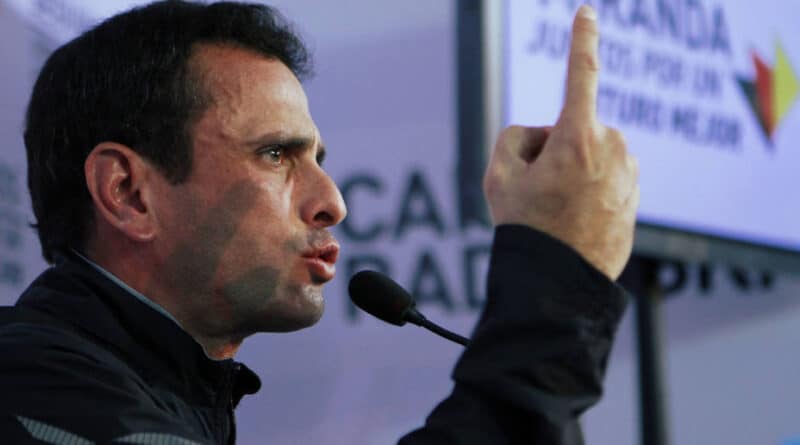 Henrique Capriles Radonski, leader of Primero Justicia party, has once again criticized the decision of opposition platform Democratic Unity Roundtable (MUD) to support Carlos Ocariz as candidate for the governorship of the state of Miranda.

In recent public statements, Capriles has endorsed David Uzcátegui’s nomination, who, according to him, has three times more support among voters and is the best option for the opposition to win in the November 21 regional and municipal elections.

The Primero Justicia leader wondered if what the opposition is fighting for second place in the Miranda governorship election and not “to represent the Venezuelan people, so that the people who live far, far away, have a voice to defend them.”

Dictatorial opposition
Carlos Ocariz’s MUD candidacy was catagorized by the other right-wing candidate, David Uzcátegui, as an imposition “in the best dictatorial style,” as Ocariz did not accept to hold primary elections.

The clash among various opposition aspirants for the November 21 elections has increased the internal strife already present within the right-wing factions. In the case of Miranda state, criticism arose regarding the criteria that MUD considered when opting for Ocariz and not Uzcátegui as its governorship candidate.

For his part, David Uzcátegui, who has not given up his electoral aspirations, has described the MUD procedure as a hard blow to the objective of winning spaces through popular vote. In any case, this discourse of the popular vote is a recognition of the authority of the National Electoral Council (CNE).