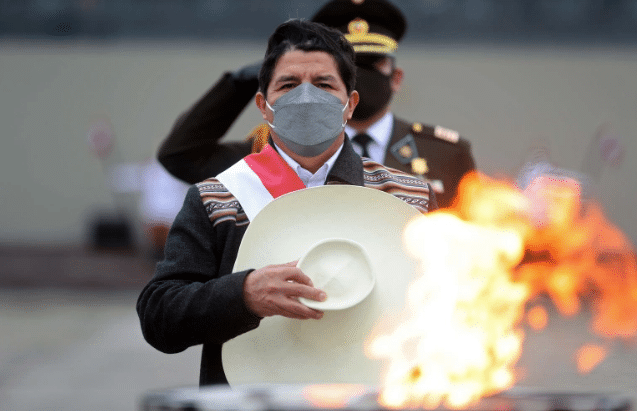 We have sound and clear signals from Latin America that its people want progressive anti-imperialist governments that promote real democracy, sovereignty and well-being for all, and not only for a small minority of privileged oligarchs. They have realised that the US imposed capitalist-centred neoliberal model does not work. Peruvians have also joined recently in this left-wing movement, together with Mexicans, Argentinians, Cubans, Venezuelans, Bolivians, Nicaraguans, with the election of working class Pedro Castillo as president. If Washington was hoping to see a coup by the Keiko Fujimori faction taking place in Lima, like it happened in Bolivia in 2019 by the opponents of Evo Morales, the wait was in vain and likely disappointing.

At the end of July Antony Blinken, Secretary of the US State Department, finally spoke to president-elect Pedro Castillo, not to congratulate him; instead he “expressed his hope that Peru would continue to play a constructive role in addressing the deteriorating situation in Cuba and Nicaragua”. This was a not so veiled threatening warning to Mr. Castillo to continue Lima’s alignment with US foreign policy in the region as his predecessor, Pedro Pablo Kuczynski had done before. The warning was followed by a promise of “continued U.S. support for pandemic recovery and … our donation of two million vaccine doses, as well as hospitals, ventilators, cold storage units, and protective equipment.” The US has typically used the global tragedy of the COVID-19 pandemic on other countries as leverage in exchange for their submission.

From the beginning the Castillo government, on the contrary, has taken a clear independent position in a series of statements in opposition to blockades and sanctions, in defense of the rights of marginalised people, for participation in the Community of Latin American and Caribbean States (CELAC) and the Union of South American Nations (UNASUR), and even for withdrawing from the infamous Lima Group.

Washington must be on alert watching the loss of another chunk of its “backyard” and wondering how to cause a regime change in Peru, perhaps taking advantage of the small margin of votes by which Pedro Castillo was democratically elected over his contender, rightwing Keiko Fujimori.

Coincidentally (or maybe not), signs of social tensions with demonstrations by supporters of Fujimorismo are already showing in Peru. Some observers are alerting to a coup brewing in the country. The protesters claim to oppose Castillo’s leftist party Peru Libre, communism and terrorism. This is a broad net of typically rightwing “issues” taken from the regime change playbook of the US government.

In fact, the pressure on the Castillo government for a less progressive stand is playing out on the domestic and international fronts.

Domestically, the first casualty has being former foreign minister Hector Bejar who was forced to resign based on a statement that implicated elements of the Peruvian Navy in the 1970s, in collusion with the CIA, involved in terrorist actions allegedly leading to the formation of the guerrilla movement Shining Path in the 1980s. Bejar resigned only a few weeks after his appointment, under pressure from the military establishment. Perhaps the more compelling reason to force him out of government has been his conciliatory position (from the left) towards Venezuela in favor of a dialogue between the government and the opposition in that country and the elimination of sanctions.

Hector Bejar’s resignation is considered a great loss given his political experience and ability, even more so when he was replaced by the career diplomat Oscar Maurtua who has been less than clear about Peru’s position in Latin America simply suggesting “consultations” about the future of CELAC, UNASUR and the Lima Group.

The Peruvian rightwing continues digging in the past of other ministers of the Castillo administration, like Labor Minister Iber Maravi and prime minister Bellido, searching for leftist connections that might lead to other possible dismissals.

As we write, the Peruvian Congress, with majority opposition members, is reviewing the proposed list of ministers. If Congress does not give them a vote of confidence, president Castillo will have to appoint a new set of ministers for a second congressional review. If the second review fails then Castillo will call for the election of a new Congress. All accordingly to the Peruvian constitution.

All of this can only create insecurity in the country giving a dangerous advantage to those intent in a regime change.

Internationally, we have to consider the US involvement and the role of the large solidarity movement supporters.

The United States has shown a very low tolerance for any progressive government in Latin America and as of this century has increased its interventionist efforts. Peru will not be an exception if Washington perceives that president Castillo will move his social policies to the left.

If that is the case, we can be certain to see signs of increased actions by the opposition with the tacit assistance of the United States. We might see signs of a hybrid warfare against Peru that might include infowar in order to demonise the government or any of its members, increased violence, financial downturn aided by US sanctions to blame the poor economic administration, inciting the military to a revolt in support of the rightwing forces, or any other means from the hybrid warfare toolbox.

The escalation of the US intervention will be in direct proportion to the resistance and determination of the government of Lima to pursue an independent and sovereign social project.

Many questions remain unanswered about the future of Peru. But the international community will respond and will not remain indifferent. A large solidarity movement is building up in Latin America that is increasingly becoming more vocal in support of Cuba, Venezuela, Bolivia and Nicaragua among others. We must now all be on alert to defend Peru and denounce any imperial intervention in that country.

No one is more prepared to answer questions about current events in Peru than former minister Hector Bejar given his recent experience and his long involvement in the political life of the country. He will be the main speaker at a webinar organized by several US and Canadian organizations on August 31, 2021. [Register here] 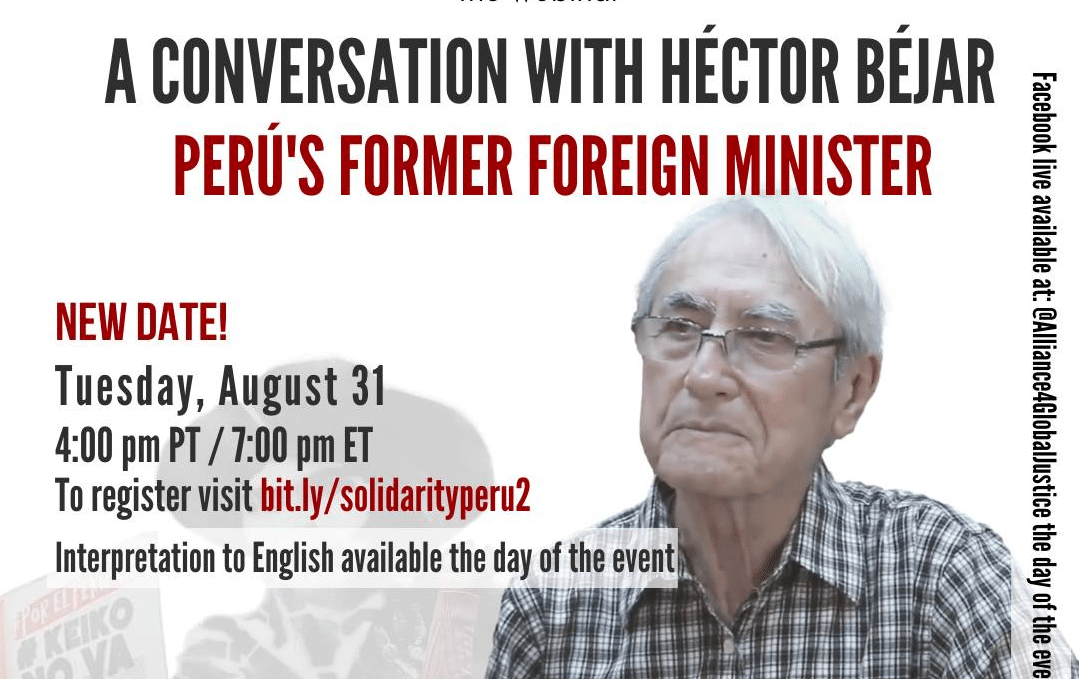