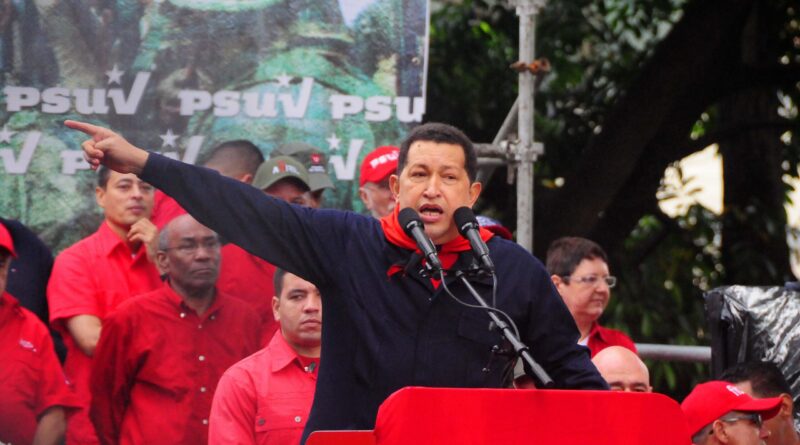 Since the emergence of anti-neoliberal governments in Latin America, the continent has become the epicenter of the great political struggles of the 21st century and, at the same time, a seesaw, in which governments are installed and defeated, return and experience great instability. Some reassert themselves.

Since the victory of Hugo Chávez, anti-neoliberal governments were elected across Latin America: in Brazil, Argentina, Uruguay, Bolivia, and Ecuador, between 2003 and 2006.

We know why these governments emerge, come back, and multiply. The right wing maintains its neoliberal model, which is the origin of all the major problems and instabilities that our countries are going through. The origin, because it accentuates the main problems of the countries: income concentration, social inequalities, social exclusion, hunger, misery, favoring financial capital and its speculative practices. Neoliberal governments cannot consolidate in time, they need to appeal to anti-democratic practices—as in Brazil and Colombia—to maintain themselves or they become victims of constant crises and electoral defeats, as in Argentina, Bolivia, and Ecuador.

Anti-neoliberal governments, on the other hand, can assert themselves through the effects of their social policies: job creation, wage increases, implementation of emergency aid, extension of education, and public health policies.

So why do they suffer setbacks? Partly because the general context, both in the continent and worldwide, is still predominantly neoliberal. These governments do not have a framework of alliances at the continental level and, above all, at the international level, on which they can count both politically and economically. Without this support, it is difficult to definitively overcome the neoliberal model, because only at the international level is it possible to build a model that overcomes neoliberalism. Because it is a question of entering another historical period, not only of policies of resistance to neoliberalism.

Secondly, because the Latin American left still does not have a strategy to define its main objectives. This means defining the type of state sought, the type of society desired. It has been demonstrated that it is possible to reach government with the current political system, that it is possible to implement great social policies, but the limitations imposed by the state and by the existing political system have posed real obstacles to further progress.

Third, because these governments are strongly opposed and destabilized by the large business community—which inhibits investment and promotes increased financial speculation and capital flight abroad—and by the media, which directly opposes these governments and exploits the mechanisms of their instability.

Fourth, because the prevailing consensus continues to be neoliberal—anti-state and its enterprises, anti-politics and anti-parties, and pro-individualism, consumerism, among others. It is an ideological boundary that functions as a limit to political progress. We have to radically reverse the conditions for the formation of public opinion, as a condition to achieve deep and lasting transformations.

Since the emergence of anti-neoliberal Latin American governments, we can define some stages: the emergency, which goes from 1997 to 2006; crisis, between 2007 and 2017; the recovery of these governments, from 2018 to the present. What is the fundamental trend between these comings and goings?

As long as we live, on a global scale, under the hegemony of a neoliberal era, it will be difficult to have lasting and profound solutions in our societies. But we can achieve advances that, even back and forth, play a role in building a better future and even a better present.

The governments of Lula and Dilma in Brazil, the Kirchners in Argentina, Evo in Bolivia, the Frente Amplio [Broad Front] in Uruguay, Rafael Correa in Ecuador, have left real positive traces in our societies. Firstly, demonstrating that other types of government and society are possible. Secondly, they have demonstrated that without profoundly attacking social inequalities, nothing will improve. Third, that there is strength to move forward. Fourth, without overcoming the weaknesses we have, we can always be defeated again. Fifth, that right-wing comebacks are short-lived.

López Obrador’s government is moving forward and imposed such a radical defeat on the old Mexican right wing that it will never return, at least not in the form in which it dominated Mexico for so many decades. It is only a matter of time to know when and how the Frente Amplio will return to rule Uruguay, given the many achievements it has made for the country. There is little doubt about Lula’s victory in 2022, however great the difficulties he still faces. Bolivia demonstrates that there is always a way to return to the path interrupted by right-wing coups. Nobody gives much credence to the Ecuadorian government, which came to power more as the result of the division of forces in the popular camp than due to its own strength. As surprising as the electoral setback in Argentina was, the return of the right wing with Macri was so catastrophic that few believe that the right wing can govern the country again. Chile, which was the model of the right-wing alternative for the continent, has been shattered and a positive and innovative horizon can be expected. Despite the difficulties faced by the new Peruvian government, it is a milestone in the capacity of the peripheral masses to impose themselves as a majority and become a government. The expectation for Colombia is that a leftist government will finally triumph in the next elections.

This is not a seesaw that always returns to ground zero. Lula always says he will do more and better. Argentina could count on the positive experiences of the Kirchnerist governments. The new Bolivian government takes up the advances of Evo Morales’ government. Rafael Correa’s government is a milestone that Ecuadorians will never forget. Uruguay knows the paths to follow and will certainly follow them in the future.

We will continue to live in unstable times, but with a horizon that will always take up again, in a different way, the advances of the recent past and the present. The swing is not valid as a real image, because it always takes the same path. And in real history, Latin America is building, in this century, the horizon to overcome neoliberalism and build another possible world.

Featured image:  The victory of Chávez ushered in a wave of anti-neoliberal governments. Photo: Bill Hackwell