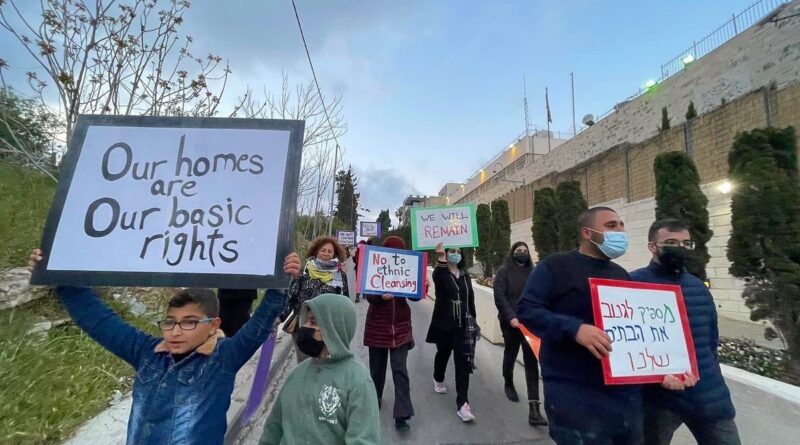 I have received many questions from foreigners about just how the recent aggression against Palestinians in the Gaza Strip, my home, started. It escalated so fast that for some who tuned in from their busy lives more recently, it all seemed a blur. What’s really critical for everyone to understand is that like all history, context matters. So, to understand events today (and what will likely happen again, in the future), you must first look back.

Context matters
If I was going to write a magazine-length piece, I’d begin with 1947, when the United Nations passed a resolution giving 56% of what had been British-controlled Palestine to Jewish settlers so they could create Israel. (How would you feel if more than half of your country was given away, without your consent?) Predictably, the Palestinians resisted, and after the war that followed, the Jewish forced seized more land than the U.N. had given them. (Today, what is now known as the West Bank occupies only 22% of what used to be Palestine.)

In the ensuing years, there were several waves of forced displacement of Palestinians. In 1956, some of those now-homeless Palestinians moved into Jerusalem’s Sheikh Jarrah neighborhood, making new homes in houses financed for them by the United Nations and the Jordanian government (which controlled the West Bank at the time). In 1967, what is known as the six-day war resulted in Israel taking over control of the West Bank, including all of Jerusalem. Five years later—almost 20 years after those Palestinian families had moved into the Sheikh Jarrah area—a number of Jewish people (called settlers because their goal is to occupy land belonging to Palestinians) filed lawsuits in an attempt to force them out of their homes so they could move in.

Thirteen Palestinian families in Sheikh Jarrah fought back with a counter legal challenge in 2008. When an Israeli court ruled in favor of the settlers, protests broke out—including at Islam’s third holiest site, Jerusalem’s Al-Aqsa Mosque. Many worshippers gathered there on Fridays during the month of Ramadan and calling for actions following the weekly prayer in solidarity with the residents of Sheikh Jarrah. Predictably, Israel reacted with force.

Thousands of Palestinians were prevented by roadblocks and checkpoints from reaching the mosque. Later Israeli forces used tear gas, stun grenades and rubber-coated steel bullets to enter the compound itself to disperse worshippers. Footage showing Palestinians being beaten, shot and arrested at such a holy site during our holiest month was more than we could bear. Our resistance fighters reacted with their rockets—pitiful things, really, compared to Israeli tanks and F-35 fighter jets.

Root causes
In an article I published in The New Arab three years ago, I predicted that the Great Return March—weekly protests held at the time on Gaza’s eastern border with Israel—would spread across the Palestinian territories. However, although the demonstrations lasted for two years (resulting in too many deaths and limbless young men), they did not culminate in a full-blown intifada.

Still, the frustration, anger and desperation continued to simmer. The root causes of our protests remain; if anything, they are worse. That is why we once again witnessed unrest and revolt—this  time among Palestinians across the occupied territories, and even inside Israel itself. Its attempts to divide us did not work. And it’s also why we will see revolt again in the future, as long as the root causes are not addressed.

One of those root causes is what is happening to the residents of Sheikh Jarrah. This is not a localized crime of displacement. It’s the latest manifestation of Israel’s systematic and institutionalized scheme of ethnic cleansing, which it has waged against the Palestinian people for years with a green light from the U.S. administration. Even prior to former U.S. President Trump’s controversial decision to move its Israeli embassy from Tel Aviv to Jerusalem, Palestinian Jerusalemites have lived in daily fear of home demolitions and evictions, with no international intervention. They cannot build new homes or even add on to existing ones without a permit from the Israeli occupation authorities—which never gives them. A survey published by UNRWA found that more than 94% of Palestinian applications for home construction were rejected between 2011 and 2014. The Palestinians were allowed to build in just 13% of East Jerusalem. Furthermore, the U.N. estimated that 28-46% of Palestinian homes were at risk of demolition.

Meanwhile in Gaza, it’s quite difficult – if not impossible – for most Palestinians to obtain a permit from the Israeli occupation authorities to visit Jerusalem, even though it is only 77 kilometers (48 miles) away. Only Gazans who are older than 50 can typically obtain an eight-hour permit to visit Jerusalem to pray at the Al-Aqsa Mosque during the Islamic holy month of Ramadan every year. I am not yet of that age, but I was permitted to visit Jerusalem once and deem myself rare and lucky. The Israeli occupation welcomes Europeans and Americans to Jerusalem, while the city’s indigenous people, the Palestinians living in Gaza in particular, are banned.

An endless cycle
The seemingly endless U.S. support legitimizes Israel’s racism. Thus, even with the ceasefire just announced, I don’t see any prospect for a permanent end to the violence and instability. The cycle will begin again at some point. What will push Israel to negotiate in good faith when it’s supported militarily and politically by the world’s superpower? Even the United Nations has limited use, when U.S. wields its veto power multiple times to protect Israel.

Almost 30 years have passed since the Oslo Accords, which were supposed to bring us self-determination. Instead, all that Palestinians have obtained are more Jewish settlements on the land that was supposed to be our state, village demolitions, land expropriations and a strangling blockade of Gaza. We can’t even export freely. Today’s Palestinian youth have inherited nothing but hopelessness, frustration and indignity.

The Palestine Liberation Organization (PLO) did its utmost to achieve meaningful peace. It agreed to negotiate, ruled out arms and even silenced Palestinian resistance fighters. It accepted UN Resolution 242 (which grants Palestinians only 22% of historic Palestine), welcomed the two-state solution and was satisfied with East Jerusalem as a future capital for a state.

What else can the Palestinians do to attain peace other than “disappear” themselves? If we try to negotiate, Israel responds that we aren’t committed to peace. If Gazans demonstrate near the border to demand our rights, we are shot at like ducks in carnival game. We even turned to international law, via the International Criminal Court, as mediators. None of it has worked. Yet, when we resist our occupiers by striking back, we are called terrorists, with no right to Israel’s privilege of self-defense.

An entire generation of youth are becoming normalized to life in an open-air prison. The United Nations predicted the Strip would be unlivable by 2020. Today, the impoverished territory is on its knees. Still, we will never stop fighting. We have no other choice.

If the United States and Israel think that normalizing relations with Arab states will weaken our national cause, they should know that this means nothing to Palestinians. The Palestinian people have learned to look only to themselves for rescue. The young Palestinians of today are brimming with rebellion. They have lost faith in the diplomatic route and are fed up with U.S. policy. Be forewarned: Nothing will contain them.

(We Are Not Numbers)