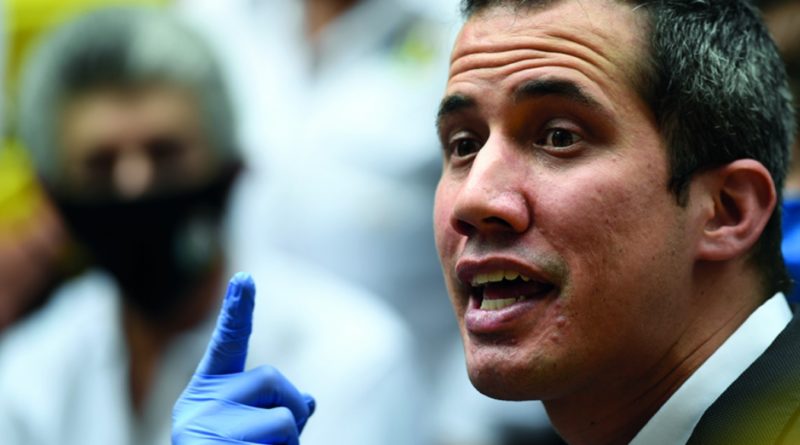 The activities of the secret Venezuela Reconstruction Unit show the British government is entirely subservient to Washington’s priorities in Latin America.

The Westminster government’s “special relationship” with the US was again demonstrated last week as that of a lapdog obeying its master while hoping for a few crumbs from the table.

Specifically, on June 9 the Foreign and Commonwealth Office (FCO) revealed that the secret Venezuela Reconstruction Unit had not only had contact with Juan Guaido, the self-declared “interim president” of Venezuela and failed coup leader, and his representative in London but had also visited Venezuela and met other Venezuelans.

The admission became public through a response to a parliamentary question tabled by Richard Burgon MP.

Commenting on the FCO’s revelation, Richard tweeted: “Very concerning response from the Foreign Office about this special unit on Venezuela.

“Our government appears to be more interested in siding with Trump’s regime change plans than in any attempt to encourage dialogue and constructive engagement.”

The FCO’s official answer to the parliamentary question also claimed that “the UK ambassador ensured the regime were aware of the visit and spoke publicly about the unit and its staff.”

But Venezuelan Minister of Foreign Affairs Jorge Arreaza has forcefully rebutted that claim, saying: “The United Kingdom lies. They never mentioned a Venezuela Reconstruction Unit, nor would we have allowed it.

“We learned of it through @TheCanaryUK [report]. They masked the destabilizing purpose of their visit with false internal meetings with their embassy.”

In evidence, Arreaza reproduced the diplomatic visa application for John Savile, the head of the unit, dated January 23 2020 which clearly stated that the purpose of the four-day visit was “official duty at the British embassy to attend meetings.”

On first learning on May 13 of the FCO’s Reconstruction Unit from the article which used freedom of information requests to reveal its hitherto secret existence, Arreaza formally notified the British ambassador in Caracas, Duncan Hill, that its work was “outrageous and unjustifiable.”

Neumann’s focus can be judged from her exchange in 2017 with the then CIA director Mike Pompeo that she was “interested in your open assessment on American interests in or threats from Venezuela,” adding that “regime change looks to be — we hope — imminent.”

She has recently described the military coup against Bolivian president Evo Morales as “a big inspiration.”

Neumann cultivated contacts in Britain throughout 2019, encouraging support for US sanctions against Venezuela and promising that a meeting with Guaido would “sustain British businesses in Venezuela’s reconstruction.”

In September 2019 the British government pledged £30 million to organisations inside Venezuela for “humanitarian aid,” while the US increased its funding by awarding an extra $52 million, part of which was intended to directly support Guaido’s campaign.

The US is well known for using organisations like the National Endowment for Democracy for channelling funds to local NGOs operating in foreign countries to undermine or destabilise governments of which it disapproves.

The British government has refused to disclose details of which organisations in Venezuela received the aid, arousing suspicions that it is following the US’s lead.

In January 2020 Guaido was welcomed in London by Foreign Secretary Dominic Raab, along with representatives of the Reconstruction Unit, suggesting that whatever reconstruction was in mind was not going to involve the elected Venezuelan government.

The British government has continued to support and have dealings with Guaido despite his reputation being increasingly tainted by some of his supporters’ associations with drug-traffickers, members of his team embezzling humanitarian funds, his rejection by many of his Venezuelan right-wing opposition colleagues and his involvement in failed coup attempts against the elected government.

As the Washington Post revealed, his most recent unsuccessful attempt to topple the government involved hiring a Florida-based security company, Silvercorp USA, for $213 million to conduct what the contract describes as “an operation to capture/detain/remove Nicolas Maduro … remove the current regime and install the recognised Venezuelan President Juan Guaido.”

The armed seaborne incursion attempted under Operation Gideon was soundly defeated by the Venezuelan security forces on May 3, as was a second attempt by mercenaries a day later to infiltrate Venezuela from the Colombian border.

Meanwhile, the British government continues to follow the US line and give as much support to the “regime change” agenda as possible.

One way has been to help deprive Venezuela of much-needed income and assets.

As well as British government support for US sanctions against Venezuela, in January 2019 British Foreign Office minister Sir Alan Duncan suggested that the Bank of England grant access to an £800m deposit of Venezuelan gold reserves to the self-proclaimed “interim president” Juan Guaido rather than the elected government of Nicolas Maduro.

Although the Bank of England has not handed the gold to Guaido, it has consistently refused to repatriate the gold to the Venezuelan government on the spurious grounds that its legitimacy is disputed.

With US sanctions intensified, world oil prices at a record low and the Covid-19 pandemic at work, these reserves are now urgently needed in Venezuela.

In an attempt to break the deadlock, the Venezuela Central Bank has arranged for funds released from the sale of the gold to be deposited directly with the United Nations Development Programme Fund for the purchase of food and medicine needed to tackle the pandemic.

However, the Bank of England still refuses to abide by its contract with the central bank and the outcome is being decided by the British courts. 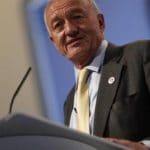