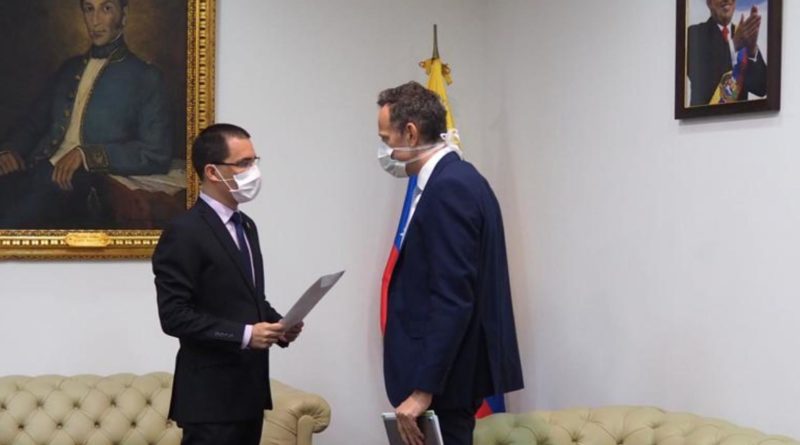 Venezuela’s Chancellor Jorge Arreaza unmasked the UK government’s misleading statements about the Venezuelan government’s alleged acceptance of the so called “Venezuela Reconstruction Unit ” operated by the British Foreign Ofice to support the regime change operation launched in January 2019 by the US regime.

Through his Twitter account, Arreaza stated that the Venezuelan government found out about this unit through a news piece published by the UK news website, The Canary, and condemned the British nation for disguising “its destabilizing purpose in its visit with alleged internal meetings in its Caracas’ embassy.”

This was in response to a statement by Wendy Morton, Parliamentary Under Secretary for the UK’s Foreign Office stating that the Venezuelan government was aware of the visit of John William Saville, head of the Unit, who visited Venezuela in February 2020.

“The UK ambassador (in Caracas) ensured the regime was aware of the visit and spoke publicly about the unit and its staff” was part of a press release posted on the UK’s Foreign Office website. Orinoco Tribune was not able to find it there at the time of publication.

‘The UK lies. They never mentioned a Venezuelan Reconstruction Unit, nor would we have allowed it. We found out through @TheCanaryUK. They disguised the destabilizing purpose of their visit with false internal meetings with their Embassy. Here is the evidence,” Arreaza wrote on his Twitter account and accompanied this with images of the visa application of the British diplomat.

After The Canary published their investigative piece on this regime change unit, the Venezuelan Chancellor handed a note of protest to the British diplomatic representative in Caracas, Duncan Hill, in which he is required to disassociate himself from the coup plans promoted by the United States and Colombia.