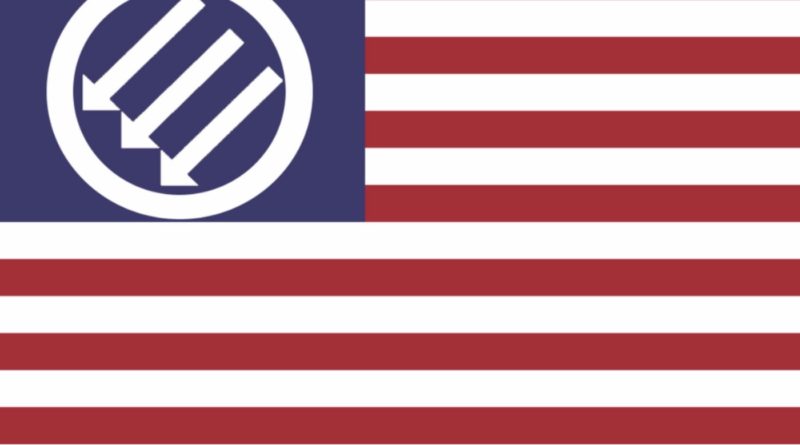 There are a lot of parallels between modern America and Germany during the leadup to the Nazi era: growing racism and xenophobia, economic decline, deteriorating democratic institutions, an obsession with militarism, violent political polarization. But the defining factor that the two countries share in their descent into fascism is a decision by each country’s liberals to participate in the campaign to repress the revolutionaries.

The operation by Weimar Germany’s majority Social Democratic government to crush the communist-led revolt of 1919 showed just how far social democrats can go when the bourgeois system they align with is threatened; they sent in paramilitary forces to assassinate the leaders of the Spartacus League, including the communist Rosa Luxemburg. This prevented Germany from becoming socialist (which would have stopped it from becoming fascist), and kept the opposition to the fascists incurably divided throughout the decade leading up to when Hitler came to power.

It’s notable that the main purpose of the Spartacus League was to be anti-war, because the issues of war and imperialism are what drive the reactionary tendencies of today’s social democrats. Namely, the desire among these modern U.S. liberals to side with the imperialists on foreign policy issues is what’s primarily driving them to go on the offensive against the communist and anti-imperialist movements. Look at how the social democrat commentator David Pakman attacked anti-imperialists and what he called the “Leninist left” last year for opposing Venezuela regime change narratives, or for decrying the coup in Bolivia. Look at how Bernie Sanders has promoted cold war narratives about Russia and China while legitimizing the regime change campaign in Venezuela. Look at how the progressive network TYT has blatantly misrepresented facts about Venezuela and participated in the media’s anti-Russia frenzy. All of these things have served to legitimize both Washington’s recent terrorist actions abroad, and the campaign of censorship against anti-imperialist voices within the imperial core.

The examples of social democrats acting complicit in imperialism go on, from Alexandria Ocasio-Cortez’ meeting with Bolivian coup organizers to Sanders’ endorsement of sanctions on the DPRK. In this moment where the American ruling class is reacting to the decline of U.S. global power and the rise of class conflict, this insistence by the country’s mainstream left to align with imperialism is an ominous sign; it shows that they’ll continue to enable the descent into fascism in order to remain loyal to the idea of American patriotism.

As capitalism’s contradictions come to a head through the recent backlash to racist U.S. police brutality, liberals-including social democrats-are indeed taking the side of the fascists. Sanders has responded to the police murder of George Floyd and the onslaught of police violence against peaceful protesters not by calling to abolish the police, but by stating his opposition to police abolition and endorsing a statement that includes a pay raise for the police. This reflects the general American liberal trends right now of making peace with the cops, making compromises with reactionary politicians, and redirecting the energy of social movements towards their own ineffectual reformist sloganeering.

In a time like this, all of these behaviors from liberals aren’t just discouraging; they’re frightening. Columnist Genevieve Leigh recently observed the fascistic leaders and policies that social democrats and other liberals are enabling:

Since Trump came to power, the Democrats have worked hand over fist to suppress popular opposition to his administration and have instead elevated the most right-wing military figures as the “official” opposition. The Democrats — Sanders included — have said nothing about Trump’s efforts to overturn the Constitution and establish military rule. Instead, they have relied on the military as the arbiter of politics in the United States. It is notable that in Sanders’ interview with the New Yorker he made a point of praising General James Mattis’s condemnation of Trump’s response to the protests, saying that he was “very impressed” by the general’s statement. Mattis earned the nickname “Mad Dog” for leading the bloody US campaign to retake the Iraqi city of Fallujah in 2004 and boasted to his troops during his command of US forces in Afghanistan that “it’s a hell of a lot of fun to shoot” Afghans.

There’s the historical phenomenon of liberals dividing the opposition to fascism. And again, there’s the relationship that Trump’s liberal and “progressive” enablers have with imperialism. Empire is the foundation of the U.S. capitalist machine, the engine through which multinational corporations sustain the plutocracy’s wealth. More broadly, it maintains the very structure of American capitalism; if the country loses its ability to exploit the Global South and the Third World, its economic balance will be completely thrown off and it will be more susceptible to revolution. It will become much like the Third World countries it’s oppressed, which are historically prone to experiencing such lower class uprisings.

What horrifies the American ruling class is that the more the empire declines, the closer it gets to this point. The rise of China, and America’s subsequent anti-Chinese economic isolationism, are exacerbating the economic crisis that neoliberalism has already produced. Trump is willing to cut off all Chinese exports to the U.S., which would make an additional economic bomb go off and create even more lower class dissension. The collapse of capitalism and U.S. imperialism are driving the system to take increasingly drastic measures, measures that history shows lead to fascism.

So it’s natural that social democrats and centrist liberals, who have always defended the American experiment in spite of their partial critiques of it, are going in the same fascistic directions of the reactionaries. These directions are nationalism, chauvinism, militarism, and a focus on “law and order.”

What will be the next actions that liberals help facilitate? No doubt they’ll be an increase of arrests against socialists and anti-racists, a further erosion of civil liberties, and quite possibly a new version of the violent anti-communist repression that the German ruling class carried out. The first step is an increase of censorship against anti-imperialist voices, which has been happening recently as the cold war with China has escalated.

Throughout this crackdown on dissent, the political and media establishment will continue appealing to the American impulse towards super-patriotism, especially as it’s concerned with the military. The fact that the 2021 Pentagon budget focuses on military buildup for confronting Russia and China shows just where the ruling class, and social democrats by extension, will shift their attention in the coming years: advancing the perpetual great-power war while repressing those who oppose it.