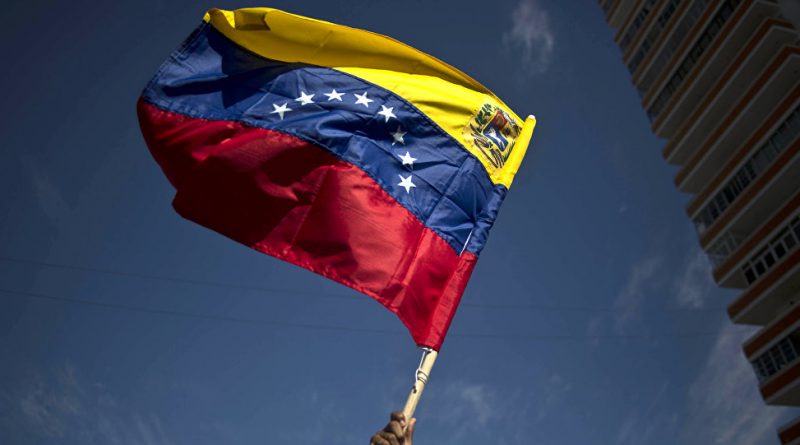 At the beginning of August, two events occurred that allow us to glimpse with absolute clarity the path drawn by the United States to deal with what they call ‘the Venezuelan case’.

On the one hand, the American Business Institute – AEI, for its acronym in English – interviews Elliott Abrams, special envoy of the White House for Venezuela, and he gave an account of Washington’s general plan to overthrow Nicolás Maduro.

A few days later, in Brazil, a business meeting was organized to talk or rather negotiate the reconstruction of Venezuela in the post-Chavez period.

In both situations, the coordinates of an increasingly near future are shown, with the typical arrogance of American hawks and neoconservatives.
Talking about systemic pressure
Let’s start with Abrams. The rhetoric of the special envoy is plagued by the common considerations and places with which the legal and media dossier is usually filled against the South American country and especially against President Maduro.

However, questioned about what he intends to do in the short and medium term to achieve his goals, he releases these lines that are well worth highlighting: “We are trying to, let me use a good Marxist term, ‘increase contradictions’, that is, we are putting enormous pressure on these individuals. (…) We are pressing the entire system.”

The interviewers are not satisfied and ask for more details and even explanations of why the military option is not applied as a quick way to achieve White House objectives.
Abrams does not seem to be very enthusiastic about such a strategy and he opts, rather, for the systemic defeat of Chavismo . From one corner, he manages internal divisions: “We believe there are many civilians, even in the PSUV, which is the old party of Hugo Chavez , the Chavismo party, who realize that Nicolás Maduro is destroying his party, destroying his brand”.

And from the other side, he relies on an unconventional military strategy.
“If we look at the coalition that we have from 55 countries that support Juan Guaidó , we will destroy that coalition if we continue to shout about the military intervention that Latin Americans do not want and that Europeans do not want . You may be able to find two or three countries that say in private: ‘Yes, Venezuela should be invaded’, you won’t find many more than that. I don’t think it’s an intelligent policy,” he argues.

But do not trust. In this interview, Abrams ends up showing us that in the White House they will continue to press to prevent the Venezuelan political knot from being resolved by electoral means. The reason? Let it be he who answers.

“I think that the the regime guys think ‘well, Maduro will not run again because he is a bad candidate’, so they will find someone who is a better candidate. And then maybe Guaidó will run , but they can pay to have another or two seemingly Democratic candidates and then divide the opposition and, in fact, they could win an election . This is a very, very bad idea. That’s why we say Maduro has to leave,” he says.

There is a tacit recognition from Abrams that Chavismo could continue to win elections despite aggressive policies that have been implemented to defeat it. Therefore, he clings to wear and pressure on the Venezuelan population.

The day (and months) after
While the special envoy for Venezuela clarified the picture, a meeting was held on August 1 in Brasilia called Venezuelan Reconstruction, the infrastructure perspective .
In it, according to the report published in the Diario de Las Américas, the special secretary of Foreign Trade of Brazil, Marcos Prado Troyjo; Vice President of Ipsos Public Affairs (company sponsoring breakfast) Mark Polyak, and Vice President for Latin America of the American construction company Hill International. The main spokesperson for the activity was the US Secretary of Commerce, Wilbur L. Ross.
What should be an warning bell for the Venezuelan intelligence community are the 20 critical projects on which they focused during that meeting.

Among them, “the water system of Caracas, the Guri hydroelectric system, recovery of oil production in the Orinoco Belt , the passenger transport system in buses and the recovery of the Jose oil facilities” were highlighted.

Ross said that “more than 14 federal agencies” worked on the document and prepared a schedule for what they consider are the months after the hypothetical end of the government of Nicolás Maduro.

This process would address four lines of action: “Energy, macroeconomic and financial stabilization, agricultural standardization and rehabilitation of the private sector” and would be developed in four stages:

What is the blockade’s fault and what is not?
We have some things well settled. The United States is committed to attrition, to social implosion, to the sharpening of contradictions. To do this, they propose to increase the blockade and suffocation. To take us to an unsustainable standard of living. Their plan for Venezuela, according to their own statements, not only contemplates appropriating all the immense wealth of the country, but above all, erase Chavismo from the Venezuelan political and social landscape.

What the spokesmen of the White House do not make explicit is that their plans collide with more than half of the Venezuelan population that supports the political current inaugurated by Hugo Chávez , and that to literally comply with their plans it would be necessary to reduce to blood and fire thousands of Venezuelans. Of course, this is the part that is usually omitted in interviews and meetings, the hidden story that does not generate good press.

However, if the proposed aggression is multidimensional and systemic, shouldn’t the Venezuelan government plan a counteroffensive with similar characteristics ?
The answer is not simple, but not impossible to elucidate. The aggression against Venezuela has a high psychological and moral component . It seeks to delegitimize the Venezuelan state, its institutions, making social reality increasingly difficult to govern. A palpable example is the economy, where a de facto dollarization has been imposed .
As this progresses, they destroy the living conditions and violate the affective bonds between Venezuelans themselves. The premise seems to be: no state, no society. Take us not to the times before Chavez, but to the wild stages of the nineteenth century.
The threat cannot be assessed with short-term haste, but with the needs on the horizon.

Are the Venezuelan people, the Venezuelan government, only surviving the onslaught or is it, as it resists, advancing in the construction of a different social or political project?
The one who ignited the alarms of the factual powers of the world, which filled the people of each continent with hope.

A scheme that could serve us for the strategic analysis of the situation is to ask ourselves with absolute sincerity, what issues are the fault of the blockade, of the siege, of multidimensional warfare and which are not? What issues escape our hands as Venezuelans, as a government, as a state and which do not?

I think, for example, that preventing us from accessing the international financial system, thereby destroying the possibility, in such an dependent economy, of getting food and medicine , is the absolute fault of US aggression . This is undeniable and is fully documented.

But the fact that the website of an institution dedicated to issuing passports does not work and this results in the thickening of the mafias asking for dollars in exchange for official documents is not the fault of the White House.

The fact that paramilitary groups are formed and financed to destabilize the Venezuelan border and even the interior of the country is the responsibility of both US and Israeli intelligence agencies. Another aspect that does not support refutation.

However, the fact that there are more and more denunciations of peasant victims of hired killers , who claim that the agrarian instruments granted by Chavez have been reversed, which question the inaction and permissiveness of the landowners, is not the fault of the blockade or the Pentagon.

And so we could continue, in the construction of a large matrix that allows us as Venezuelans, to attack the aggression imposed on us much more effectively and efficiently.

They want us divided, they want us hopeless, they want us confused. And the worst thing we can do, in a circumstance like this, is not to speak honestly. Albert Camus already said: “All the misfortunes of men come from not speaking clearly.” I think he’s right.