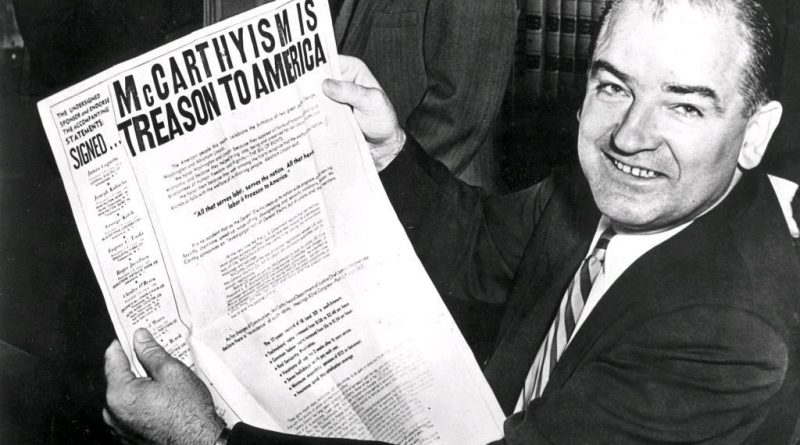 As the Chicago Teachers Union (CTU) find itself locked in tough contract negotiations and faces the possibility of a strike, corporate and right-wing media like the Chicago Tribune, Breitbart and others have launched a bizarre attack that seems like it is straight out of the 1950s red scare. Rather than addressing the real problems impacting teachers and students in Chicago schools, these reactionary pundits have decided the rant and rave about – of all things – a delegation of teachers that traveled to Venezuela earlier this summer.

Here are the facts of the matter. A group of teachers who are also members of the CTU put together a delegation to visit with leaders of Venezuela’s labor movement and with community activists. It was a self-organized, non-governmental, person-to-person visit. They traveled on their own dime, collecting some of the needed travel funds from other progressives. While in Venezuela and since their return, they have talked plainly about what they saw and heard. Venezuelan trade unionists, community leaders and the government are trying to push back against the economic chaos that is being conjured into being by the Trump administration.

No reasonable person can find anything objectional here. International solidarity and unity among trade unionists is a good thing. It is a plus for us in the labor movement. For working people there is the well-known adage that there is strength in numbers. Why wouldn’t we want to unite the many to defeat the few?

Newspapers like the Chicago Tribune have developed a narrative that is a smorgasbord of stupidity, casting hard facts as topics of the debate. The teachers who went to Venezuela speak about the criminality of the Trump administration’s sanctions. These sanctions are keeping food and medicine from the people of Venezuela. The same administration that puts kid in cages along the border with Mexico are now trying to starve an entire country for taking the path of their own choosing. Once again, the anti-union, right-wing press has got the story wrong.

One dimension of these attacks is the group of sore losers who were overwhelmingly defeated in the last CTU leadership elections, and who having been trying to make up for their small numbers and lack of a positive program by striking a shrill cadence. At the end of day, it is nothing more than hot air.

Every progressive in labor who wants a union movement that is broadminded and militant should stand with these Chicago teachers. A lot of people think about doing the right thing, but these teachers up and did it. They organized themselves, and they traveled, and they told the truth about what they saw. More power to them – the labor movement is a better place because of their courage and clarity.