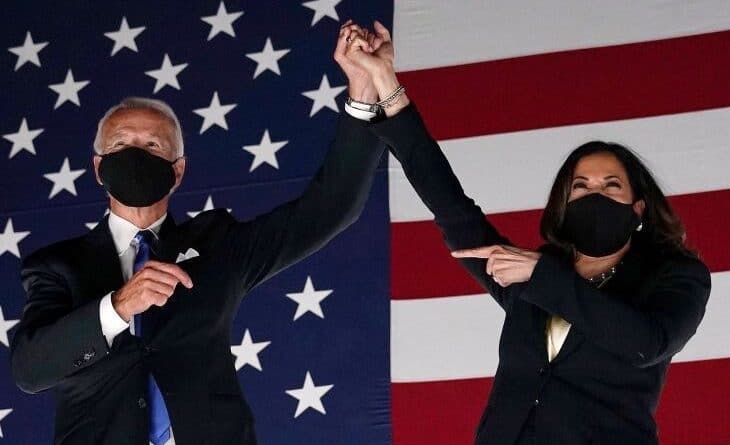 Government: Sorry did you say a new military base in northeastern Syria?

Government: Alright you drive a hard bargain but here’s a new military base in northeastern Syria.

Sorry we’re not going to be able to do the $2000 checks thing, or the cancelling student debt thing, or the $15 minimum wage thing. Would you accept payment in the form of social media “dunking” on Senate Republicans instead?

Biden is so endearingly befuddled in his old age it’s easy to forget how many children he’s killed.

Electing a new US president doesn’t change the movie, it just changes the soundtrack.

Abusive narcissists are just as motivated to acquire allies as they are to acquire victims. They’re often well-liked in the circles they move in, because the clever ones work hard on manipulating the way they are publicly perceived. This is also the case with the US empire.

RELATED CONTENT: The Real World And The Narrative World

Things that should be done in response to the Capitol riot:

Things that shouldn’t be done in response to the Capitol riot:

So naturally we’re going with the censorship via Silicon Valley oligarchs thing.

It’s hilarious how the government which continually rains bombs on other countries has a list of “designated terrorist organizations” which it solemnly adds and removes names from based on which groups it likes and doesn’t like in a given moment.

To design a secure prison, you’d want good locks, high walls, a lot of guards and tons of surveillance.

To make it even more secure, you’d keep all of the above while also tricking the prisoners into thinking they are free.

One of the most consequential collective delusions circulating in our society is the belief that our society is free. Our society is exactly free enough to create the illusion that we have freedom; from that line onwards it’s just totalitarianism veiled in propaganda.

They don’t need to kill or silence socialists and anti-imperialists, they just need to keep us from gaining a critical mass and going mainstream. As long as they can prevent that, it actually serves their interests to have a few of us around creating the illusion of freedom.

The problem with informing liberals that NED is a CIA cutout is that liberals think the CIA is good.

At a time of great need the US government is letting its citizens freeze, go broke, get evicted, and die of preventable illnesses, so obviously it’s of paramount importance right now for Americans to rise up with one voice and direct their righteous anger at China.

I’m developing a special disdain for people who mindlessly regurgitate US anti-China narratives, especially people who are normally skeptical of US government claims. There’s just no excuse for this nonsense. The geostrategic agendas are so obvious, and the facts are so readily available for anyone intellectually honest enough to look.

“Caitlin, China’s completely different from all those countries the US empire has lied about before. This one’s real!”

No you airhead, you’ve just been consuming western propaganda about China for a much longer period of time. That’s the one and only difference.

People regurgitating State Department anti-China lines seem to think of themselves as these unique little snowflakes who are totally different from those who’ve supported every other US imperialist agenda, when they’re exactly the same in every way. Literally every single possible way. They’ll be like “I opposed the Iraq invasion, but China is different.” No, you were just right then and now you’re wrong. You saw one thing clearly and now you’re seeing another thing unclearly. The propaganda gun missed your head with Iraq, then scored a bullseye with China.

“So you’re saying the CCP are the good guys??”

Hollywood has conditioned you to look for “good guys” and “bad guys” in every conflict. Your impulse to assess whether a nation on the other side of the world which poses no threat to you is “good” or “bad” is itself the result of propaganda.

Lovers who are both (A) fascinated by each other and (B) dedicated to continual self-discovery can keep falling in love endlessly, because they’ll keep discovering new things about themselves for the other to love, and the other will keep uncovering new things in them to love. We are all bottomless, so as long as the discovery continues the honeymoon never needs to end. You’re both intensely curious about each other, so you’re both leaned into each other trying to discover new things to love. The adventure never ends, and it remains exhilarating.