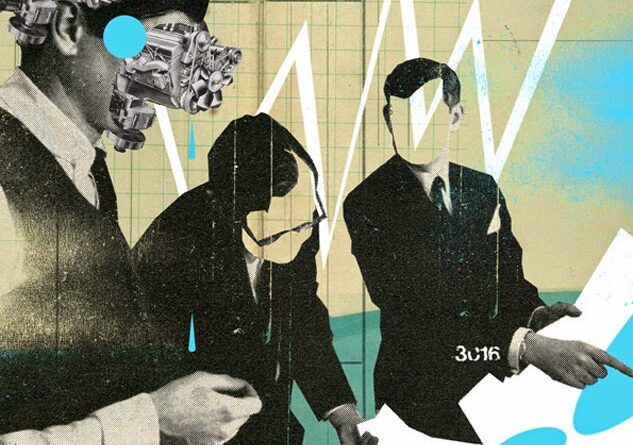 There are those who utilize a monetarist dogma to shut off debate with the line “there’s no money for salaries.” To this statement they add another with the same tone of surrender: “we can’t adjust salaries if we are not productive.” They finish up by saying, “imperialism has us blockaded.”

They are starting from a mistaken diagnosis. It is not the US economic blockade that is the main cause of the decline in salaries. Of course it has an influence, but it is not the determining factor. What has far more weight is the attack on Venezuela’s bolivar currency, which they never even incorporate into their discussion. And we presume that they also leave this out of their analysis, even though the imperialists themselves have confessed that this is one of the weapons of the economic war that they wage against the people of Venezuela. Beginning from a mistaken diagnosis, they go on to entangle themselves in contradictions and paradoxes, even in their own theories. We will demonstrate with a simple example.

Imagine an economy where they produce nothing but bread. Every day they produce and consume 10 loaves of bread at the price of one bolivar each. So they need ten bolivars in that economy in order to be able to produce and consume this number of loaves of bread. Suddenly the next day, a foreign agent intervenes in the normal market dynamics and attacks the bolivar, manipulates the rate of exchange and uses its media power to declare that now the rate is no longer one bolivar to the dollar, but one million bolivars to one US dollar. Those who make the bread, using a logic of maximizing profits and with the argument of “inventory replenishment,” incorporate this change in the exchange rate—even though it is false—into their cost structure, and in 24 hours put the price of the bread up to one million bolivars each. The only ones who have no ability to adjust themselves to the new exchange rate are the workers, unless the government intercedes for them. Any resemblance between that and our current reality is intentional, including the orders of magnitude.

What will we do with the bread? There are very few who can order and eat bread costing one million bolivars per loaf. In order to keep producing, and, above all, consuming ten loaves of bread, now it will be necessary to have more bolivars circulating in the economy— specifically ten million instead of ten (This comes from multiplying the ten loaves by one million bolivars each). The bread is going to spoil. There are not enough people with money to buy them. The bakers will bake fewer loaves of bread.

The attack on the bolivar currency, which is a phenomenon apart from normal market dynamics, created a rise in the price of bread that, given a fixed salary, causes a decline in purchasing power, a decrease in the quantities in demand and quantities produced, but—above all and most important—a decrease in consumption on the part of the people of this country. While this condition of being under siege continues in this economy, the bread bakers, regardless of how good their intentions are, cannot increase the production of bread, not even if they are excused from paying all taxes, and not even if the government gives them hard currency. Why would they produce more bread if no one is going to buy it from them?

Then, we must ask the monetarists: if you claim that, in order to raise salaries, first we must increase production, what do you plan to do if, in fact, production will not increase until the bakers can see an increase in demand for their bread, and if, in order for this to happen, it will first be necessary to raise the salaries of those who buy bread? Are you, or are you not, trapped in your own logic and in your own theory?

RELATED CONTENT: No ‘Singles’—the Other Headache for Shoppers Using US Dollars in Venezuela

The only way to resolve this paradox is to increase the amount of circulating currency in the economy in the same proportion as the rise in prices. This money should be directed toward increasing demand by means of increasing household consumption, among other means. And in order to do this it is necessary to align the increase in wages with the increase in prices, in the same proportion, and using this as the index.

For those who insist on the argument, also dogmatic, that an “inorganic” increase of money in the economy will generate inflation because it is not backed by the real economy and thus by production of goods, we would say that this is false. This increase in currency is backed up by the production of the ten loaves of bread, just as always. The economy has the capacity to produce them without seeing this reflected in a rise in prices. Oh!—But there are so many more zeros on the right? Well, yes, but in a situation in which the working people can eat their ten loaves of bread per day.

Let us look at what has occurred in the Venezuelan economy. There has been an induced depreciation of the bolivar of about 234,009,360,274% since 2013 as a result of political manipulation of the exchange rate. This has caused a 59,840,139,762% increase in prices during the same period. Salaries have increased only 5,783,132,430%. The excuse for not adjusting them in the same proportion as prices has been “there is no money.” Obviously, faced with a criminal attack of this magnitude on the bolivar currency, there will never be enough money, just as we have demonstrated in the example of the bread. In this situation, the Central Bank of Venezuela, trapped in its own monetarist logic, instead of increasing the circulation of bolivar currency in the same proportions as the prices and the exchange rate, has decreased real wages 92% between 2013 and 2020.

What have they achieved with this measure, apart from opening up spaces for dollars? It hasn’t slowed the decrease in production, now about 70% in spite of all the concessions granted to national and international capital. Still less has it improved real wages; on the contrary, they has fallen 99% between 2013 and 2020, causing a fall in consumption by household of 50%, of government spending by 30%, and of investment by 88% (These decreases are between 2013 and 2017; we do not yet have the figures from 2018 on, but they are unlikely to have improved).

With regard to the other argument advanced by those of the Friedman school of thought, about how one should not increase the money supply because it generates inflation, we would like to remind them that, based on their own economic theories, the Venezuelan economy is producing far below its existing plant capacity—at 22%, according to Conindustria. Therefore an increase in the amount of money will not translate into an increase in prices. In economic terms, we find ourselves in the flexible area of the aggregate supply curve, far from production at full capacity, so that any increase in aggregate demand, as a consequence of an expansive monetary policy will create increases in national production while the level of prices will remain relatively constant, all other things being equal with regard to the aggregate supply.

Within the framework of the attack on the bolivar currency and of economic warfare against us, the only way of increasing national production is to stimulate demand by means of an increase in the supply of money, which should be redirected necessarily and exclusively by the State in order to finance public investment and spending, increase workers’ wages and in consequence their household consumption. All of this will cause a revitalization of the economy as a whole, which by a multiplying effect, will also arrive at the private sector. This expansive monetary policy should be accompanied by a tax reform that will also allow the redistribution of wealth, which, during recent years, has been excessively pocketed by the bourgeoisie taking advantage of the phenomenon of hyperinflation.