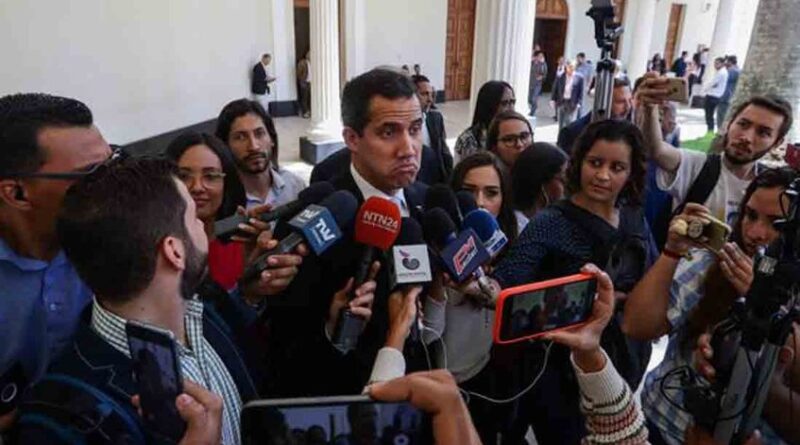 Hinterlaces carried out a poll on how Venezuelans consider the various national opposition leaderships in the country, and has published a national ranking depicting the favorable and unfavorable opinions regarding right-wing leaders in Venezuela.

According to the survey, fromer deputy Juan Guaidó heads the top 5 list of the most rejected politicians, with a disapproval rating of 83% and a mere 13% favorable opinion. Julio Borges of Primero Justicia got an 81% disapproval; Leopoldo López came close with 80%, Henry Ramos Allup with 79% and Henrique Capriles with 77%.

Henri Falcón, leader of Avanzada Progresista and candidate to the governorship of Lara state, received a disapproval score of 66% and only a 20% voter support. Meanwhile, María Corina Machado of Vente Venezuela got a 58% disapproval against a 31% approval. Businessman Lorenzo Mendoza had the support of 52% of the Venezuelans surveyed and a 38% rejection. 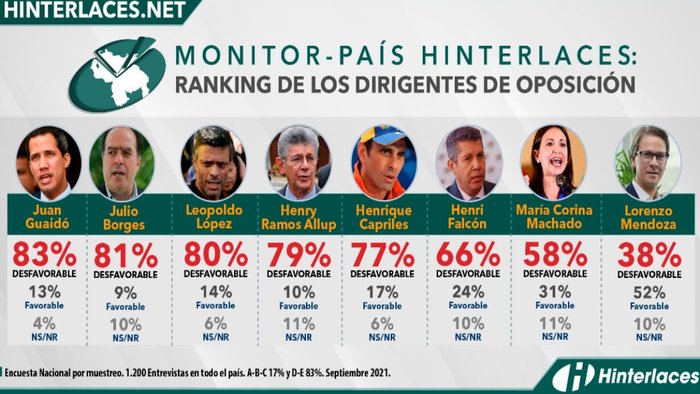 The data comes from Hinterlaces’ Monitor-País survey. The poll was carried out during the month of September 2021 through 1,200 direct interviews with female and male participants over 18 years of age. Of the people surveyed, 17% belonged to social strata A, B and C, and 83% to strata D and E.

Featured image: Juan Guaidó got a disapproval rating of 83% according to Hinterlaces. Photo: Globovisión