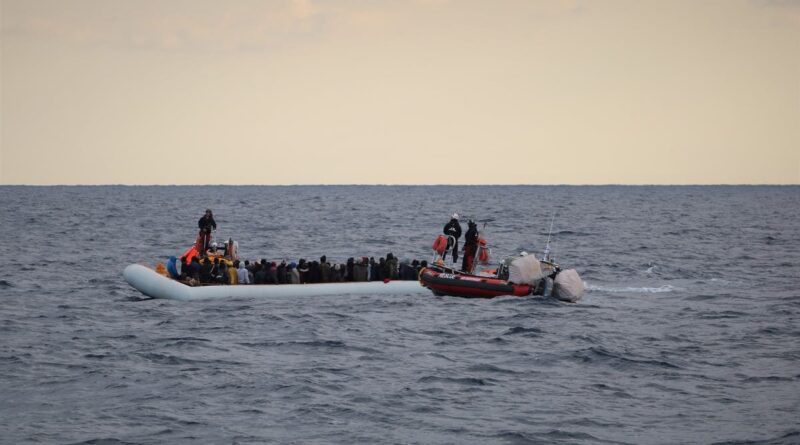 On Sunday, April 24, Pope Francis said that it is a “shame” that 130 migrants are missing since Thursday after a shipwreck in the Mediterranean Sea, and declared himself “very saddened by this tragedy.”

“I confess that I am very saddened by the tragedy that has occurred again in recent days in the Mediterranean,” he told the faithful after the Regina Coeli prayer, at St. Peter’s Square in the Vatican. “Brothers and sisters, let us ask ourselves about this umpteenth tragedy. It is a moment of shame.”

Last Thursday, the Ocean Viking ship of the NGO SOS Mediterranean and three merchant ships searched for survivors for hours without success, until they detected dozens of bodies near the coast of Libya next to an inflatable boat, which capsized while traveling with about 130 migrants.

According to the International Organization for Migration, at least 453 migrants have drowned in the Mediterranean so far in 2021, most of them on the central route that connects the coasts of Tunisia and Libya with those of Italy.

Alarm Phone, a hotline to help migrants, warned since Wednesday that the barges in which they were traveling were in great difficulty due to the tide. The boats had sailed from Libya with waves of up to twenty feet.

Humanitarian NGOs accuse the countries of the European Union (EU) not only of not wanting to help migrants in distress, but also of preventing their rescue activities.

“One hundred and thirty migrants died at sea. They are people; they are human beings who for two whole days begged for help in vain. A help that did not come,” the Pope lamented, as reported by the AFP news agency.

“They asked for help for two days. Let us pray for them, for those who are dying, and for those who could help and look the other way,” said Francisco.

Featured image: Migrants wearing life jackets on a rubber dinghy, photographed during a rescue operation by the MSF-SOS Mediterranean-run Ocean Viking rescue ship, off the coast of Libya in the Mediterranean Sea, February 18, 2020. Many of them are not lucky enough to be rescued while European countries look the other way. Photo by Reuters.