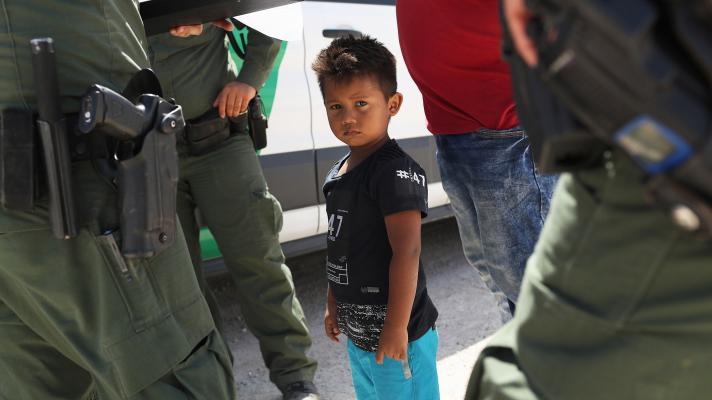 At least 18,000 unaccompanied migrant children disappeared following their arrival in European countries in a span of less than two years, according to an investigation cited by the Guardian.

18,292 children had disappeared across the continent between January 2018 and December 2020, equivalent to about 17 children each day.

In 2020 alone, 5,768 children disappeared in more than a dozen European countries, including Greece, Italy, and Germany.

According to the available data, one in six was alone and under 15 years of age. Almost 90% were boys.

Most of the children came to Europe from Morocco, but Algeria, Eritrea, Guinea, and Afghanistan were also among the countries of origin.

The report, which collected data on missing unaccompanied minors from all 27 EU nations, as well as Norway, Moldova, Switzerland, and Britain, indicated that the actual figures could be much higher.

Spain, Belgium and Finland provided data only up to the end of 2019. Denmark, France, and the United Kingdom did not provide any data.

In March 2019, a news report found that at least 60 Vietnamese children had disappeared from Dutch shelters. They had reportedly been trafficked to Britain to work on cannabis farms and in nail salons.

RELATED CONTENT: Business or Philanthropy? Where Does the ‘Humanitarian Aid’ Money for Venezuelan Migrants Go?

Federica Toscano, head of advocacy and migration at Missing Children Europe, said these children are among the migrants most vulnerable to violence, exploitation, and trafficking. “The high number of missing children is a symptom of a child protection system that is not working.”

“Criminal organizations are increasingly targeting migrant children,” Toscano said, “especially unaccompanied ones, and many of them become victims of labor and sexual exploitation, forced begging, and trafficking.”

Herman Bolhaar, the Dutch national rapporteur on human trafficking, said: “We cannot lose sight of these children… They deserve our protection.”

According to figures published by the International Organization for Migration (IOM), more than a million refugees reached Europe in 2015, while more than 3,700 people died or disappeared on dangerous trips to the continent.