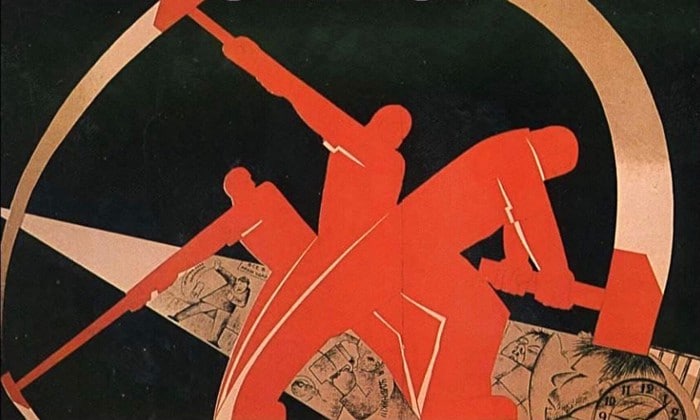 Especially within the core imperialist countries, capitalism’s culture of decadence and narcissism creates a psychological roadblock to revolutionary militancy. When the dominant social forces encourage you to always look out for yourself first, to view life as a struggle between individuals rather than a collective effort towards a shared goal, your commitment to fulfilling your role within the class war becomes distorted by an ingrained obsession with being a “winner.”

If you’ve examined the absurdity and egoism of our social media culture, you probably already have a good sense of the cultural pathology that I’m talking about. We’re awash in an environment where people are encouraged to define their self-worth based on how many likes they get, and where Twitter mobs are constantly jumping on bandwagons of vitriol against the latest figure who’s made a real or perceived misstep. Arbitrary hierarchies are formed where the subjects of ridicule get placed at the bottom, and the attention-seekers at the top get to bask in the crowd-reinforced feelings of smugness that their quippy remarks have granted them.

This kind of tedious drama is as prevalent within online radical spaces as in anywhere else, with the ideological infighting and petty rivalries of activist life being magnified by social media. I imagine that many of my readers identify with this experience, and that a lot of their time has been wasted by the ridiculous one-upmanship of these environments. Some might even have stories of their mental well being getting greatly impacted by this phenomenon. But when you look behind all the grandstanding and melodrama that’s involved in this social media toxicity, you find that it’s just another facet of the consumerist lifestyle obsession-and that you can overcome its influence over you.

This entire environment is built upon surveillance capitalism, the system that exploits society’s device addictions for data collection and ad revenue. And surveillance capitalism, along with all the absurd social dynamics it’s given rise to, is built upon the manipulations that corporations have long used to get people to care about what they’re selling. It’s no wonder that in today’s social media popularity contests, we see echoes of how the fashion industry has defined who’s “cool,” how the beauty industry has defined who’s “attractive,” and how the car or home appliance industries have defined who’s “successful.” It’s the same system, selling us the same lie about how you only matter if you win the absurd game that the corporations have set up for you.

You won’t fulfill your role in the revolution if you prioritize your life around how to win this game. You won’t be able to focus on what really matters to the cause of proletarian revolution if you’re focused on controlling how all the people who are plugged into the Matrix perceive you. What matters is educating the masses and yourself on theory, building the organizations that can become capable of fighting against the capitalist state, and attaining the training, resources, and plans to carry out your responsibilities for when things pop off.

Upon seeing just how much these goals contrast with what social media culture tells us to care about, we realize how much this culture is capable of leading us towards counter-revolutionary thoughts and actions. It’s a big distraction, one whose insidious and destructive nature reflects the late-stage capitalist foundations that it emerged from. Social media culture became what it is today in the aftermath of the 2008 economic crash, when the sense of ease and comfort that consumerism has traditionally depended on vanished for most people. When extravagance became a lot harder to participate in, we turned to giving off the illusion of being rich and carefree through phony online personas. The system found a way to profit off of our insecurities and anxieties, dragging us into a narcissistic fantasy and telling us that this fantasy could only be sustained by feeding into surveillance capitalism more.

What about when the illusion can no longer be perpetuated? What about when the growing poverty, natural disasters, and state violence that our screens have been trying to distract us from come to impact you in a way that’s personal and undeniable? For tens of millions within the U.S., this last year has been when such a confrontation with reality has occurred. Hunger in the country has tripled since the start of the pandemic. Over 360 thousand U.S. Covid-19 deaths have happened. At least 22 million jobs have been lost. This last year’s hurricanes displaced thousands in the U.S., while fires along the west coast displaced tens of thousands. These crises are just the start of the internal climate refugee crises, power grid breakdowns, economic collapses, and unprecedented future pandemics that U.S. military experts anticipate will happen in the U.S. in the coming years and decades.

We won’t be able to confront this reality as long as we remain obsessed with the social media popularity game. All the sniping, drama, and bullying within this electronic world, which can weigh so heavily on one’s psyche, is meaningless in the face of what’s coming. Twenty, ten, or even five years down the line, the electronic hallucination that seems important now will be replaced by the brutal politics of surviving societal collapse.

Once I realized this, I became free from the suffering that resulted from my previously intense investment in the social media game. I stopped caring about what all of these participants in the game thought of me. I realized that when it comes to Marxists and social media, gaining popularity is just one kind of means to an end (educating the masses on the need for proletarian revolution), and not some kind of all-important end within itself. This simple realization can free a Marxist to put all of their focus on the educational, organizational, and combat training work that truly matters to their cause.

RELATED CONTENT: You Have No Obligation to Conform to a Wildly Sick Society

If someone is still emotionally invested in the social media game and the consumerist lifestyle obsession that it stems from, that’s understandable; no one’s immune to manipulation. I once fell victim to it for a time. But outside the bubble, the direness of our circumstances loom, as well as the urgency of our task of building proletarian power. For the victims of global capitalism and imperialism, and for a growing amount of lower class people within the imperial core, focusing on the game isn’t even an option. What matters in their world is avoiding starvation, homelessness, or getting violently killed. If they aren’t invested in the illusion that surveillance capitalism has created, why should we be?

To get a sense of the kind of mindset we’ll need to embrace if we’re serious about making revolution happen on this continent, read the words of Ka Mimi, a Philippines guerrilla movement member who’s helping her people liberate themselves from brutal capitalist exploitation:

There are times when it is difficult, there are sacrifices, like walking when it’s hot, raining, at night. But there are also times when we can hold studies on politics and military work, and raise our ideological unity. There are also time specified for mass work. In general, daily tasks are collectively decided, and we carry them out by helping each other…I learned to internalize and overcome the fear of death in the revolution and think of it as a reality in war.