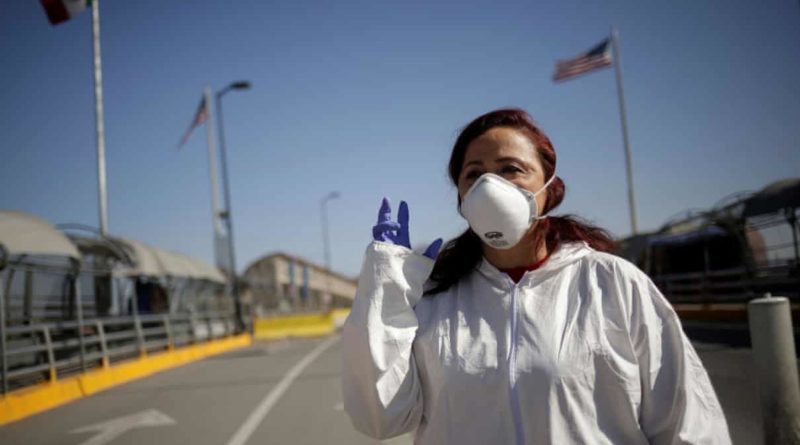 After Activism in US-Owned Factories A prominent labour lawyer in Mexico’s borderlands has been arrested on accusations of inciting violence – a move family members and colleagues denounced as retribution for advising wildcat strikers at US-owned factories.

Susana Prieto Terrazas filmed her own arrest in the city of Matamoros on Monday. “I knew that sooner or later the state governor would do this. I am being arrested,” she said as she was confronted by officers.

She was transported to the state capital, Ciudad Victoria – 320km south-east of Matamoros – and was ordered detained on Wednesday morning. Prosecutors said she was arrested on charges of inciting riot, threats and coercion of public officials.

“We think this is an attempt to get her out of the picture,” said Fernanda Peña Prieto, the lawyer’s daughter. “They’re trying to fabricate false evidence, saying that my mother was the mastermind of whatever violence workers may have committed.”

A fiery speaker with a fondness for sarcasm and a shock of dyed red hair, Prieto has made many enemies by representing workers fighting for higher salaries and trying to organise independent unions at maquiladoras – largely foreign-owned factories that manufacture products for export.

But Prieto has also battled union bosses, who have a history of putting company interests ahead of workers’ wages and benefits.

“They have always been the right arm of the companies’ human resources department,” she told the Guardian in 2019. “That’s why they don’t allow workers to join or register independent unions.”

In 2015, Prieto advised workers at a Ciudad Juárez plant operated by the US printer and software company Lexmark, who were fired for demanding a wage increase of $0.35 per day.

RELATED CONTENT: How has Bolivia’s de Facto Regime Taken Advantage of Covid-19 to Consolidate its Power and Repress Political Rivals?

During an unprecedented wave of wildcat strikes in 2019, Prieto described fierce resistance from maquila owners. “They’re fighting tooth and nail because these gringo bastards don’t want to set a precedent,” she told the Guardian.

Those strikes spread to other businesses, and according to the city’s maquila industry led to a slump in investment in Matamoros.

Prieto’s arrest comes as more maquilas reopen following lockdowns prompted by the coronavirus pandemic. According to health officials, Mexico has not yet reached the peak of its outbreak and the number of Covid-19 deaths is still rising, but the country has come under intense pressure from the US to declare many manufacturing activities “essential” as they form part of continental supply chains.

Prieto had campaigned against policies at maquiladora plants in Ciudad Juárez, which she said had put workers at risk of catching the new coronavirus.

Andrés Manuel López Obrador, Mexico’s president, has shown little enthusiasm for labour activism along the border, despite winning power on the promise of a better deal for workers and doubling the minimum wage,

The new Nafta agreement set to come into effect on 1 July proposes many improvements in labour standards.

“We’ve not been favoured by the federal government in any way,” Peña said. “Mexico is wearing itself out trying to please the United States.”