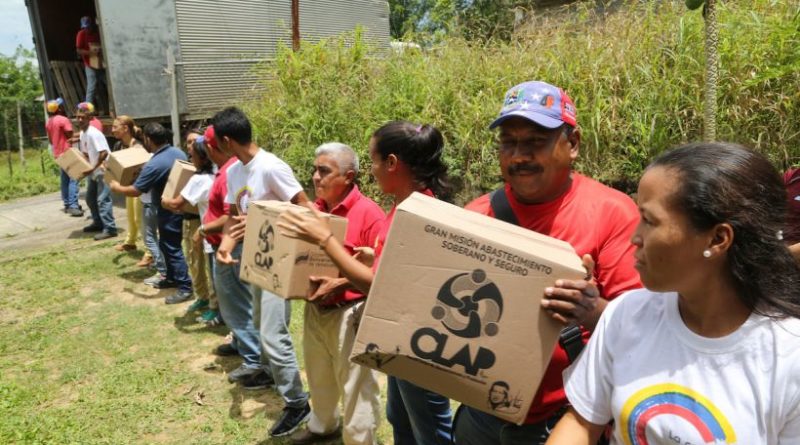 The Venezuelan government labeled the arrest of Alex Nain Saab as an arbitrary detention, an incident that occurred on Friday June 12 in Cape Verde, when the plane on which he was traveling back to our country made a stopover to load fuel in the African nation.

This is stated in a communique issued by the Venezuelan executive published on the Twitter account of Foreign Minister Jorge Arreaza.

The text indicates that this incident “clearly corresponds to the actions of aggression and siege against the Venezuelan people, undertaken by the government of the United States of America in order to abruptly affect and interrupt negotiations on behalf of the Venezuelan government aimed at guaranteeing the right to food, health and other fundamental basic rights for millions of Venezuelans.”

#COMMUNIQUE | Venezuela denounces the arbitrary and illegal detention of the Venezuelan diplomat, Alex Nain Saab, by Interpol, when he was on transit in Cape Verde, joining the actions of aggression, blockade and siege of the United States against our country #Clap https://t.co/3FrnfTCVnI

The text highlights that at the time of Saab’s arrest there was no arrest warrant through Interpol.

“In violation of all regulations and procedures, Mr. Saab Morán was irregularly detained by Interpol authorities in Cape Verde on June 12, despite the fact that at that moment there was no red code in force in the system of that coordination body of international police,” says the communique.

The statement details that it made a “technical landing” necessary to continue its journey in order to take steps to guarantee the procurement for the CLAP subsidized food program, as well as medicines, medical supplies and other humanitarian goods to deal with the Covid-19 pandemic.”

Likewise, a call was made by the Venezuelan authorities to release “Álex Saab, facilitating his return and protecting his fundamental rights, based on due process.”

Alex Saab is a Colombian Venezuelan entrepreneur that has been key to keeping the CLAP program alive despite the criminal US sanctions against millions of Venezuelans aiming at starving them, hoping this will bring a never-coming ouster of President Nicolas Maduro.

Sources indicate that Saab was on his way back on a working visit to Iran. His companies in several countries have been sanction by the US Treasury (OFAC) as well has he himself and his family but he was never charged by the US regime.

Below, the whole official translation of the communique:

Venezuela denounces the irregular detention of Alex Saab in Cape Verde
The government of the Bolivarian republic of Venezuela has learned of the arbitrary detention of Venezuelan citizen, Alex Nain Saab, by Interpol in the republic of Cape Verde. This action that violates international law and norms, clearly corresponds to the acts of aggression and harassment against the Venezuelan people, carried out by the government of the United States of America, with the purpose of abruptly interrupting endeavors on behalf of the Bolivarian government, undertaken to guarantee the right to food, healthcare and other basic fundamental rights of the people of Venezuela.

In face of the restrictions illegally imposed by the United States government on Venezuelan commerce and economy, Mr. Saab Morán, as an agent of the Bolivarian government of Venezuela, was in transit in the Republic of Cape Verde, during a stop that was technically necessary, in order to continue his itinerary with the purpose of guaranteeing the acquisition of food for the Local Committees of Supply and Production (CLAP, in Spanish), as well as medicine, medical supplies, and other humanitarian goods used for tending to the COVID-19 pandemic.

In violation of all norms and procedures, Mr. Saab Moran was detained in an irregular manner by Interpol authorities in Cape Verde on June 12, despite the fact that at the time there was no active Red Notice in the system of that international police coordination body. After his arbitrary detention, on June 13, Interpol issues an extemporary capture order to justify the detention, without taking into consideration the diplomatic immunity granted by international law to an agent of a Sovereign State.

The Bolivarian republic of Venezuela states that it has undertaken all corresponding endeavors through diplomatic and legal channels in order to guarantee the human rights of Mr. Alex Saab, as well as his unalienable right to a defense. In this regard, in strict adherence to international law and within the framework of the friendship and relationship of respect that historically has been maintained between both nations, Venezuela calls on the State of Cape Verde to release Mr. Alex Saab, facilitating his return and safeguarding his fundamental rights, beginning with due process.

DEA Express? A jet operated by "Presidential Air" is scheduled to depart Sunday at noon from Cabo Verde to Miami's Opa Locka. Alex Saab was arrested in Cabo Verde on a Miami indictment. Presidential Aviation is a USG contractor formerly owned by Blackwater https://t.co/NDEdJ7ZcLE

AP journalist Joshua Goodman, well known by Venezuelan media as a mouth piece for the Miami gusanera and the State Department posted on his twitter account a tweet saying that a jet operated by the US mercenary company “Blackwater” was scheduled to take Saab from Cape Verde to Miami on Sunday, June 14.

Featured image: Venezuelans organize themselves in their communities to receive and distribute the Clap boxes every month within the Communal Councils. Six million households survive the US blockade thanks to this food program. Courtesy of Kaos en la Red.