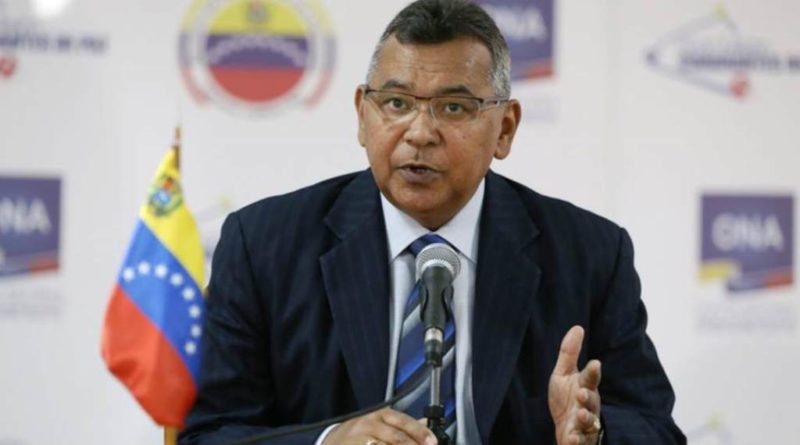 Venezuelan Minister for Internal Relations, Néstor Reverol, ordered “a thorough investigation of the facts and the acting officials” regarding what happened during a procedure of the FAES (Special Actions Force of the Bolivarian National Police) in the El Limón sector of the old Caracas-La Guaira highway last Thursday, in which five people were killed. The minister instructed the head of the Cicpc Homicide Division (Corps of Scientific, Criminal and Criminal Investigations) to personally carry out the investigations and to collaborate with two Prosecutors of the Public Ministry in the area of ​​human rights. For his part, the Attorney General, Tarek William Saab, indicates that the case is being investigated.

One of the deceased, named Wilmer Yánez, worked as an escort for the Minister for Prison Affairs, Iris Varela, according to his wife, Solsiret Zorrilla. She explained in a video broadcast by the journalist of events Román Camacho, that at 3 in the morning on Thursday a group of officers arrived kicking at the door of their home. They asked Yánez what he was doing and he explained that he worked as an escort for the minister. Zorrilla explained that they took him away, claiming that he was allegedly being transferred to the Caricuao headquarters, and twenty minutes later several shots were heard.

After an irregular event that took place in the El Limón sector of the old Caracas – La Guaira highway, in which five citizens died due to a FAES procedure, I have instructed that a thorough investigation of the events and the acting officials be opened.

I also appointed the Chief of the Homicide Division of the #Cicpc, to personally direct the investigation of the case and provide all the collaboration due to the two Prosecutors of the Public Ministry, with national jurisdiction in matters of human rights, who have been appointed to advance the investigations of this case.

Our unwavering premise was, is and always will be to guarantee citizen security and social peace, respecting human rights and complying with the principles of the use of force that govern our police model.

Any situation that constitutes a deviation from that mandate or involves irregularities in the established procedures will be duly investigated and, if the reported facts are verified, those responsible should be sanctioned with all the weight of the law.

RELATED CONTENT: One of George Floyd’s Killers Out on Bail (Thomas Lane)

Venezuelan Attorney General, Tarek William Saab, reported this Friday afternoon from his Twitter account that the investigations are being carried out. “On the case of the alleged executions attributed to the Faes on the old Caracas-La Guaira highway, the Public Ministry advances all the field crime scene: technical inspections, ballistic trajectory, planimetry and interviews.”

He indicated that “our commitment and that of the Venezuelan State in the field of Human Rights: will guarantee the clarification of the facts and the sanctions that may arise.”