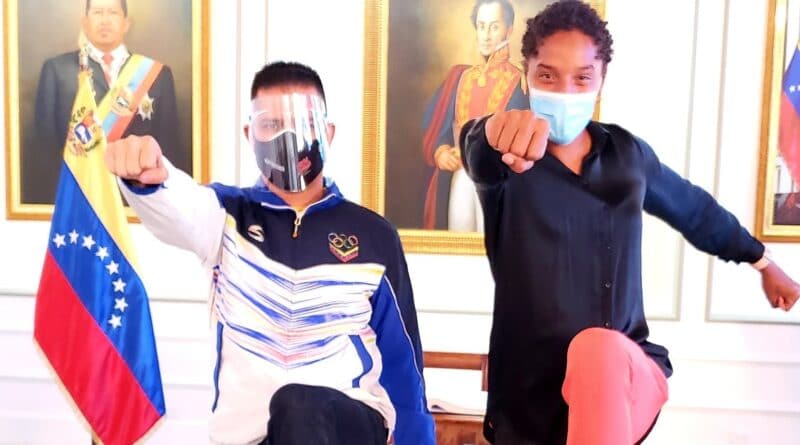 The Venezuelan sportswoman in the athletics discipline, Yulimar Rojas arrived in Venezuela after her recent victory in the Autonomous Combined Events Championship held in Castellón, Valencia, Spain.

Likewise, he shared an image on his Twitter account in which he is shown with the Venezuelan Olympic hope.

On September 5, Yulimar Roja obtained 14.71 meters in the control stop parallel to the Autonomous Combined Tests Championship that took place in Castellón, Valencia, in the Triple Jump event, with the aforementioned mark as a record and made her the world leader of the year in that discipline.