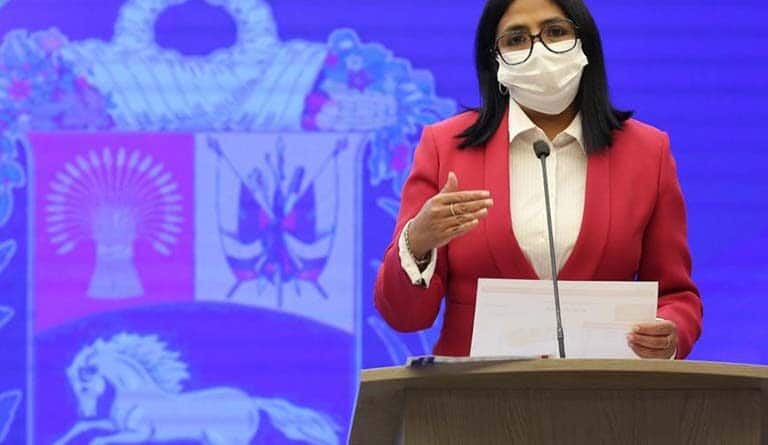 The Executive Vice President of Venezuela, Delcy Rodríguez, reported that in the last 24 hours Venezuela registered 885 new Covid-19 cases by community transmission and 25 infections detected in migrants coming from abroad.

In a telephone interview with VTV, Rodríguez highlighted that among the localities with the highest number of cases are the Capital District with 190, Nueva Esparta with 164, Carabobo with 113, Aragua with 78 and Miranda with 67.

Regarding the imported cases, she pointed out that 24 are Venezuelans coming from Colombia who entered through the states of Apure (21) and Táchira (3), while one came from Brazil.

The vice president highlighted that currently, of the total active cases in the country, 7,475 are asymptomatic; 2,948 have mild symptoms, 840 have moderate respiratory failure and 148 are in intensive care units.

Regarding the deceased, she reported that there were eight people and detailed that two were from the Capital District; two in the state of Miranda, two in the Apure state, one in Mérida state and one in Táchira state.

Delcy Rodriguez reminded [the public] that this week the entire country must comply with the radical quarantine under the 7+7 scheme, so she insisted on the importance of avoiding leaving home if not necessary.