As I wrote last week, Kevin Zeese died unexpectedly in his sleep, likely from a heart attack, early in the morning on September 6. He had not shown signs of illness and was working until the end.

Many of you know Kevin from Popular Resistance, from his writing and podcast Clearing the FOG. He had a deep knowledge of history and the issues. He often spoke of his time working for Ralph Nader in 2004 when he wrote policy briefs as a “PhD in public policy.” Kevin understood how political power works.

Kevin’s work in activism spanned more than 40 years. He worked on political campaigns during high school in Queens, New York and protested the Vietnam War. When radical lawyers Ramsey Clark and William Kunstler spoke at SUNY Buffalo, where he was studying political science, Kevin was inspired to join the civil rights movement. He went to Boston to be a marshal for an anti-racism march and was attacked with others by police on horseback.

During law school at George Washington University, Kevin’s favorite class was on legal activism. He describes the experience in Americans Who Tell the Truth:

“‘We created a group SEXCE (Students for the Examination of Contraceptive Effectiveness) and got legislation introduced in Congress, got the FTC (Federal Trade Commission) to correct their advertising, the FDA (Food and Drug Administration) to start a rulemaking process to correct their labeling. It was pretty amazing to see all of that come out of one law school course on Legal Activism.’ Through this project, Zeese says he ‘learned guerilla law and legal judo’—how to leverage the law with minimum cost and maximum impact.”

Kevin’s first internship was with the National Organization for the Reform of Marijuana Laws (NORML) answering letters from prisoners. He said this gave him a deep understanding of the destructive impact the War on Drugs has on people and their families. After law school, Kevin worked as legal counsel for NORML and then as executive director. He was working to legalize marijuana when Reagan was president and popular opinion strongly supported the Drug War. Kevin sued the Drug Enforcement Agency three times over the reclassification of medical marijuana and won, but each time the decision was overturned on appeal.

RELATED CONTENT: Task Force on the Americas Statement on the Passing of Kevin Zeese

During this time, Joe Biden was the chair of the Senate Judiciary Committee who worked with the racist head of the Dixiecrats, Strom Thurmond, to push for a ‘drug czar’ (Reagan vetoed that) and for more severe punishments. Kevin called Biden the architect of the drug war and mass incarceration.

After NORML, Kevin created the Drug Policy Foundation, which later became the Drug Policy Alliance, and the Alliance of Reform Organizations, which brought all of the groups working on various aspects of the Drug War together as one movement. Kevin understood early on that popular power required building a movement of movements to be effective. He often worked to create unity and collaboration among people and organizations.

In his later years, Kevin’s advocacy work expanded to include peace, economic justice, election integrity, single payer health care and much more. He often recognized issues as important before they were popular and had the courage to take them on even when they were controversial. He had a moral clarity that was unwavering and told the truth even when it was not what people wanted to hear.

Kevin also saw the potential in people and wasn’t afraid to tell them. He touched the lives of and mentored countless people throughout his career. Kevin was the person many people turned to for guidance and assistance, whether it was helping them figure out what they want to do in life or what to do in a time of crisis or advice on strategy. People felt safe when Kevin was around because of his calm steadiness and he always seemed to know what to do. He was a gentle giant who looked out for everyone. He also had a great sense of humor and loved to laugh. 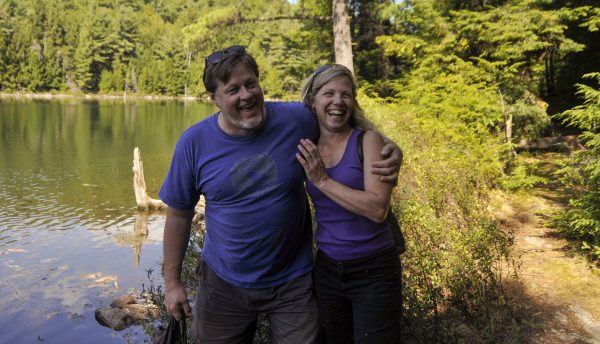 The weekend before his death, Kevin participated in an online rally about how to build power for the changes we need before and after the coming election. He spoke to us about what we must do (video and transcription):

Power to the people! We have the power to change if we stay united. We have incredible opportunity now. We see the movement’s growing, especially after the Democratic National Convention and Republican National Convention. The conventions showed us that those parties do not represent the people and that our power is not in elections. Our power is in building people power — and we see that happening.

We need to build power, so that in 2021 people can rule from below. So that we can call general strikes. So we can stop business as usual. That is the only way change will occur. It will not come from Joe Biden or Donald Trump. It will come from the people.

We also have to understand — and it’s often very hard for people to understand — that the only path to success is failure. We fail and fail and fail until we win. But every time we try, we build the movement. And we get stronger. We can never tell how close we are to success. It’s like we’re banging on a wall, pounding and pounding, and it’s not until that wall begins to crack and we start to see the light come through that we realize we’re getting close to that breakthrough moment when change can occur.

We see the 2020s as a decade of transformation. The movements have been growing since Occupy in 2011, then the Black Lives Matter movement, Fight For 15 — all during the Obama era – and now the growing of the movements during the Trump era. We see the 2020s as a decade of social transformation. In order to have that transformation, we need to be organized and educated . . . It’s normal for us to not always be on a linear path to success. It’s a jagged path. We move up and down, we get stronger.

We all know that Donald Trump is terrible. The worst president of my life! His overt racism; his open support for violent white supremacists; his mishandling of the COVID-19 virus, causing more than 180,000 deaths so far and probably more than 200,000 by the time of the election; his poor response to the economic collapse. He’s leading us into another Great Depression, and he constantly puts in place laws for the wealthy — while poverty, homelessness, debt and joblessness increase.

Later in his career Biden became chair of the Senate Foreign Relations Committee and led in not just voting for the Iraq War, but in the effort to make the Iraq War happen. As chair of Foreign Relations, he put in place massive military budgets, bloated corrupt budgets, while leading us into war after war. When it came to student bankruptcy, he led the effort to make it so students can’t get rid of student debt even in bankruptcy. Now he’s even calling for cutting Social Security when we should be doubling or even tripling Social Security payments.

We all have the power to vote for what we believe in, for candidates [who] reflect the movement. There are many more choices than a few corrupt candidates of the millionaires. And we need to use what little power we have in the elections to send a message of what we are for, to show that those who speak for movement issues get the movement’s support. After we vote, we must build people power, so that people can rule from below.

We must build people power, so that no matter who’s in office, we can stop the government from operating. We can make the country ungovernable. We can put in place general strikes, so that our demands are heard and met. That is how we will win.

RELATED CONTENT: US Activist and Friend to Venezuela Kevin Zeese Passes Away 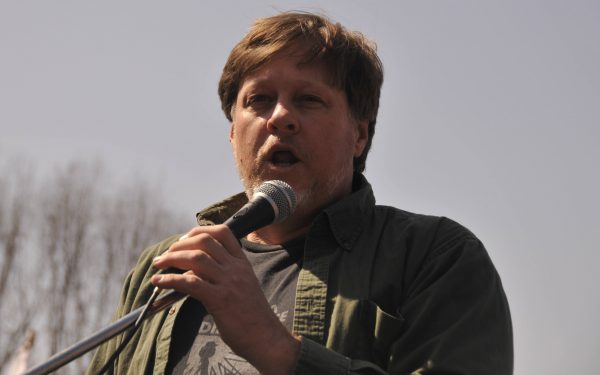 An online tribute to Kevin Zeese will be held on Saturday, September 19 at 3:00 pm Eastern/12 noon Pacific. Simultaneous translation will be provided in English and Spanish. It will be live streamed on Facebook and YouTube. Register at bit.ly/KevinZeese.

We created a Kevin Zeese Emerging Activists Fund to continue Kevin’s legacy by sponsoring young activists and front line grassroots organizations that work for economic, racial and environmental justice and peace. We can best honor Kevin by continuing to support new movement leaders and visionaries who recognize injustice before the rest of us do and have the courage to address it.

Americans Who Tell the Truth writes:

“Zeese sees one of his most important jobs as empowering people because ‘what we’re working on will not be resolved in my lifetime. Part of my job is to help others become their own powerful force that will continue the work after we’re gone…Economic democracy and system-wide political change are multi-decade challenges.’”

Now, more than ever, you are Popular Resistance. Kevin is gone but the work continues and so we need to carry on. Popular Resistance was created in part to inform about what people are doing to stop the machine (resistance) and create the new world (build alternative systems). If you see articles or have a press release from your local group on resistance, constructive programs or movement strategy, please share it with us at info@popularresistance.org.