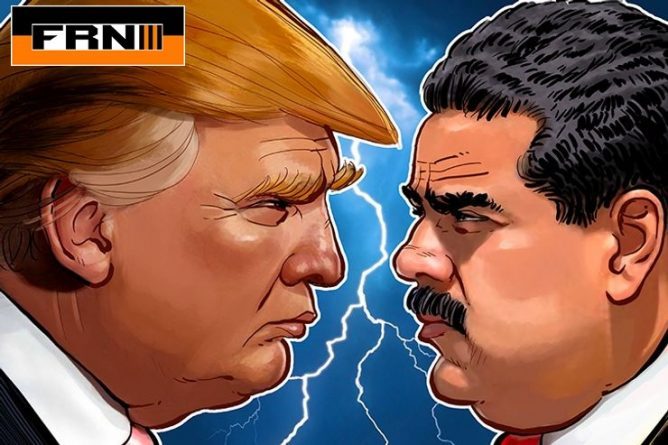 International Opinion
May 5, 2019 orinocotribune Bolton in Maduro's Payroll, Donald Trump, intelligence community, lost in space, President Maduro, Trump not knowing what to do

US President Donald Trump has begun questioning the credibility of US intelligence information about Venezuela and its government during recent events in the South American country, CNN quoted anonymous sources as saying.

The sources said that Trump’s skepticism was caused by the fact that “the military uprising that Guaido and some US officials were counting on failed to gain steam.”

This led Trump “to ask to questions about the reliability of US intelligence that suggested senior members of Maduro’s inner circle were preparing to defect.,” the sources reveal.

The sources added that the US president also pressed his advisors to know “how reliable the information coming from Guaido and Venezuela was and whether it was being interpreted properly.”

This comes after US National Security Adviser John Bolton, Secretary of State Mike Pompeo and Secretary of Defense Patrick Shanahan gathered at the Pentagon on Friday to discuss military options in Venezuela.

Shanahan reiterated White House statements that all options “are on the table.” Pompeo, meanwhile, told Fox News that “military action, which he has not ruled out.” The same was said by Bolton, according to which the US would not allow Guaidó to be mistreated.

Earlier, the Washington Post reported , citing unidentified White House officials, that the Venezuelan opposition held secret talks with some members of the Bush administration, but for now, they seem to have failed.

On April 30, Venezuelan opposition leader Juan Guaidó, who proclaimed himself interim president of the country, launched the so-called Operation Freedom to remove Nicolás Maduro from power. In a video posted on Twitter, Guaidó appears alongside the military and opposition leader Leopoldo López, who was imprisoned since 2014 and was released by the rebels at the La Carlota airbase in Caracas. Guaidó calls for a “nonviolent fight”, says the military on his side and says that “the time is now.”

According to Venezuelan Defense Minister Vladimir Padrino López, the Venezuelan Armed Forces continue to be completely loyal to the legitimate authorities.

Venezuela has dealt with a serious political crisis, with opposition leader Juan Guaidó proclaiming himself interim president of the country on January 23.