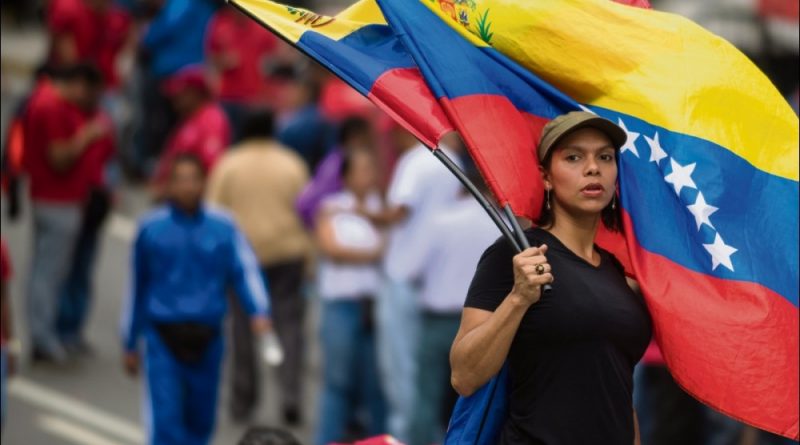 The new onslaught of Donald Trump’s regime against Venezuela and Cuba continued in the heated framework of the 74th UN General Assembly. There, the emperor showed his hatred against governments and peoples that do not bow their heads and resolutely defend the right to decide their destiny without external interference. The slanders and threats he made against Caracas, Havana, Managua and, of course, Tehran, and his vulgar McCarthyist attack against socialism and communism fit into this picture.

Although with less aggressive tone, he also threatened China and Russia and boasted of leading the world’s largest power, with unsurpassed military might. This thuggish attitude, his government’s daily violation of international law and its contempt for combating the already present climate collapse reveal a very dangerous neo-fascist side of the leader of a state with thousands of nuclear weapons and which makes the greatest contribution in the world, per inhabitant, to global warming. Right now, the criminal hostile conduct of the tycoon towards Iran, preceded by his withdrawal from the nuclear treaty, could detonate a conflict of great proportions in an area full of U.S. military bases, ships and war planes, of enemy governments of ancient Persia armed to the teeth and where 30 percent of the world’s oil intersects.

RELATED CONTENT: New US sanctions Against Oil Shipments from Venezuela to Cuba

Taking advantage of the media parroting box for the beginning of the high-level segment of the UN General Assembly, the decadent Trump gang threw itself all around the neck of Bolivarian Venezuela. The failure of their cherished plan at the beginning of the year to achieve in record time the overthrow of President Nicolás Maduro, has been reaffirmed in its genocidal purpose of further suffocating the Venezuelan economy to kill with hunger and disease and lead its people to despair. Without completely ruling out military intervention, Trump seeks that objective through the successive tightening of the blockade and other forms of destabilization. At the same time, it tries to discredit the Chavista government by promoting a totally false opinion matrix that portrays its main civilian and military leaders as corrupt and accomplices of drug trafficking and paramilitarism. And they know it. No matter how much damage they do to Bolívar’s homeland, it is not easy for the Venezuelan people and their Latin-Caribbean brothers and sisters to forget the successful Chavista project of independence, participatory democracy, educational and cultural expansion and elevation, health for all, social redistribution and reduction of poverty and inequality. All of this has been built since 1999 under the leadership of Hugo Chávez, then defended against all odds by Nicolás Maduro, elected to the presidency of Venezuela in 2013 and later re-elected in 2018.

Also On Monday in New York, there was a meeting of the illegal Lima Group followed by another of the foreign ministers of the spurious Inter-American Treaty of Reciprocal Assistance (TIAR), against Caracas. The agreements of both meetings aim to tighten the screws of the blockade and to persecute, as if they were criminals, the Venezuelan leaders. “We need more economic pressure; they will see more sanctions from the United States,” declared war criminal Elliot Abrams, Washington’s envoy for Venezuela. The resurrection of TIAR, always used by the northern power for its bloody and illegal military interventions in our America, leaves the door open for that abominable practice to return. At these meetings in New York, Trump highlighted the help of President Ivan Duque of Colombia, desperate to overturn by constant murders of social fighters and former guerrillas in his country the Peace Accords, which have not collapsed thanks to millions of Colombians who do not want war. Duque is also trying to hide the increased activity of paramilitaries and narco-traffickers and the growth of coca cultivation and production like never before. All this stands in direct contrast to Venezuela’s successes in countering the scourge.

At the same time, Treasury Secretary Steven Mnuchin announced new measures against the shipping companies and ships that bring oil to Cuba, where Washington has promised that no more crude oil will arrive. He tries to justify this harassment of the island by blaming the failure of the plans against Maduro on the fictitious, never-proven, presence of Cuban military and security officers in Venezuela.

Then the delegates to the United Nations General Assembly had to endure Bolsonaro’s stupidity but many of us were uplifted with the words of Evo Morales, “Let’s say it very clearly; the root of the problem is in capitalism, the underlying problem is in the model of production and consumerism, in the ownership of natural resources and in the inequitable distribution of wealth”.