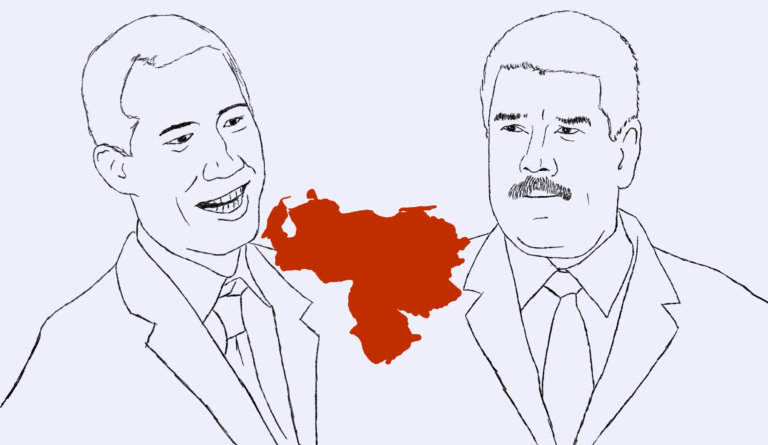 Trump gave his State of the Union to his Congress this week. He is the president behind the curtain. But he is not the benevolent, comical, trickster, wanna-be Wizard of the famous story, but a malevolent and armed ogre that threatens his country and the world.

He spreads lies like magic dust into his people’s eyes conjuring up for them an imaginary USA where all who are sick are sheltered; an America First policy that needs no allies; an imaginary planet that does not need climate accords or anti-nuclear accords; imaginary enemy aliens with the face of Muslims and Latin American migrants; an imaginary Venezuela where a vicious, corrupt gangster of his choosing is supposedly president.

How low has the USA State fallen! Republicans clapped like tamed seals a mendacious president who conjures up false and/or misleading facts about the state of their people and the world.

+ 50 million US citizens with no medical coverage

+ 46% of bankruptcies are due to medical costs

+ 25% of Indigenous people live in poverty

+ 69,550 migrant children were separated from parents –perhaps forever- and held in cages (2019) constituting a crime against humanity

+ The unprecedented decline over the past 3 years in life expectancy in the USA.

While Republicans gave Trump one standing ovation after another, Democrats sat silently keeping their hands to themselves. But when Trump had the effrontery to recognize in the audience the self-proclaimed Juan Guaidó, the fake president of Venezuela and threated the real government of Venezuela, Democrats rose to their feet to join the Republicans in applauding a known thief and scoundrel.

Trump admitted publicly there and then that the US wants to overthrow the legitimate government of Venezuela. He ridiculously lauded a known thief, buddy of a notorious criminal narco-traffic gang, and a political failure, Guaidó, pretending that he is the president of Venezuela.

The USA – supposedly defender of capitalism, and corporate property – robbed Venezuela of its oil corporation CITGO and robbed all Venezuelan assets in USA banks. This is the biggest looting of a country outside of active war that has ever occurred. Trump allowed the Venezuelan embassy in Washington to be raided and taken over by hoodlums against the Geneva Convention. He imposed illegal economic sanctions, against the UN Charter, that have prevented Venezuela from selling oil and buying medicines and food in the international market. The losses to Venezuela exceed $130 billion. These are all instruments of war. These are all violations of international law, the foundation of world peace.

Meanwhile, in Venezuela, on the same day, President Nicolás Maduro was presiding over a march of many thousands of Venezuelans commemorating the day in 1992 when Hugo Chávez rebelled against the neoliberal government of the day that had long looted and oppressed his nation. Nicolás Maduro is the duly elected president of Venezuela, according to the Constitution, in orderly elections, witnessed by international observers, and he is fully recognized as the legitimate president by the United Nations and over 100 diplomatic missions in the country. But most importantly, he is recognized, supported by, indeed endeared to Venezuelans who see him as their hero, as the man who is defending the country against the vicious sanctions that have killed at least 40,000 people (2017-18) and have caused them such economic harm and hardship.

Guaidó is, quite rightly, reviled as the one who has petitioned powerful governments for these sanctions. Unbelievable but true, Guaidó has asked for military intervention with no care of what such violence means for his own countrymen. The Venezuelan people will never forget such treason. Guaidó has absolutely no political future in Venezuela, except in jail.

Despite what Trump may imagine, Guaidó is scorned in Venezuela not just by government supporters, but by his once followers. He has lost all support from the opposition itself and is hounded by them with cries of “Thief! Thief!” wherever he shows his face. Do the US Congressmen and women not have aides who would tell them what the Latin American press, newsreels and videos are showing, what the situation really is? Their wilfulness to go along with the Liar-in-Chief is astounding and disturbing.

Meanwhile, in Nicolás Maduro’s real world, Venezuela has resisted the onslaught of illegal economic sanctions, five coup attempts, and a drone assassination attempt on his life. In Venezuela:

+ A 3.3 million strong civilian militia stands in defense of the nation alongside the armed forces

+ The Government has signed 500 bilateral trade agreements with China

There is social peace in Venezuela, interrupted only by the incursions of the Colombian paramilitary gangs sent by that lackey government to harass the frontier. There is scarcity of many goods that cannot be imported and the private sector shows no scruples in elevating prices to suit their capitalistic appetites. But the public sphere, the communal sphere, the bonds of solidarity and nationalistic pride in withstanding the most powerful nation in the world, is very strong. There is a feeling of unity, of no exclusions for Black, Indigenous, the handicapped, poor, youth, women, rural workers, urban workers.

And even those who may be critics of the government’s policies stand united with Nicolás Maduro in defending the country from the madman in Washington.

Trump does not decide who is the president of Venezuela. Only the Venezuelan people decide.