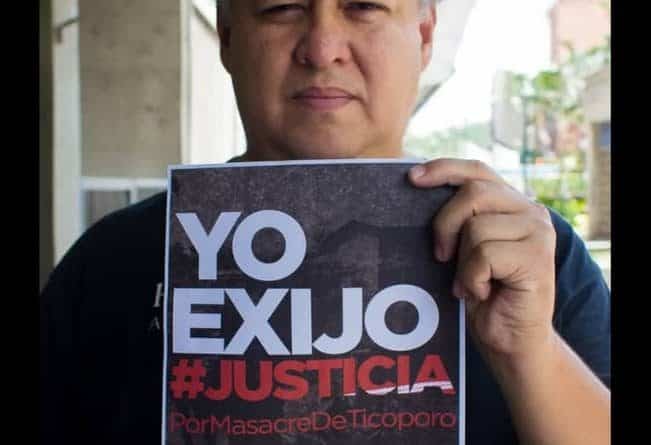 Exactly two months ago, on July 27 at mid-morning, five male “compas” and one female “compa” were killed, militants of the Bolívar and Zamora Revolutionary Current (CRBZ) and members of the Hugo Chávez Popular Defense Brigades. The crime was perpetrated at kilometer 12 of the Ticoporo Reserve, in Barinas state.

The following day, the National Coordination of the CRBZ issued a statement denouncing it: “The modus operandi allows us to infer that the cowardly attack was carried out by a team with military training, presumably composed of elements of Colombian paramilitarism, former Venezuelan police officers and common criminals”. At the same time, they asked for “the greatest speed in the investigations that lead to the clarification of the facts and the punishment of the material and intellectual perpetrators.”

On Saturday, August 3, an emotional action was held in honor of the martyrs of Ticoporo, in the place of the events. There we were, together with classmates from the El Maizal Socialist Commune, and we spoke a few words.

More recently, on September 10, the “compa” Yenifer Urbina, municipal coordinator of the CRBZ, councilor of the municipality Sucre de Barinas for the PSUV, spokeswoman for the Victims Committee of the Ticoporo Massacre, and who also addressed a few words in the aforementioned event in honor of the victims, she suffered an attack on the road between Socopó and Chameta. Fortunately, Yenifer was unharmed.

Unfortunately, so far, investigations have not yielded any results. Therefore, today I join those who demand justice for the Ticoporo Massacre.