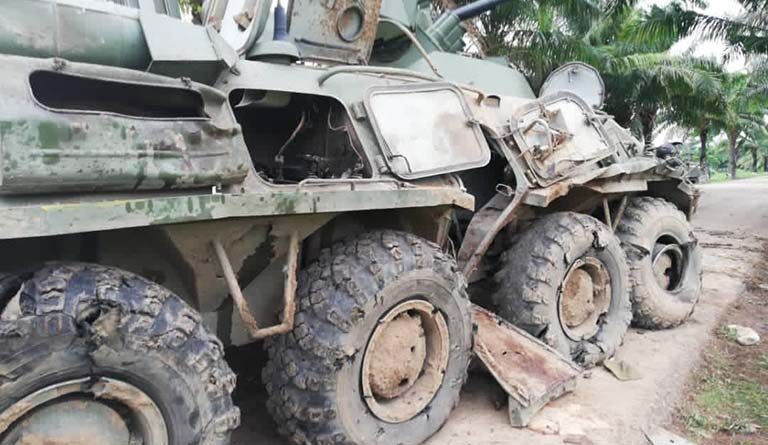 This Thursday, April 1, two Venezuelan soldiers died as a result of the detonation of a landmine by Colombian criminal groups upon a patrol operating in the El Ripial sector of José Antonio Páez municipality, in Apure state, where the Bolivarian National Armed Forces (FANB) is executing operation Bolivarian Shield 2021 against drug trafficking and paramilitary cells, which intend to enter Venezuelan territory to expand their criminal networks.

Wounded military
Authorities reported that nine military personnel were injured in the terrorist act, and all are receiving proper healthcare attention in the military healthcare network.

Likewise, the statement provided a report on actions in Apure state, bordering Colombia, up until yesterday, Wednesday March 31. A total of nine terrorists were neutralized, 31 detainees were placed before the justice of the Military Court, 14 to be held with a custodial measure. Similarly, they reported that a citizen will be presented before the same court in the next few hours.

The Defense Ministry indicated that six explosive devices were deactivated on different highways in the area. Similarly, nine camps were destroyed, including one used for the processing of cocaine paste. Likewise, seizures of weapons, night visors, communication and computer equipment, as well as chemical precursors (urea), were confirmed.

With the death of these two soldiers, the number of deceased military officials increased to four, after Major Edward Ramón Corobo Segovia and First Lieutenant Yonathan Miguel Duarte died during the confrontations. The number of paramilitary subjects killed in combat grew to 13. 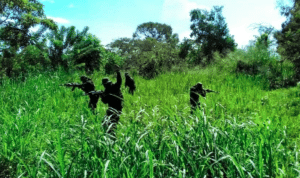 The facts
The clashes began on March 21, between Venezuelan Armed Forces and Colombian criminal groups. These groups are characterized by drug trafficking activities and paramilitarism, and operate in vast territories in Colombia, faced with the complacency and inaction of the Colombian government, which has no control over those areas.

Meanwhile, the Colombian government has accused Venezuela of protecting criminal groups and promoting the displacement of people. In this regard, Venezuelan authorities assure that it is absolutely false that the FANB shelters any unlawful groups. They also repudiated the campaign launched to distort the actions of Venezuela’s defense of its territory in Apure state, in rightful exercise of its sovereignty.

Even the Colombian Ombudsman, Carlos Camargo, acknowledged that the situation of displaced people residing in Venezuela is a consequence of the action of irregular Colombian criminal groups in Apure.

In fact, Colombian Defense Minister Diego Molano reaffirmed to RCN news the statements of the Venezuelan government that point out the Colombian State’s sheltering and defense of these criminal groups. Molano said that three “narco-criminal” groups from Colombia operate on their side of the border, “and they are having a dispute over criminal revenues, drug trafficking routes and airfields.”