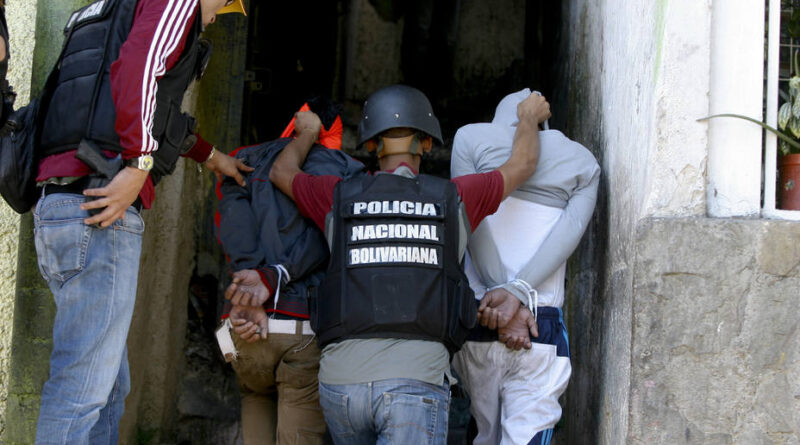 This Tuesday, March 30, the argument for a possible connection between the actions of criminal gangs such as the one headed by El Coqui in the Caracas sector of Cota 905, and those of criminal organizations promoted from Colombia and the United States, gained strength again in recent hours.

In the morning and part of the afternoon of this Tuesday, March 30, there were complaints on social media networks about suspicious movements of armed individuals in the surroundings of the area known as El Pinar in El Paraíso parish, Caracas.

By different means, users reported detonations in other areas of Cota 905, a neighborhood that the aforementioned gang keeps under the lash, and from which they direct most of their criminal operations.

The state of alarm generated a trending topic on Venezuelan Twitter, despite the fact that there was no noticeable actual gunshot exchange, according to Orinoco Tribune’s research among neighbors in El Paraiso. No videos or photos posted on social media recorded gunfire, other than the one posted below by Roman Camacho, a Venezuelan journalist specializing in crime stories and —of course— very anti-Chavista.

Recently, it was noted that while clashes were taking place in the town of La Victoria, on the border with Colombia, in Apure state, an attack on a Caracas Bolivarian National Guard post took place almost in parallel.

Due to these facts, both public opinion and the authorities made associations with last year’s events. At that time there was an escalation of violence by gangs in neighborhoods of Petare immediately prior to the mercenary incursion on Venezuelan coasts, known as Operation Gideon, in May 2020.

Security forces on alert
Police commissions of various security agencies continue their intelligence and deployments to eradicate these criminal gangs. However, it is worth highlighting the implications of the fact that these groups hide in residential areas, therefore, deliberate actions that put the lives of innocent civilians at risk are avoided.

One of the most significant operations of this year occurred in January, when 13 members of the El Coqui gang were killed in a firefight in the La Vega parish of the capital. Officials from the Special Actions Forces (FAES) of the Bolivarian National Police (PNB) and the Corps of Scientific, Criminal and Criminal Investigations (CICPC) are also kept on alert in other neighborhoods.

Featured image: Criminal gangs in Venezuela have connections with Colombian paramilitary groups and US organizations such as the DEA. File photo courtesy of RedRadioVE.