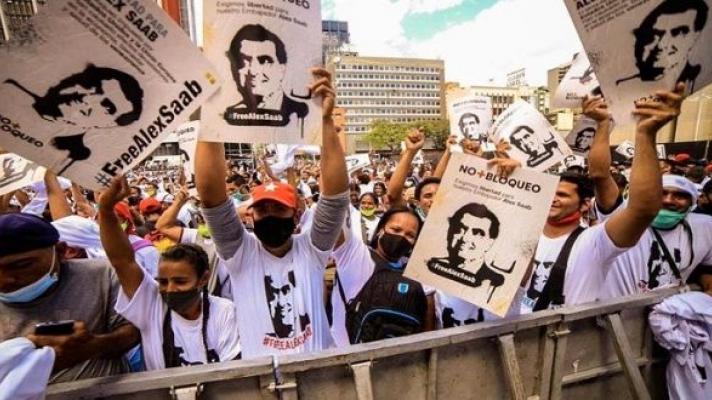 On June 8, the United Nations (UN) Human Rights Committee asked the Government of Cape Verde to suspend the extradition of Venezuelan diplomat and businessman Alex Saab while the international body is analyzing the case.

The committee’s resolution includes a series of measures requested to Cape Verde to guarantee Saab’s human rights, including access to independent medical professionals chosen by him to assess his health condition that, according to his legal team and relatives, has been deteriorating over the course of his detention. The Venezuelan diplomat is suffering from stomach cancer and has been denied visit by his physicians.

The Venezuelan Foreign Affairs Ministry issued a statement welcoming the decision made by the UN and highlighted:

This decision, confirming the serious human rights violations committed to the detriment of Venezuelan diplomat Alex Saab Morán, as well as the risks of irreparable damage to his life and physical integrity, is in total harmony with the ruling of the Court of Justice of the Economic Community of States of West Africa (ECOWAS) of March 15, 2021, in which it was declared that his arrest and detention are arbitrary, and immediate release and annulment of the extradition procedure against him were ordered.

Alex Saab has been arbitrarily detained in Cape Verde since 2019, under pressure from the United States government, which with this measure sought to sabotage the procurement of food that the diplomat organized abroad mainly for the CLAP food program. Saab was also instrumental in the procurement of medical equipment, fuel, and machinery spare parts all these items affected by US illegal sanctions.

The political interest in persecuting Saab continues in Washington with the new Joe Biden administration. In a recent interview with journalist Anya Parampil, Saab’s lawyer, Femi Falana, informed that he has written twice to US President Joe Biden asking him to drop the accusations against his client and respect international law, but both times the US president has not even acknowledged the receipt of the letters.

Attorney for Venezuelan diplomat Alex Saab, Femi Falana, reveals to me that he's written President @JoeBiden twice, asking him to drop the illegal case against his client & respect int'l law

Biden refuses to even acknowledge the letters

The arguments with which the government of the African island nation imprisoned Saab are filled with irregularities that have been denounced by Saab’s legal team, by the bar association of Cape Verde itself, by regional organizations of the African continent such as the ECOWAS, and the government of Venezuela. In recent weeks a campaign has been launched in the US and Canada to mobilize activists worldwide against the clear violation of human rights behind Saab’s kidnapping.

Legal experts call Saab’s detention kidnapping because the conditions of his arrest go beyond legality, for example, his plane was denied landing rights for refueling in Algeria and Morocco and was forced to deviate to Cape Verde to refuel. In Cape Verde the local police forcibly entered his plane and arrested him, disregarding the fact that he was identified as Venezuela’s special diplomatic envoy and hence enjoys diplomatic immunity under international law. The reason provided for his arrest was an alleged Interpol red notice that did not even exist at the time of his arrest and only arrived a day later. In addition, Cape Verde does not have any extradition treaty with the United States, and has denied ECOWAS Court ruling demanding Saab’s complete liberation, despite the fact that Cape Verde is a member of said court and all rulings of the court are binding on all its members.

At this moment there is an international petition campaign launched by the International #FreeAlexSaab Committee aimed at putting pressure on the governments of Cape Verde and the United States regarding the case and also to raise awareness over Saab’s condition on the international level.

Featured image: Venezuela welcomes the announcement of the UN Human Rights Committee against the illegal extradition of diplomat Alex Saab to the United States. Photo: UM.